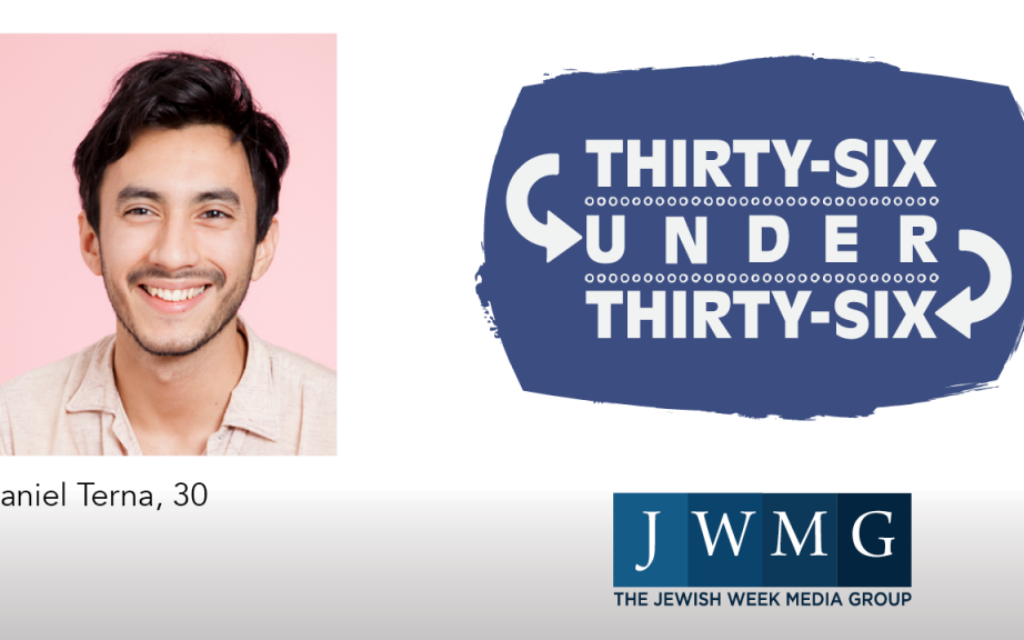 Growing up in Clinton Hill, Brooklyn, Daniel Terna was a little different than his peers. The 30-year old’s father, Fred Terna, is a Holocaust survivor who lived through numerous concentration camps and was significantly older than his friends’ parents. Daniel is also Colombian, and was adopted at birth.

“As a kid, these things that marked me as different weren’t much fun, but as I got older, I realized they made my family pretty exceptional,” said Terna. Drawn to photography since he was young, Terna began photographing his father going about his everyday life as a hobby.

“As a young artist living with an aging Holocaust survivor, I recognize what a unique and important position I’m in to offer testimony in this way,” said Terna, who went on to study photography at Bard College and at Jerusalem’s Bezalel Academy of Arts and Design. “I try and capture my father in typical scenes, like shaving, eating, and gardening, where his fragility is evident.”

Terna has also photographed his father — who has always been a willing participant — going about his work as a painter creating elaborate masks. “My father speaks so much about the Holocaust to schoolchildren and organizations, but I wanted to capture what he looked like just living his normal life, with the trauma and memory of the Holocaust always just under the surface.”

Terna accompanied his father to Dachau in 2015 for the 70th anniversary of the camp’s liberation.

“As an artist, I grapple with the proper way to commemorate trauma, and I don’t know that there’s any one way to achieve it properly.”

As his father has aged, Terna’s work has taken on a new urgency.

“One of the goals of my work is to explore how we can pass on knowledge and memory to younger generations,” he said. “I know my work won’t end after my father is gone because my perspective as an artist will evolve, and there will always be unanswered questions about how to preserve the memory and legacy of the Holocaust.”

Read all about it: Terna can fit his entire body into a Village Voice newsstand.