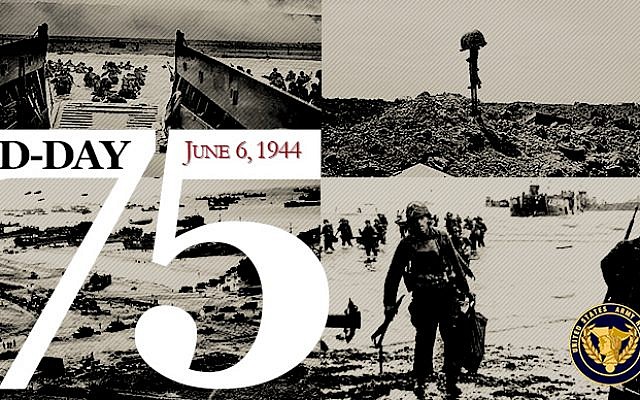 Today commemorates the 75th anniversary of the D-Day, otherwise known as the Normandy landings in which the Allies—America, England, France, Canada—united in their pursuit of a free and better world. Men stood in the face of death and pushed forward, because they knew the cause was greater than themselves

Though the men whose boots trampled the sand at Normandy are gone, their legacy lives on. The day stands as a reminder of what we can accomplish when we are together. In a nuanced world with few disparities between what is good and what is wrong, D-Day is a searing example of when the world stood tall. The history of today should serve as a reminder of what the world can achieve when we work together for a common cause. Instead of antagonizing each other or highlighting our differences, let’s remember what unites us, what makes us who we are as humans.

While the landing craft have all been scrapped, the planes all out of service, the guns all rusted, the ideas that pushed those soldiers to open their gates, to storm those beaches, live on. Their struggles, their tragedies, their hopes, their dreams, live on.

But the battle did not end once the Allies took the beach. The battle still rages on; it is inside of us; it is on those very beaches; it lives on everywhere. The fight for freedom might have begun that day, but that fight burns forward. The world that those soldiers envisioned has been started, the foundations achieved, but they are by no means finished. The work of D-DAY is the duty of all Americans to finish. So, let the legacy of D-Day be that the fight lives on, the ideas push forward, the dream, never dies.