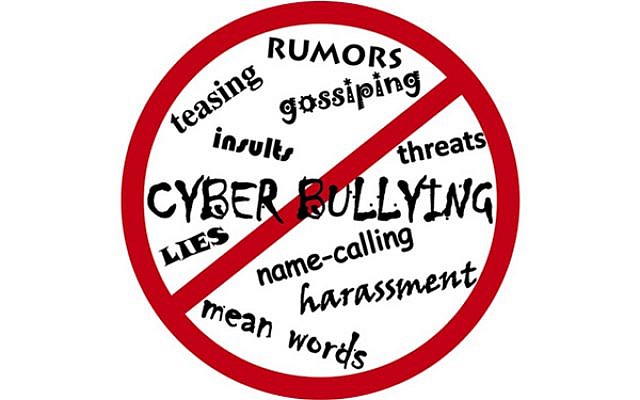 First Lady Melania Trump recently embarked on a three-state tour to promote her “Be Best” initiative, which advocates for children’s welfare, including bullying prevention. On March 4, Trump arrived in Seattle and visited the Microsoft campus in Redmond to learn about programs and apps designed to educate children about staying safe online. In light of her campaign, it’s worth re-educating ourselves about cyberbullying.

If you told people who lived 100 years ago that in 2019, it would be possible to destroy someone’s life through a screen, they would laugh at you. “That’s ridiculous,” they’d say, “you can’t inflict pain through a screen.” But in today’s world, one could argue that screens might actually inflict more pain than physical violence, which is painful but short-lived. When the bully releases you from his grip, you are free. However, in the internet world, a person can attack you at all hours of the day without ever being identified; cyberbullying is relentless. A one-time incident hurts, but when the bullying goes on endlessly, a person’s life can become unbearable, imbued with constant fear. Research indicates that victims of cyberbullying have an increased likelihood of developing mental health problems such as low self-esteem, stress, depression and anxiety. In extreme cases, this can lead to suicide. Indubitably, the internet grants bullies a tremendous medium to hurt and wreak long-lasting pain.

Oddly enough, cyberbullying can also have lasting effects on the bullies themselves. It’s estimated that one out of four elementary-school bullies will have a criminal record by the time they are 30. Even as a minor, a cyberbully can be brought to court, fired, expelled or even arrested. Not everyone suffers these consequences during childhood, but past decisions of a cyberbully will very likely come back to haunt them. It’s becoming increasingly true that ‘What goes online stays online,’ and as is known, virtually all employers in this day and age will google a candidate’s name at some point in the hiring process. Employers can easily access and view old social media accounts, comments and posts. It is very possible for a potential candidate to lose their chance at a job because of past cyberbullying.

Now, more than ever, we must try to eradicate bullying in all its harmful forms. Michelle Boykins, Director of Communications and Marketing for the National Crime Prevention Council explains, “It’s not just kids being kids. We have to make sure cyberbullying is not a rite of passage. If we don’t change the culture then we are helping young people be victimized.” Although we have no power over the choices of the bully, we can choose our reaction. We can choose to be bystanders, or we can opt to reach out and act to better the situation.

When my friend showed me the mean comment posted anonymously on her social media page on ask.fm, she was visibly hurt. There was no way to trace who had posted the mean review or to determine who had seen it. In an effort to resist this form of bullying, we reported the post and emailed the founders of the site, explaining to them how easy it was to misuse the platform. Although we never heard back, the account was ultimately suspended, and we made it known that this isn’t okay. Being a bystander empowers the bully to continue but standing up for the victim or reporting the bully may help end the bullying. Just imagine how much happier the world would be if we all stopped following online bullies on their social media platforms.

The teenage years are not an easy time; rumors can be merciless, insecurities become rampant and self-judgment becomes the norm. It’s exhausting to ask teenagers to deal with cyberbullying on top of all that. A significant amount of personal growth takes place during the teenage years and being cyberbullied can stunt that growth and negatively impact teenagers’ already-sensitive self-esteem.

While the internet has a significant capacity to harm people, such as cyberbullying, it can also become a place of positivity and a way to foster happiness. Hopefully, in the near future, anti-cyberbullying campaigns will be successful, and the internet will be more positive than negative.