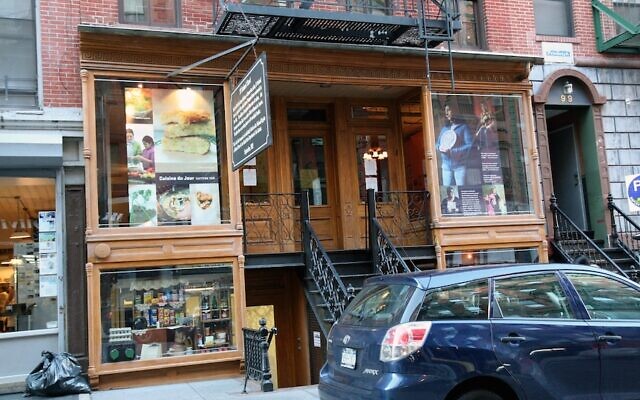 The Tenement Museum at 97 Orchard St. on the Lower East Side is the subject of  an interactive feature by The Washington Post, with 3-D looks into how immigrants lived in the historic building. (Wikimedia Commons)

Good morning, New York! Enjoy your day in the most congested city in the United States, according to a new traffic analysis by Inrix.

REMEMBER MY NAME: At a former Long Island psychiatric hospital, the graves of many Jewish patients are marked only with numbers. Stewart Ain reports on why that happened, and how a Jewish college and the state are trying to make their families whole. (New York Jewish Week)

DROPPING THE HYPHEN: The New York Times has updated its style guide and now favors the use of the spelling “antisemitism” over “anti-Semitism,” Jewish Insider reported. (JTA)

BDS ON CAMPUS: The CUNY School of Law’s Student Government Association voted in favor of the academic boycott of Israel, and called on the university to “cut all ties” with campus groups “whose mission includes support for the State of Israel.” (Jerusalem Post)

TIME MACHINE: Take a virtual tour of 97 Orchard St. on the Lower East Side, the site of the present-day Tenement Museum, via an interactive feature from The Washington Post. 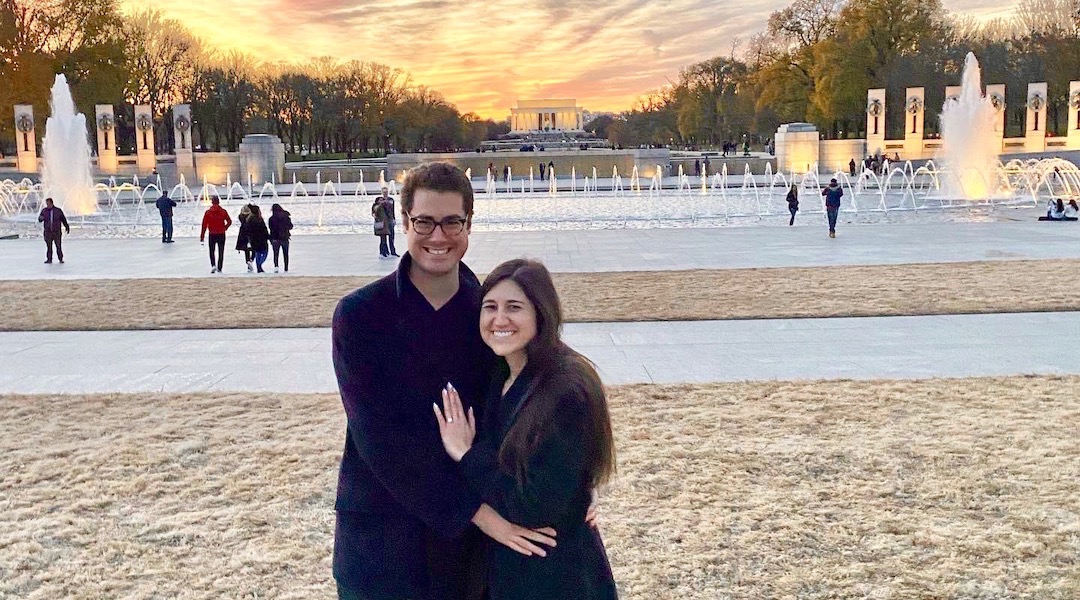 Joshua Fattal, above left, an associate at Goodwin Procter LLP, got engaged to Julie Rheinstrom, right, counsel at the House Judiciary Subcommittee on Immigration and Citizenship, on Saturday at the Lincoln Memorial. Josh is a 2010 graduate of Yeshivah of Flatbush, and in 2013 was honored as one of The Jewish Week’s “36 Under 36” young leaders for heading projects focused on Israel and Zionist thought as an undergraduate at Columbia University. He is the son of Thea Wieseltier, the Director of Strategic Projects and Public Programs at 70 Faces Media, The Jewish Week’s parent company.

Amy Landsman and Jared Sapolsky met on one trip to Israel, and became engaged on another. Read about their romance in our regular Matchmaker column.

Ephraim Shoham Steiner, the 2021-2022 Fordham-NYPL Fellow in Jewish Studies and member of Fordham’s faculty in Medieval Studies, will explore the history of the medieval city of Cologne through Christian and Jewish sources. Hosted by Jewish Studies at Fordham University. Register here. 4:00 p.m.

In “Under Jerusalem: The Buried History of the World’s Most Contested City,” journalist and author Andrew Lawler shares previously unpublished images by National Geographic photographers, and discusses how a 150-year quest to unearth the city’s biblical history has  led to discoveries, riots and bloodshed. Register for this Center for Jewish History program here. 6:30 p.m.