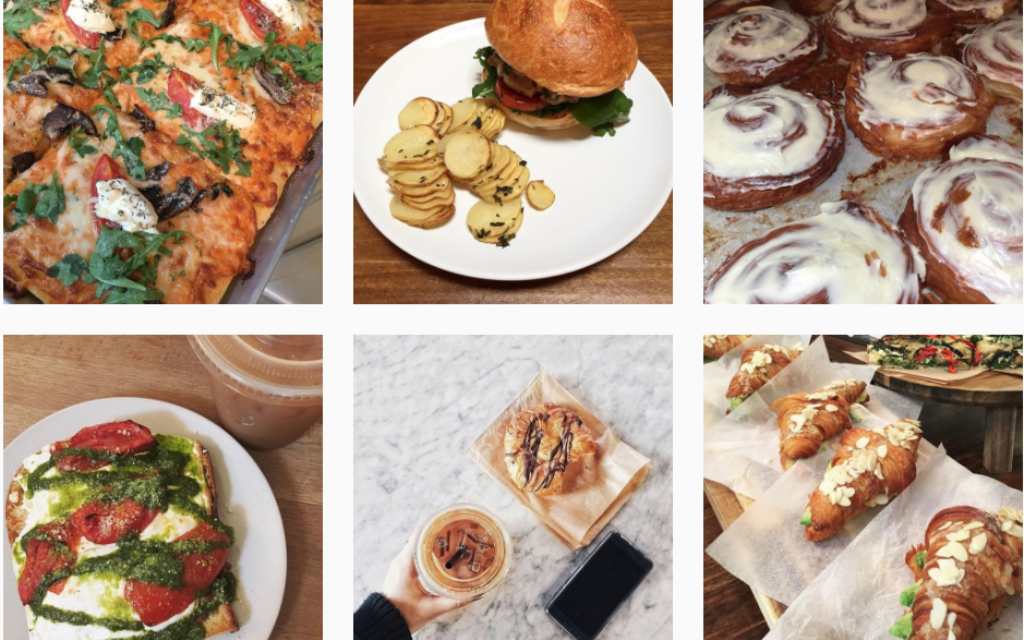 Dolly Rotter, a Chabad chasidic grandmother of 19 and great-grandmother of 25, has lived on the south side of Eastern Parkway in Crown Heights since she was 6 years old. When the first kosher pizza shop, Shabsie’s, opened on Utica Avenue in the 1960s, she recalled the jubilation in the then-fledgling chasidic community.

“Forget about restaurants — there was a time in Crown Heights when if you needed a button and thread, you went to Borough Park,” she said. Shabsie’s opening beckoned in a new era “that sparked an interest in a lot of people opening pizza stores.”

Fast forward to today — Crown Heights, which is headquarters of the Chabad-Lubavitch movement, is quickly becoming an epicenter of fine kosher dining, drawing patrons from across the New York metropolitan area and beyond. In the rapidly shifting Brooklyn neighborhood — as rents skyrocket, bike shops replace bodegas and young hipsters become fixtures in multiplying coffee spots — the artisanal kosher food scene is seemingly the next evolution amid the neighborhood’s changing demographics, a unique confluence of chasidic and bohemian culture. 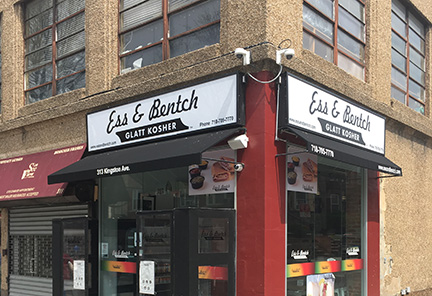 The shift was highlighted last month by the highly publicized battle between two kosher pizza restaurants on the north side of Eastern Parkway and Kingston Avenue — Calabria, the recently opened Roman-style pizza eatery, and Basil Pizza & Wine Bar, a popular upscale kosher restaurant that opened in 2010 and is credited with ushering in the new era of fine kosher dining in the neighborhood. While the chasidic owners faced off in religious court over whether the newcomer broke Jewish law by opening so close to Basil, creating unfair competition, readers realized what Orthodox diners already knew: when it comes to eating well and eating kosher, Crown Heights has, perhaps surprisingly, arrived as an eating destination. 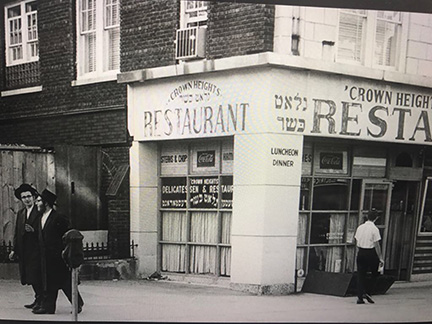 A glatt kosher restaurant in Crown Heights, pictured in the 1960s. Jan Yoors/Courtesy of the Yoors Family Partnership and L. Parker Stephenson Gallery

“Crown Heights has become a bastion of kosher culinary delights,” said Gabriel Boxer, founder of thekosherguru.com, a popular kosher dining website. And, while quality kosher restaurants are in no short supply in other Orthodox neighborhoods, what Crown Heights is offering is qualitatively different, he said.

“It’s a chill vibe,” Boxer said, unlike the “high-end, elegant places in Manhattan. You never had that before.  People used to come [to Crown Heights] for religious reasons — now they’re trekking [there] for culinary reasons.” 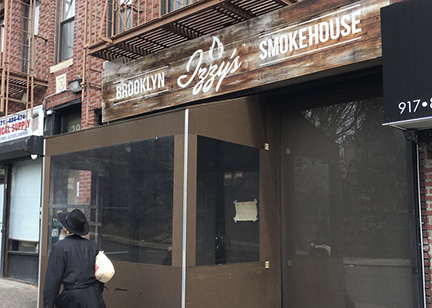 Over the past three years, kosher eateries in the neighborhood are growing at a rate of about three per year, according to restaurant owners. The Brooklyn Artisan Bakehouse, which opened last year, serves buttery cinnamon buns and carefully crafted subs on fresh bread. Izzy’s Smokehouse, opened in 2015, serves Texas-style barbecue and richly smoked meats. Boeuf & Bun, an artisanal hamburger joint across the street from Basil, opened in January 2014 and today serves up kosher burgers with such toppings as grilled pineapple, truffle mayonnaise and pickled beets to upwards of 1,000 people a week.

A new Israeli eatery, Alenbi, is set to open on Nostrand Avenue and Crown Street this year. Chef Elior Balbul, who gained recent recognition for the popular Blue Sky eatery in Tel Aviv, says his Crown Heights venture will offer new twists on traditional Israeli
foods, such as “falafel tartar” and a thin ring-shaped bread he calls a “Jerusalem
bagel.” 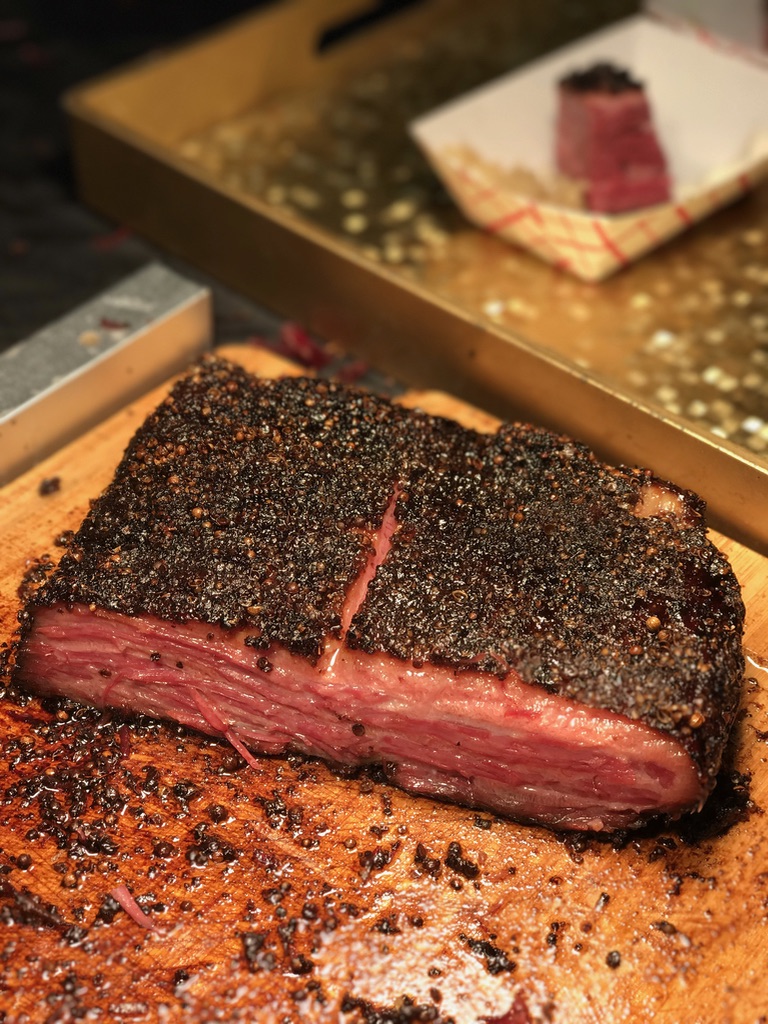 “My belief is that if you make good food, there’s room for everybody,” said Izzy Edelman, founder of Izzy’s Smokehouse. Today, on a busy Sunday, his restaurant goes through between 800 and 1,000 pounds of meat. In the future, he hopes to expand his current space, which holds about 12 tables, into a Southern-style 4,000-square-foot warehouse with picnic tables and booths.

This month, Edelman competed in a food competition called Brisket King and won first place, marking kosher history as the first kosher restaurateur to win the competition; in 2015 he was runner-up. “My goal is at all times to control quality,” he said. “I want to [give customers] the best product out there.”

The quality and experience of kosher fine dining has shifted dramatically in the past few years, according to Roger Horowitz, an historian of American business with an expertise in kosher products.

“Thirty years ago, you may not have had the variety of kosher flavorings that we have now,” he said. A place like Izzy’s, which offers a range of cuisine previously not available to kosher consumers, is able to thrive in a climate that “combines entrepreneurial spirit with quality ingredients previously off limits.” Crown Heights food entrepreneurs, Horowitz continued, are “putting two and two together: Jewish interest in innovative cuisine and then the opportunities presented by having kosher materials more widely available.” 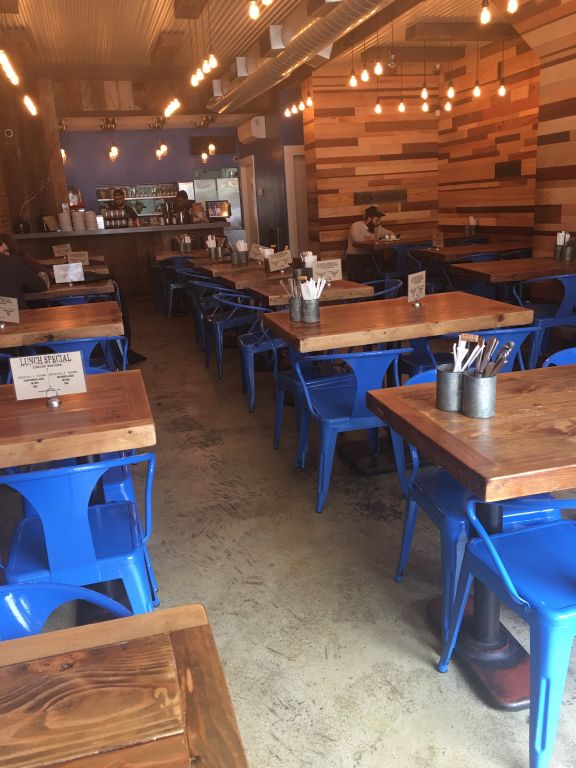 The interior of “Boeuf & Bun,” an “artisanal burger lab” attracts patrons from all over New York. Chaim Levin/JW

For Tzemach Woolstone, founder and owner of Boeuf & Bun, that means introducing dishes like chicken and waffles or beef bacon-wrapped jalapeño poppers. Woolstone, who has been fond of cooking since the age of 10, felt an affordable, quality kosher burger was missing from restaurant menus.

“We were either getting fast food burgers or much higher-end stuff,” he said. “[We offer] a more relaxing environment where you can come as you are.”

Chabad chasidic Jews make up 90 percent of the Jewish community in Crown Heights, according to a 2011 UJA-Federation study. Experts suggested that the Chabad community’s unique openness to secular trends, including changes in fashion and social media, make the neighborhood a perfect location for food innovations to take hold and reinvent themselves for the kosher consumer.

“Crown Heights embraced social media and the Internet and used it to their advantage,” said Boxer. “[Chabad has used] social media to push this new type of food. People want to be a part of it.” 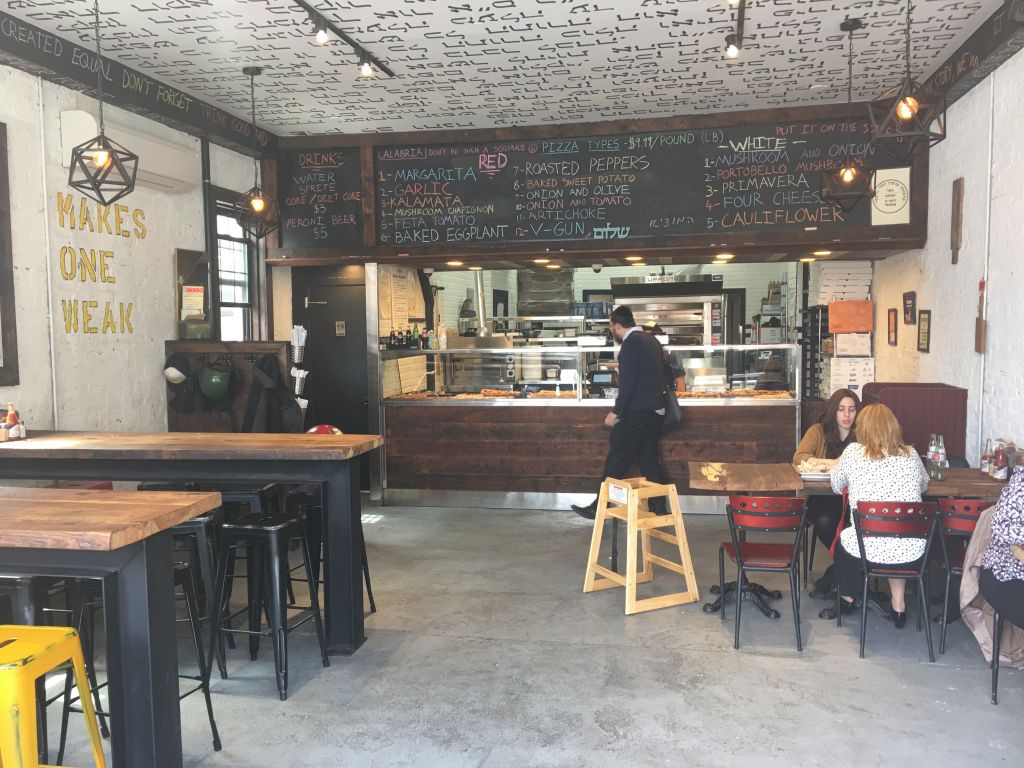 Levi Krinsky, 31, owner of the Brooklyn Artisan Bakehouse, said that the unique convergence of hipster culture and Chabad chasidic culture contributes to the success of artisanal kosher food in the neighborhood.

“You have so many outsiders coming to Crown Heights, it’s becoming like the hub, the hot spot,” he said. When the Bakehouse opened last year, he said he did not have to advertise at all — photographs of the bakery’s fresh baked goods, salads and sandwiches circulating on social media was enough. Today, it’s serving 1,000 customers a week. 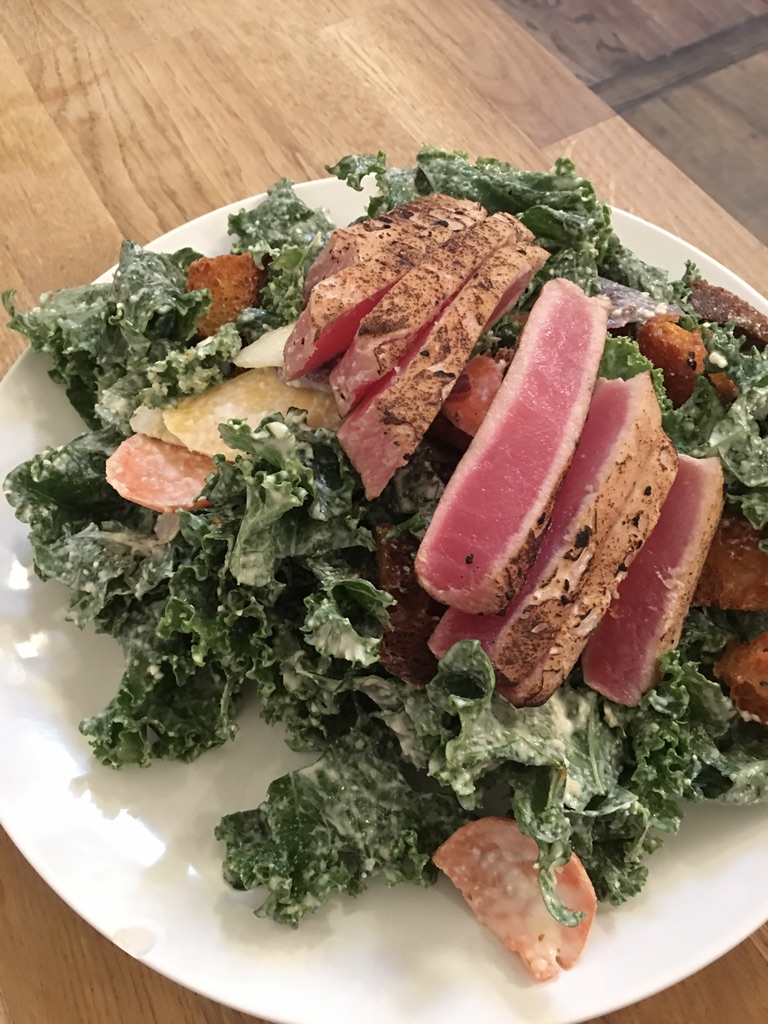 Krinsky, whose mother is Italian, said his baking techniques are inspired by summers spent growing up in Italy. “People coming here no longer want the old, heimishe bakery from the corner,” he said, using the Yiddish term that connotes homey, and not necessarily healthy, food.  “[They want] quality artisan bread.”

Though Crown Heights kosher diners now have an impressive range of options, locals voiced the desire to have more reasonably priced restaurant options. (The average bill for a table of two at a sit-down spot like Basil can easily top $100 not including drinks.)

Yocheved Sidof, a local Chabad mother of four, said that she hopes for a less expensive option where she can take her family on an average weeknight without spending above their means. “I wish there was a nice milchig [dairy] place that wasn’t as expensive as Basil. Like a Cafe K or Cafe Rimon, those kinds of places,” she said, referring to less costly eateries in Midwood and Crown Heights respectively.

Sidof added that she hopes to eventually see even more options in the neighborhood. “Mexican, Indian, Thai — I can definitely imagine that,” she said.

Chaim Levin is an editorial intern; Hannah Dreyfus is a staff writer.