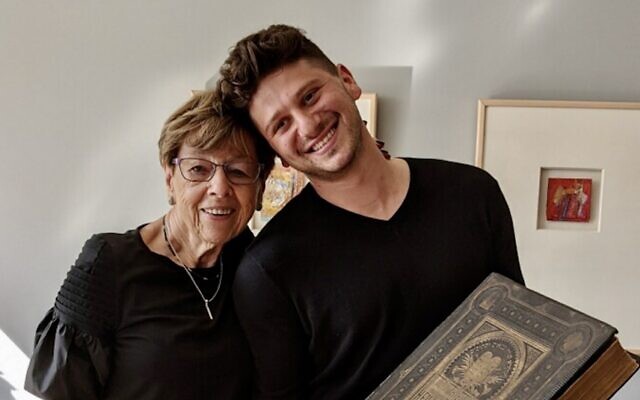 Susi Kasper Leiter and her grandson Jacob Leiter hold the 1874 family heirloom Bible that was returned to their family after being hidden during the Holocaust and discovered by the owners of a house in Germany where Jacob’s great-great-grandparents were interned. (USHMM)

Good morning, New York. Join our colleagues at My Jewish Learning for a book talk with Shaul Magid, author of a new biography of the Brooklyn-born radical rabbi Meir Kahane. He will be in conversation with Emily Burack, an editor at Alma who contributed research for the book. Today, 4:00 p.m.

TARGET: A 23-year-old Jewish man in Crown Heights was shot with what authorities think was a BB gun. (New York Post)

REUNITED: An Upper West Side survivor and her family were reunited with an heirloom Bible hidden during the Holocaust. (Jewish Week)

UNSALVAGEABLE: Over 5,000 books destroyed during Hurricane Ida, including 2,000 children’s books, were cleared out of a popular Jewish library in Crown Heights. (CoLive)

NOT SO FAST: A federal judge issued a preliminary injunction on New York’s health care worker COVID-19 vaccine mandate, halting the mandate until a case seeking to include exemptions on religious grounds makes its way through the courts. (Times Union)

Jim Fleischer, a Canton, Ohio native who served as CEO of the historic Jewish fraternity Alpha Epsilon Pi since June 2018, died from cancer on Saturday. He was 52. Fleischer previously worked as a fundraiser for UJA Federation of New York and later owned his own printing business on Long Island. 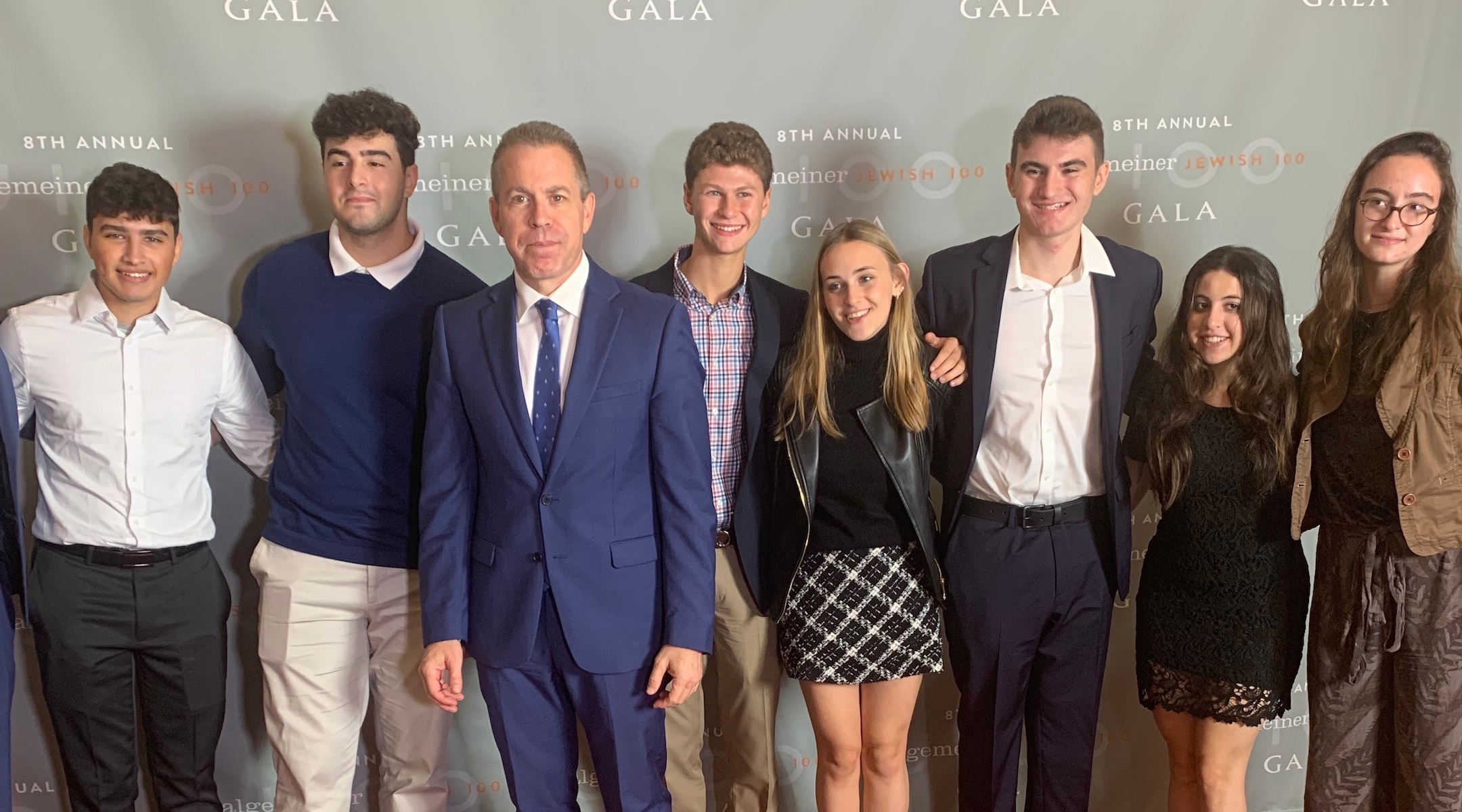 KEEPING IT 100: Gil Erdan, third from left, Israel’s representative to the United Nations and ambassador to the United States, and current and former participants from The Jewish Week’s Write On For Israel and Fresh Ink programs attend the 8th Annual Algemeiner J100 Gala in Rockleigh, New Jersey, Oct. 12, 2021. The Jewish newspaper honored Erdan with its “Witness to Truth” award, along with TV host Meghan McCain, philanthropist Nina Rennert Davidson and Algemeiner editor in chief Dovid Efune and his wife Mushka. (Jewish Week)

My Jewish Learning presents the first in a three-part series about the Book of Job with Rabbi Dorothy Richman. No previous knowledge of Hebrew or Torah study necessary. Register here. 12:30 p.m.

“Two Centuries of Modern Antisemitism,” a five-week course unpacking the evolution of antisemitism in the 20th and 21st centuries, begins today. Presented by the Melton School of Adult Jewish Learning, the course is taught by Yael Weinstein, Melton’s director of Community and Online Learning, $59 sliding scale fee; register here. 1:00 p.m.