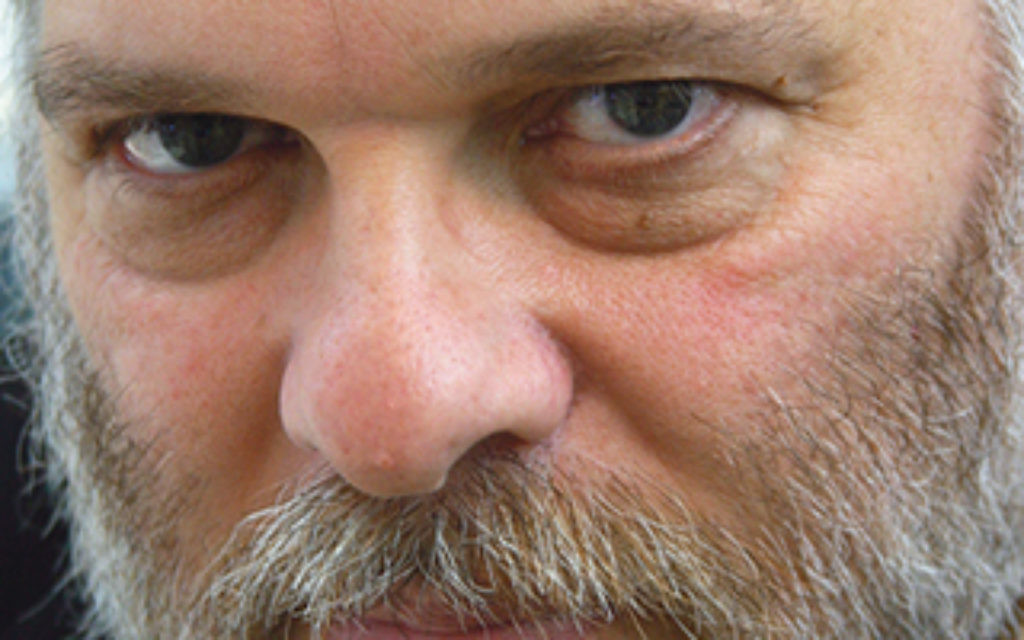 Before Elie Wiesel was a survivor, he was a Jew. His introduction to Yiddishkeit had nothing to do with cuisine, comedy or politics, but the loneliness of exile, a yearning for Zion. He recalled that the first words of the first lullaby he ever heard were “In dem Bais Hamikdash,” in Jerusalem’s Holy Temple, the widowed daughter of Zion sits alone, rocking her “Yidele” to sleep, one day he’ll wander.

In Auschwitz, Zionist songs were his solace: “We would often hum tunes evoking the calm waters of Jordan and the majestic sanctity of Jerusalem. If we were granted our lives … we would take the first boat for Haifa,” he wrote in “Night.”

In time, Wiesel, Nobel Peace Prize winner, would be challenged about Israel’s politics and policies. He didn’t see the need to challenge Israel. Where others heard politics, he heard lullabies. He remembered when even the most imperfect Israel would have seemed messianic.

He’d been mocked in print by writers such as novelist Tova Reich and Israel critic Norman G. Finkelstein for exploiting the Holocaust. Finkelstein told Salon, “Elie Wiesel is such a ridiculous character. The expression ‘There’s no business like Shoah-business’ [was] literally coined for him.” Because of Wiesel, said Finkelstein, “we only know about those genocides that serve the interest of the U.S. and Israel.” Others questioned whether “Night” was truth or a novel.

But the main event was always with those who didn’t share Wiesel’s politics. Wiesel, the proud child of Vizhnitzer chasidim, was depicted by some as nothing less than a hypocrite. As Haaretz headlined in 2014: “Elie Wiesel Hides Ethnic Cleansing Behind a Prayer Shawl.”

In 2001, Wiesel wrote in The New York Times, “I have long denied myself the right to intervene in Israel’s internal debates.” After all, “my own memory is bound up with its history.” He may have “more sympathy” for this politician or that, “but that’s my personal business; I don’t talk about it.”

As for Jerusalem, “it is at the center of my commitments and my dreams. … Jerusalem, for me, is above politics,” though, of course, on an earthly level, it never was or is.

He acknowledged the “acerbic articles scolding me for not protesting whenever Israeli police or soldiers react excessively to violence from Palestinian soldiers or civilians. I rarely answer. My critics have their conception of social and individual ethics; I have mine.”

But why, asked Tikkun’s editor, Michael Lerner, after Wiesel’s death, hadn’t he ever questioned why there should have been a federal museum of the Jewish genocide before a museum about slavery or the “genocide of Native Americans?” Wiesel, writes Lerner, “was no prophet nor someone who really understood the Jewish prophetic tradition.” He was “largely silent about the War in Vietnam and, more importantly, the oppression of the Palestinian people.”

In fact, Wiesel had once been a member of the editorial board of Tikkun, a leftist magazine, but resigned, said Lerner, because he felt “Jews should not publicly critique other Jews.”

Lerner noted the “post-traumatic stress disorder that continues to shape the consciousness of many contemporary Jews should be dealt with in a compassionate and empathic manner,” so Wiesel’s memory should be blessed, even as we acknowledge his limitations. But who among us does not have limitations?

In 2015, when dozens of Democratic congressmen, including Jewish ones, boycotted Prime Minister Netanyahu’s address to Congress, Wiesel flew to Washington to support Netanyahu’s warnings about Iran’s nuclear threat to Israel. Politics was one thing, a potential Holocaust was another. If Israel’s isolated leader would be in Congress, Wiesel would be with him. That place was his place. He participated in a full-page newspaper ad, comparing the president’s “catastrophic” Iran deal to Haman or the Holocaust. Wiesel said in the ad: “As one who has seen the enemies of the Jewish people make good on threats to exterminate us, how can I remain silent?”

Many loved him for that, but others were bothered by his support for Netanyahu. Peter Beinart’s Haaretz column was headlined: “Why does such a great man keep apologizing for a government that betrays his ideals?” Beinart, of course, was assuming that Wiesel’s ideals were akin to Beinart’s, not Netanyahu’s.

Thane Rosenbaum, a novelist and essayist, told The Jewish Week, “No Holocaust survivor should ever be asked to apologize for how much they love Israel. That’s the problem with liberal Jews: They actually think that Israel” — and therefore Wiesel — “owes them each a personal apology: ‘Your actions in the Middle East have hurt me personally, Israel. Now I can no longer love you.’ That’s moral narcissism.”

Abe Foxman, former director of the Anti-Defamation League, told The Jewish Week, “I’m not impressed by the criticism. Look, Elie he was twice asked to be president of Israel. His love for Israel was unconditional.”

Foxman, a survivor, said that many who lived through the Hitler years loved Israel unconditionally because “if, during the Holocaust, there had been a Jewish state, whatever its policies, six million Jews would not have perished.” Loving unconditionally means, as with family, a love, with all its courtesies, that isn’t conditional on complete agreement. “Even today,” said Foxman, “Israel is a place of refuge, and the insurance policy for Jews in the future.”

Wiesel was raked by others, as well. In 2001, Christopher Hitchens wrote in The Nation: “Is there a more contemptible poseur and windbag than Elie Wiesel?” Hitchens pointed out that after the Sabra and Shatila massacre in 1982 (when Israeli allies, the Phalangists, a Christian Lebanese militia, killed hundreds of Palestinians), Wiesel was asked by The New York Times (Sept. 22, 1982) to comment. Said Hitchens, Wiesel “was one of the few American Jews approached on the matter to express zero remorse.” Wiesel told The Times, “I don’t think we should even comment,” adding that he felt “sadness — with Israel, and not against Israel.”

And “for the victims,” added Hitchens, “not even a perfunctory word.”

In fact, Wiesel told The Times that since the Holocaust “this has been the worst and darkest Rosh HaShanah for me. It is not that I accuse or indict anyone, and surely not the people of Israel, but I felt sadness. … In a strange way, I felt responsible.”

A few days later in The Times (Oct. 13, 1982), Wiesel was quoted by Samuel Freedman: “When you think of those innocent children,” Mr. Wiesel said, “you should think of Jeremiah, wherever he is.” Hardly as callous as Hitchens suggests.

Over the years, one of the strongest critiques came from Arthur Hertzberg, the late Conservative rabbi and liberal activist, in The New York Review of Books (August 1988). Hertzberg had been a president of the American Jewish Congress, who left Poland in 1926. By 1946, his mother was lighting 37 yizkor candles. Unlike Wiesel’s secular critics, Hertzberg’s essay invoked five biblical prophets and the Kotzker and Berditchever rebbes.

Hertzberg pointed out that Wiesel had, in fact, once been rather vocal on behalf of the Palestinians. At the beginning of the first intifada, wrote Hertzberg, “You have expressed sympathy for the ‘anger of young Palestinians,’ writing that the Palestinians are ‘treated as non-persons … . Why,’ you say, ‘shouldn’t they have chosen violence as a means of attracting attention to their existence and their dreams of obtaining a national identity?’” [Wiesel in The New York Times, June 23, 1988]. “You have deplored ‘the extremists in both camps.’”

And yet, Hertzberg criticized Wiesel for telling Palestinians to “stop using stones and start using words,” but not appealing “to the Israelis to do anything at all,” to move away from “repression and toward negotiation.”

After Wiesel passed away, Anshel Pfeffer, a columnist for Haaretz, also defended Wiesel (July 11). Did Wiesel have a tendency to overlook the faults of allies? Well, said Pfeffer, that could also describe Mohandas Gandhi, Nelson Mandela and Muhammad Ali, each of whom sought allies from Adolf Hitler to African dictators to Saddam Hussein. When they died, “you heard nearly nothing about their unsavory friendships … . Compare that with the small but vocal corner of public opinion and punditry, which [since] Elie Wiesel passed away, seems to be obsessed with the fact that he didn’t care much for the Palestinians.” Wiesel “made too many people uncomfortable with his constant reminders that not long ago Jews were an endangered and hunted-down species.”

Yes, writes Pfeffer, “After the Holocaust [he] feared, with good reason, that once again the Jews would lose and another genocide” could take place in Israel. “He visited in 1949 while Israel was still barely hanging by a thread, while absorbing millions of survivors like him.”

Pfeffer admitted that he and Wiesel might have voted differently. “So what? He saw Israel as the haven that must be protected at all costs.” Don’t blame the man “who had seen his family and community destroyed and felt that Israel should take no risks.”

Wiesel, wrote Pfeffer, “still found time to speak out on behalf of Cambodians, Bosnians, Rwandans and other victims of genocide. But he wouldn’t do so for those whom he saw as endangering his own people.”

Elie Wiesel, concluded Pfeffer, “had nothing to apologize for.”