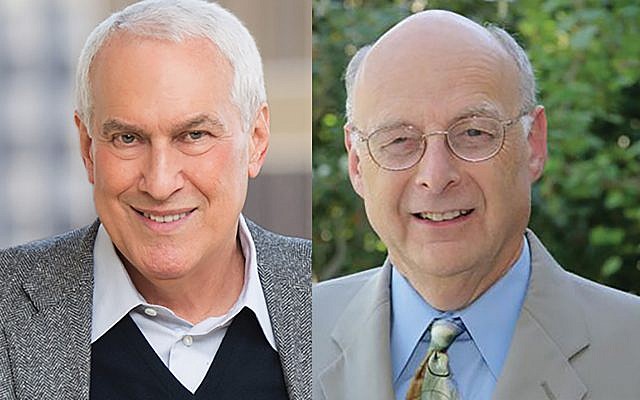 Jews have fought for social and economic justice as fundamental American rights, and we have believed that fundamental constitutional rights like freedom of speech and religion reflected core Jewish values. As American Jews we are deeply concerned about the direction of our country under this administration.

The goal of the Trump presidency is a rejection of the role of government as an effective and essential tool central to American democracy. Under the rubric of “making America great again,” this administration appears committed to overhauling policies that were designed to protect citizens and to ensure accountability. We note that the president’s policies and executive orders have been designed to fundamentally alter the purpose and role of the federal government. Taken together, they:

♦ Take apart the Affordable Care Act, replacing it with medical options that will serve fewer Americans, strengthen the hand of the insurance companies and perpetuate the power of the pharmaceutical industry;

♦ Remove federal guidelines and mandates in such areas as environment, energy and banking and Wall Street;

♦ Promote efforts to further erode the wall of separation between church and state;

♦ Undo the role of government in nurturing and promoting arts and culture;

♦ Move to limit and undermine the role of America’s trade unions and civic associations.

These policies and others represent an assault on the majority of our citizens, by undoing this nation’s safety net and callously promoting an economic order that advances the interests of wealthier Americans and special interests at the expense of this nation’s middle class.

In the actions being undertaken we note with grave concern that much of what the president is proposing is based on class and race. In claiming to undo “political correctness,” this president has unleashed a climate of intolerance and political discord, as we see an alarming increase in hate crimes and attacks on immigrants.

Beyond governance, the intention of this White House is to foster a credibility issue around the fourth estate, America’s press, as he seeks to undermine its essential independent role within our society.

By his lack of knowledge, his willful insensitivity to protocol, and his abuse of the public trust, this president is undermining the executive branch of our government, destroying the role of a free press and damaging the image of this nation in the world.

Today, America and Americans require visionary, bipartisan leadership. We seek a return to a vibrant and engaged two-party system, where serious issues are identified and debated.

It is problematic for this nation to accept mediocrity, whether in politics, business or in any other venue of our society. It should be a part of our nation’s social ethic to value excellence. The “shallow economic success” that we as a nation have enjoyed over the last four decades represents only a portion of our potential as a society. We seriously doubt that the current administration is committed to growing an economy that is aligned with the interests of this country’s middle class. Cynically, the policies being put forth are designed to enhance America’s entrenched wealthy, at the expense of others.

We take the Democratic Party to task for its failed leadership by not embracing the messages of America’s middle class, the core constituency of this party. As a political voice, this party has lost its way at this most critical moment. We firmly believe that the Democratic Party will need to reconstitute its political base as well as to attract a new generation of leaders.

We see political reform as basic to the health and vitality of our democracy. As long as the corporate sector parleys its resources into the political system without the necessary checks and balances, democracy as we have come to embrace it will not work. We note that both political parties and all prospective candidates have made compromises in order to access and receive the support of these corporate resources, making American politics a wholly-owned subsidiary of Wall Street and Main Street.

As reflected in every survey, Americans remain unhappy concerning the unequal character and composition of our society. Government as the arbiter of social and fiscal policy must encourage and nurture a more balanced distribution of resources and wealth, by creating opportunities for citizens at all levels and stations within our society.

We encourage our government to promote research in science and technology, medicine, the arts and humanities. Our nation led the world in the 20th century through innovation and investment, and we must again seek to be in the forefront of such creative leadership.

We believe our nation needs a coherent, bipartisan foreign policy that reflects this nation’s values and that is realistic about how we wish to use our extraordinary technological and military power in solving global issues rather than creating new political flashpoints. There needs to be consistency and common sense coherence in how we construct and implement this nation’s foreign affairs. Clearly, our commitments to regime change have failed in Iran, Afghanistan, Iraq and Libya. These unnecessary and counterintuitive wars have cost our country avoidable loss of life and trillions of dollars, with only instability in its wake.

We hold to the notion that this nation was constructed around a core of civic values:

George T. Caplan served as president of the Jewish Federation Council of Greater Los Angeles from 1988 to 1990. Steven F. Windmueller was both a federation and Jewish Community Relations Council director and served as dean of the Hebrew Union College-Jewish Institute of Religion’s Los Angeles campus.