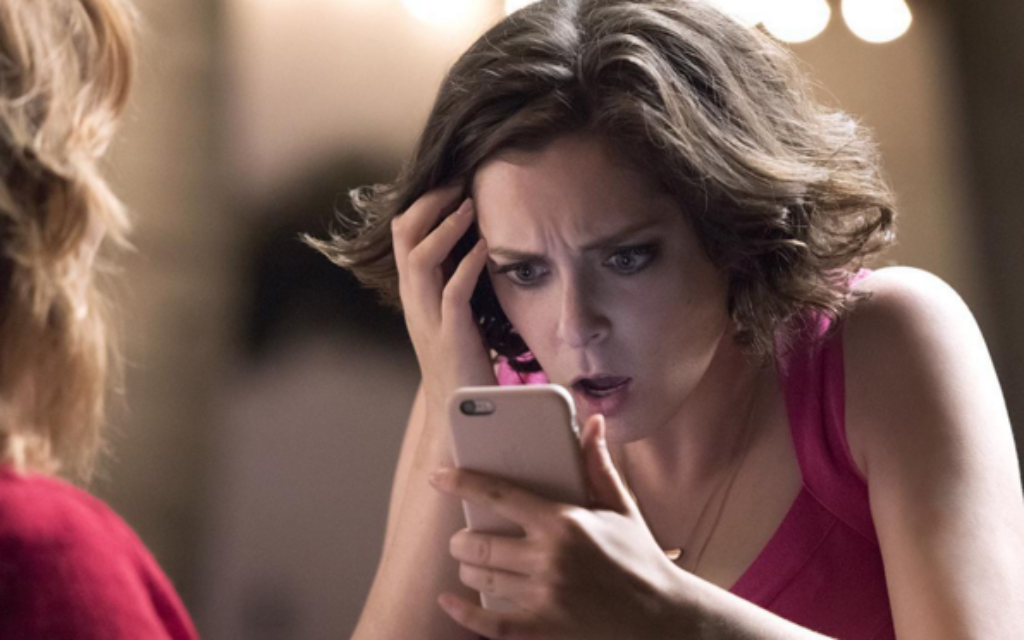 Vice calls CW's new show “The best TV show you’re not watching" because it "combines the ribald humor and … of Broad City with Seinfeld's obsession with social minutiae while jacking up the pacing to 30 Rock–levels of freneticism.”

Another reason you should watch this new sitcom is because of its hilarious, Jewish protagonist.

In "Crazy Ex-Girlfriend," Rachel Bloom ("Broad City") plays Rebecca Bunch, a successful New York lawyer who is unhappy. After finding out that she made partner at her firm, Rebecca runs out of the office to take unidentified medication and happens upon a butter ad that reads, “When was the last time you were truly happy?”

She then sees an attractive man walking down the street who happens to be her high school ex-boyfriend, Josh Chan. They met in summer camp, a very Jewish place to meet and the last time Rebecca felt truly happy. Cue the show's theme song where Rebecca moves to West Covina, an L.A. suburb, for a chance at a new start. She's definitely not moving for Josh because that would be, of course, “crazy.” With the help of her new co-worker, Paula, the two come up with various schemes for Rebecca and Josh’s second shidduch.

Rebecca’s Judaism is highlighted from the beginning, making an appearance in the pilot which aired on October 12th.

On her first day of work, her boss Darryl asks her to be his divorce lawyer, saying his wife already has, “one of those real smart Jewish guys.” Rebecca says she’s also Jewish and Darryl responds, “I had no idea, that is a tiny nose!” and continues, “Her Jew went to CSU Long Beach! My Jew went to Harvard and Yale!”

After a social media notification that Josh is nearby, Rebecca runs out, but not before saying, “Let’s circle back to the Jew thing, because that is a conversation we need to have.”

The musical dramedy parodies staples of millennial culture in a series of songs like, “The Sexy Getting Ready Song,” which discusses the hours women spend getting ready for events; a male rapper comes into the song haflway through and is horrified by the ritual, calling it, “patriarchal” and promising to apologize to past girlfriends.

You can watch Rebecca’s neuroticism Mondays at 8 p.m. on the CW.