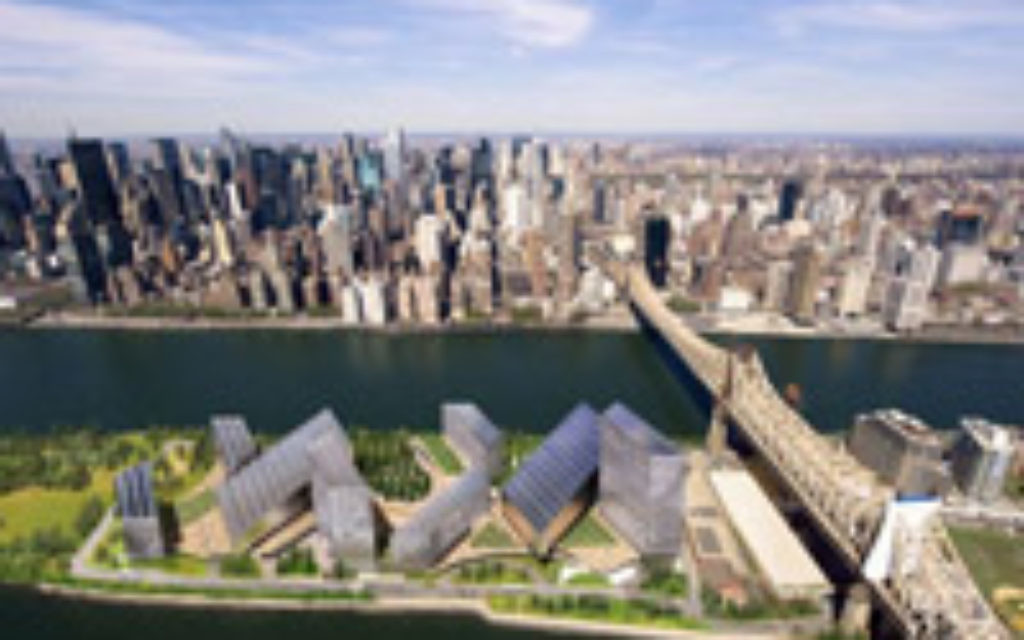 A delegation of City Council members visiting Israel last week spent much of their time talking about technology cooperation between Americans and Israelis, and the worsening standoff with Iran, said Speaker Christine Quinn.

“The Cornell campus, the technology stuff was front and center,” Quinn told reporters in a conference call from Israel.

The trip was organized and funded by the Jewish Community Relations Council and took place against the backdrop of cooperation between Israel’s Technion and Cornell to create a new applied sciences campus on Roosevelt Island here. But also against growing fears of an inevitable conflict with Iran.

Quinn, a Democrat and likely 2013 mayoral contender, said that although the JCRC’s intended focus was on security issues, “I tried to add in additional things that we are focused on substantively in the council, so we can create partnerships. … High-tech, biotech, med-tech are all things we are working on a lot in the Council and I knew we could learn a lot by meeting people and giving me and the other Council members a chance to follow up and create partnerships.”

Noting that European cities, such as Barcelona, are angling “to become the next Silicon Valley,” more partnerships with Israel’s fast-growing high-tech startup sector could ensure that “we in New York own that spot and don’t lose it to a European city. We have a lot more to learn from Israel than we can teach Israel.”

One of those lessons, she said, was the way Israeli universities such as Technion value their students’ military training — something Quinn would like the City University of New York system to emulate.

“There is a lot we can learn from the way they honor and appreciate the service and what men and women have learned in the military and see it as an asset for being a university student and in the workplace,” she said. “We don’t do that in America in the same way at all … I really think we’re going to be able to learn a lot that will help us as the men and women return from Iraq and God-willing very, soon, Afghanistan.”

Accompanying Quinn on the 10-day trip were Anabel Palma of the Bronx; Robert Jackson and Melissa Mark-Viverito of Manhattan; Peter Koo, Karen Koslowitz, Melissa Crowley and Mark Weprin of Queens and Domenic Recchia and David Greenfield of Brooklyn.

Quinn noted that on a previous mission while visiting Sderot she and her colleagues had to take shelter from one of the rocket attacks that regularly threaten the southern city from Gaza, but there were “no rockets on this trip.”

There was, however, an opportunity to better understand Israel’s security geography. “Most people don’t understand that it’s the size of New Jersey, you could literally stand on a hilltop and see countries that are unfortunately Israel’s — at the moment — sworn enemy.”

The group met with political leaders in the opposition as well as Likud Prime Minister Benjamin Netanyahu. Quinn said Netanyahu specifically mentioned “issues of homophobia and terrible oppression and murder of gay people in Iran as a reason that the world should be more outspoken and concerned about Iran.”

Quinn is the city’s most prominent and highest ranking openly gay elected official.

Asked by The Jewish Week for her opinion of a recent New York Times op-ed by Sarah Schulman that accused Israel of “pinkwashing” — using its strong record on gay rights as “a messaging tool” to overshadow the plight of Israeli Arabs and Palestinians — Quinn said she hadn’t read it, but believed the two situations were separate.

“Let’s not confuse the situation,” she said, “with places like Iran where people are literally being murdered and where the president says there are no gay people. That’s totally different situation.”

She said the group had an opportunity to meet with Israeli Arabs in Acre who shared their grievances.

“We had a frank discussion about more that needs to be done for equality, she said. “I don’t think things are perfect, but that’s no reason to step away from support of Israel or to say that there is a better place in the region more committed to democracy.”

She recalled that a military guide pointed out with pride that signs supporting Hamas, which is sworn to destroy Israel, were openly displayed in an Arab village in Israel. “Just think of the irony of that,” she said.

Quinn added that she found overwhelming appreciation of the United States for supporting Israel in the United Nations and standing firm against Iran.

“There is a real sense of gratitude for that from the government folks we were meeting with and in general,” she said. “I was also surprised at how aware people are about what the City Council does [to support Israel] and grateful for that.”

Jewish organizations have largely steered clear of the ongoing controversy and legal battle over religious worship in public schools, but the issue isn’t likely to fade away now that an appeals court has backed New York City’s position.

A federal judge last week issued a temporary restraining order blocking the city from shutting churches out of the schools for Sunday services, but an appeals court ruled that the order can apply only to Bronx Household of Faith, the group that sought the order, and not other parties.

But advocates for worship inside public schools (not during school hours) are looking to the state to enact legislation that would allow it. A bill has already passed the Senate, though the Assembly has yet to act on its version.

The Evangelical Household of Faith has been trying since 1995 to force the city to back off attempts to keep it out of the school, and in 2007 U.S. District Court Judge Loretta Preska sided with the church, but the appeals court sided with the city’s position under Mayor Michael Bloomberg. The U.S. Supreme Court declined to take up the case. Preska issued the restraining order that was limited on appeal Friday.

The Second Circuit Court of Appeals ruling did not say that religious worship in public schools is illegal, only that the city could prevent worship services if it believed that to be the case. The ban does not affect students who worship on school property of their own volition during regular school hours.

“The mayor said [renting space for worship] clearly violates the separation of church and state, they are required to keep out churches, but the second Circuit didn’t go nearly that far,” said Marc D. Stern, associate general counsel of The American Jewish Committee.

The AJC in the past has taken the position that the ban was justified on constitutional grounds of separation of church and state, but has re-examined the issue and now takes no position on the matter, said Stern.

Stern said the history of the issue goes back to the dawn of the 20th century, when rules were enacted for using public school buildings “for a laundry list of purposes. Religion is off that list, so in the 1970s and ‘80s attorneys general started to say that since religion isn’t on that list you can’t use it for that purpose.”

Stern said that synagogues primarily have rented space from schools on a one-shot basis to accommodate large holiday crowds as opposed to churches that rent the facilities on a weekly basis.

Rabbi Ammiel Hirsch of the Reform Stephen Wise Free Synagogue is an ardent backer of the city’s position that renting the space is unconstitutional. He wrote to City Council Education Committee Chairman Robert Jackson earlier this month in opposition to a resolution that would have supported the state Legislature’s bill to allow the public school worship.

“It is important to emphasize that the separation of religion and state is good for religion,” wrote Rabbi Hirsch. “The greatest disservice we can do to both religion and American democracy is to allow a creeping annexation of government over religious institutions. While government subsidies may temporarily appear to benefit a church, synagogue or mosque, in reality it is harmful to us. It ties us too closely to government and the strong political pressures inherent in a political environment.”

In an interview, Rabbi Hirsch said he was surprised by the temporary restraining order issued by Preska.

“If a church, week after week, month after month is using a public space, it violates the reality of the separation of church and state,” he said. “And some of the costs are no doubt transferred to the taxpayer.”

Agudath Israel of America has been opposed to the restriction for years, said David Zwiebel, the group’s executive vice president for government affairs.

“The reality is that sometimes we need a large auditorium that is simply not available outside the context of local public schools,” he said, recalling his own Flatbush synagogue’s use of such an accommodation 15 years ago. “This is a source of great frustration to us that this avenue may be foreclosed.”

Zwiebel said his organization would push for the state legislation allowing services in public school.