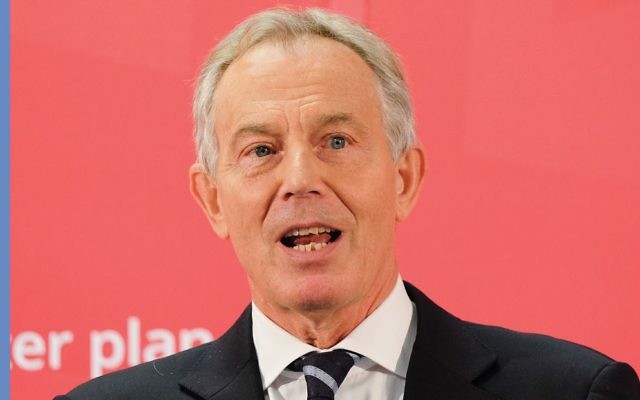 Despite the strong denials from Jerusalem, reports of contacts between Israel and Hamas over a possible cease-fire refuse to die. In fact, it seems more and more certain that Tony Blair has been acting as a go-between and trying to close a 10-year cessation of hostilities, which would bring quiet to Israel’s border with the Gaza Strip.

It all adds up. Blair, former British prime minister, was not allowed to meet with Hamas during his tenure as the Quartet’s Middle East envoy, which ended with his resignation in May. Now he can, and is understood to be optimistic about the chances of taming Hamas, probably by way of a discrete agreement with Israel. It seems likely that there are also other channels in addition to Blair. As for Jerusalem’s denials, these are par for the course and a political necessity, whatever the reality.

It’s unclear whether talks can lead anywhere and whether, even if they did, Hamas leadership would stick to an agreement instead of breaking it when they felt like it, citing some alleged Israeli transgression. Nevertheless, it’s quite conceivable that there is some interest in an agreement — after all, a year on from the conflict with Israel which left Gaza in chaos, Hamas is interested in ways to improve life in Gaza and in so doing cementing its hold on the territory.

As families in Israel have just marked first year anniversaries of relations who died in last year’s Gaza conflict, the prospect of a calm southern border is extremely tempting. A 10-year truce, if observed, could prevent several rounds of fighting between Israel and Hamas, and allow thousands of children in Israel’s south to get through almost an entire school career without lessons punctuated by the dash to bomb shelters. But one can’t talk about Gaza-based Hamas without considering the political echelon in the West Bank.

As the reports buzz of indirect contacts between Israel and Hamas, there is sense of upheaval among Hamas’ Palestinian rivals — the more moderate camp based in the West Bank.

Palestinian Authority President Mahmoud Abbas is resigning his post as head of the Palestine Liberation Organization’s executive committee. It’s easy to be blasé about resignations in Ramallah — I covered the resignation of chief Palestinian negotiator Saeb Erekat in 2011, but he’s still in his post today. Threats of resignation among senior officials are repeatedly aired to make a point, whether internally or with an eye to the international community.

Abbas’ resignation from the PLO, the official representative of all Palestinians, may well be an internal political ploy, or an attempt to actually bolster his power in the organization through new elections. However, it is more than just inside baseball — it highlights the instability that exists in Ramallah institutions. The PLO’s executive body hasn’t met for some six years, and the entire PLO is a shadow of its former self. Meanwhile, Abbas’ legitimacy as Palestinian president — he was elected for a four-year term in 2005 and new elections haven’t been held since — is in question.

Israelis look at the Palestinian instability and reflect that it’s nothing new, that there are always internal crises in Ramallah, and that Abbas’ position has been in question almost since the day he took office. But it’s widely presumed that if Abbas and the more moderate Palestinian camp haven’t lost or surrendered their power until now, and if they are still maintaining security to a large extent and keeping the door open, at least theoretically, to peace talks, this will continue to be the case.

However, Abbas is 80 years old and not poised to stay in his post forever. He also has serious image and popularity problems among the Palestinian public. And with talks for a two-state solution stalled he has difficulties asserting the relevance of his path compared to more militant options. Israelis shouldn’t take the fact that Abbas, or somebody with Abbas’ broad approach, is the main representative of the Palestinians, for granted. And while his conduct can be deeply problematic, they shouldn’t forget that he is better than virtually any alternative.

If Israel moves forward on a cease-fire arrangement with Hamas, leading to easier conditions in Gaza, it will pull the rug out from under Abbas and his camp. It will be handing Hamas, based on the leveraging of violence, a reward that has not been granted to Abbas’ camp based on the leveraging of diplomatic channels. And it would be doing so for a second time, after freeing more than 1,000 Palestinian security prisoners in 2011 in return for Hamas’ prize captive, Gilad Shalit. It would be sending a message to Palestinians that “resistance” can achieve what negotiations can’t, and further weaken moderates.

An agreement with Hamas would in a sense be rubber-stamping the group’s rule of the Gaza Strip, which it took violently from Abbas’ Palestinian Authority — and in so doing make it even harder than it is now for Abbas to negotiate with Israel over the future of both Gaza and the West Bank.

There is a certain attraction, given the current Israeli government, with its rightist tendencies, in a deal with Hamas. It would not require handing over any territory, but rather just a set of concessions regarding life in Gaza. And violation by Hamas could be answered with simple force. But turning Abbas and his camp into an irrelevance, and buoying militant Hamas, would be irresponsible.

If, on the other hand, Israel can craft a deal with Hamas and then, before signing, use this to push Abbas’ camp into saving itself by signing a comprehensive peace agreement that subsumes an Israel-Hamas agreement, that would be a stroke of genius.