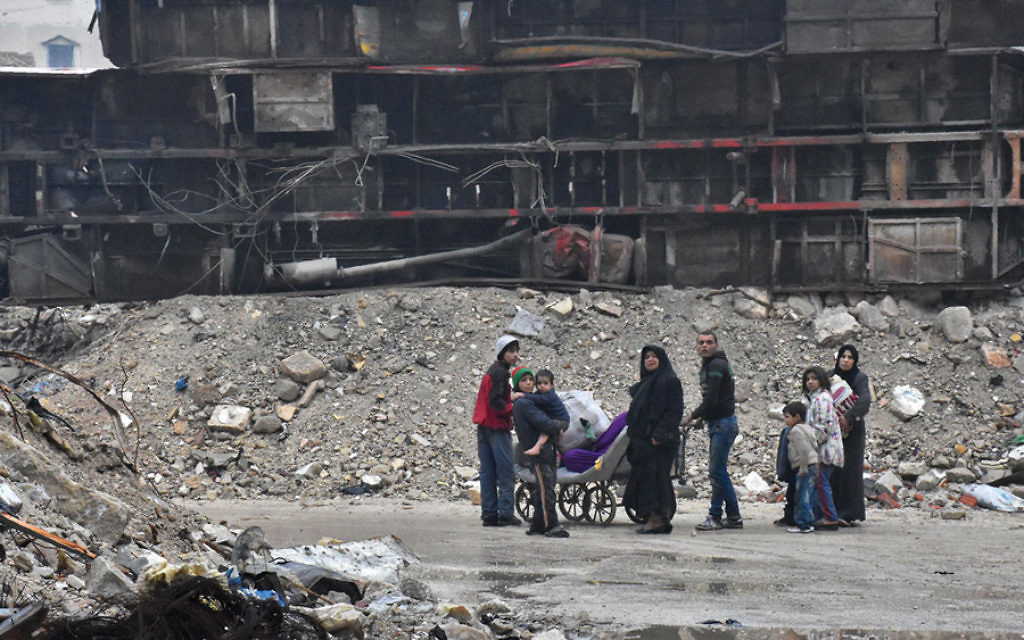 The ongoing civil war in Syria is becoming increasingly worrisome to Jerusalem as Iran seeks to establish a permanent presence so close to Israel’s border. Getty Images

We are now two years into the deeply controversial Iran nuclear agreement that roiled our community. And, like everything connected with the deal and the Mideast, it’s complicated, as even Jared Kushner would attest.

During the many months leading up to the historic 2015 agreement between Tehran and the U.S. and its P5+1 partners — United Kingdom, France and China, plus Germany) — I was deeply critical of President Obama’s approach, which I thought was too narrow and timid. I felt the U.S. wasn’t acting like the superpower it is in the negotiations, displaying behavior more deferential toward Iran than imposing.

Unfortunately, the deal, which curbed Tehran’s nuclear program for 10 years in return for sanctions relief, did not address Iran’s widespread terror activities, like arming and supporting Hamas in Gaza and Hezbollah in Lebanon as part of its commitment to rule the region, not to mention its persistent threats to destroy Israel. 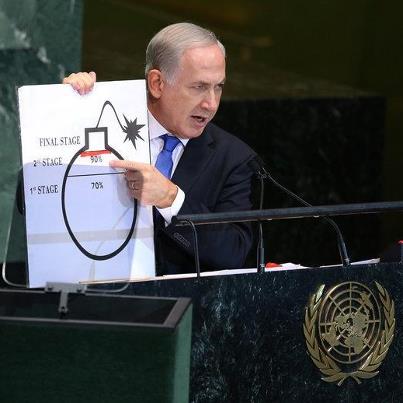 Obama felt it was unrealistic to try to extract more from the other side and settled for focusing on Iran’s nuclear program.

Today, as President Trump signals a strong interest in sabotaging what he called the “worst deal” he’s ever seen, I’m not at all sure that canceling it or provoking Iran to walk away from it would be a good idea. And curiously, while Israeli Prime Minister Netanyahu was for two decades the biggest and most vocal opponent of the Iran deal, torching his relationship with President Obama to denounce the agreement at a joint session of the U.S. Congress in March 2015, he has been noticeably silent on the subject of late, at least in public.

Experts assert that pushing Iran by insisting on inspections of its military sites or calling out alleged violations, as Trump seems inclined to do, will cause the mullahs to terminate the agreement and resume their rush to develop nuclear weapons.

Perhaps that’s because a number of Israel’s top military and foreign policy experts acknowledge that the deal is working, for now. They worry about a decade from now, after the pact with Iran expires, but at present they are more concerned about the situation in Syria, fearful of what might happen after ISIS is defeated. (More on that later.)

A number of Israeli and American foreign policy experts assert that pushing Iran by insisting on inspections of its military sites or calling out alleged violations, as Trump seems inclined to do, will cause the mullahs to terminate the agreement and resume their rush to develop nuclear weapons. That would leave the U.S. further isolated diplomatically from its European partners and with little recourse regarding Iran other than military action.

After the State Department’s certification to Congress last month that Iran was adhering to the nuclear deal – such certification is required every 90 days — the American Israel Public Affairs Committee (AIPAC), no doubt voicing Jerusalem’s views, issued a call for tougher U.S. action. The pro-Israel lobby asserted that “despite certification, serious concerns remain about Iran’s compliance.” It urged the U.S. to “dramatically increase efforts to push back against Iran’s violations” and make sure that the full terms of the deal are “strictly enforced.” 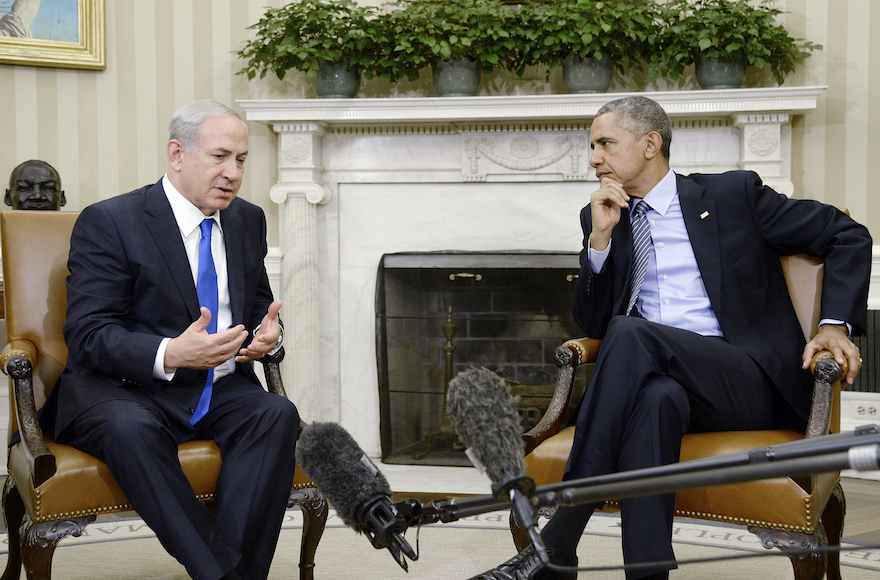 Barack Obama, U.S. President at the time meeting with Israeli Prime Minister Benjamin Netanyahu in the Oval Office of the White House  in 2015 to discuss the Iran Deal. Getty Images

“Any violation of the deal” or of the UN resolution endorsing it, “no matter how minor, must be met with swift consequences,” AIPAC said.

But what should those consequences be, and how far should the U.S. push?

Supporters of the Iran deal point to North Korea as Exhibit A in making their case.

“If you like North Korea’s nuclear-armed ICBM,” wrote Jeffrey Lewis in Foreign Policy, “you are going to love America walking away from the nuclear deal with Iran.” He calls such a move “a terrible idea” and notes: “The people who are promising you a better deal with Iran have exactly no plan to deal with North Korea. It’s the equivalent of repeal and replace, except that stripping 20 million people of health care looks like a walk in the park compared with blundering into a nuclear war.” 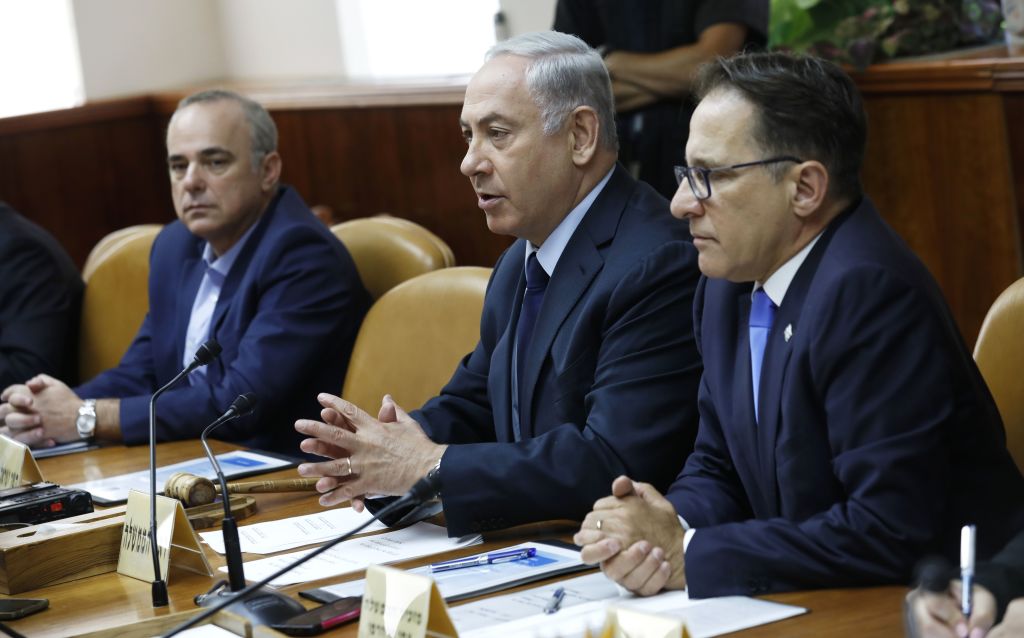 Israeli Prime Minister Benjamin Netanyahu (C) chairs the weekly cabinet meeting at his office in Jerusalem on July 30, 2017. Israeli officials are concerned about the growing presence Iran has in Syria. Getty Images

Press reports indicate that Secretary of Defense James Matis, Secretary of State Rex Tillerson and National Security Adviser Gen. H.R. McMaster managed to dissuade Trump from decertifying the Iran deal last month, but not easily. The fact that the president has chosen his chief strategist, Stephen Bannon, a major America-firster, suggests that it is not at all certain to be certified again come October.

“Their biggest fear remains what happens in 10 years.”

For the moment, Israeli officials are deeply worried about Syria, and more specifically with the eastern region of the war-ravaged country. They believe that the U.S. will help defeat ISIS in the northeastern city of Raqqa in the coming months and then leave, paving the way for Iran to establish a lasting presence in Syria,

After meeting with dozens of professionals in the IDF and foreign ministry during a recent trip to Israel, David Makovsky of the Washington Institute for Near East Policy concluded that they’ve made peace with the Iran nuclear deal for now. “Their biggest fear remains what happens in 10 years,” after the deal ends, he told me. But he was struck by “how nervous so many senior Israeli officials were” about Iran playing an increasingly dangerous role in Syria. The Israelis are skeptical that the recent U.S. cease-fire deal with Russia and Jordan in southern Syria, close to the Golan Heights, will hold. They also fear that, post-ISIS, Iran will fill the vacuum by flooding northeastern Syria with thousands of its Shia forces in the country, according to Makovsky. 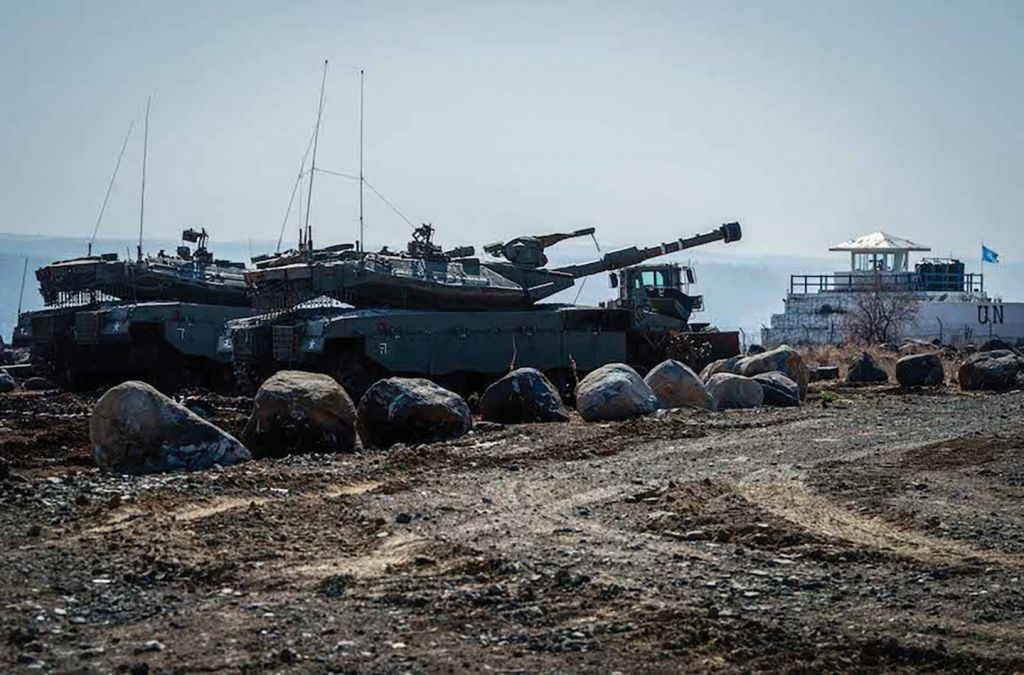 IDF soldiers at the Israeli-Syrian border in the Golan Heights. Basel Awidat/Flash90

The leader of Iran’s Revolutionary Guard has boasted of plans to establish what he calls a Resistance Highway — a land bridge extending from Iran to Beirut, solidifying an Iranian presence surrounding Israel’s north. So it’s really Iran, again, at the root of Israel’s worries.

Prime Minister Netanyahu has managed skillfully to keep Israel out of the raging war next door, in Syria, for more than six years. But lately he has spoken of maintaining Israel’s “red lines” to prevent an entrenched Iranian military presence so close to the homeland. While he may prefer that the U.S. maintain a strong military presence in the region, even if ISIS is defeated, he also understands how reluctant Americans are, after the Iraqi and Afghanistan wars, to have their soldiers involved in yet another overseas military venture.

Many supporters of Israel are hoping the U.S. can toughen the Iran nuclear deal and add provisions to lessen Tehran’s influence, through its militant proxies in Syria and Lebanon. But a blend of skillful diplomacy backed by military resolve is required to get Tehran to tamp down its aggressive actions without blowing up the nuclear deal. Whether the Trump administration is up to the challenge remains to be seen.