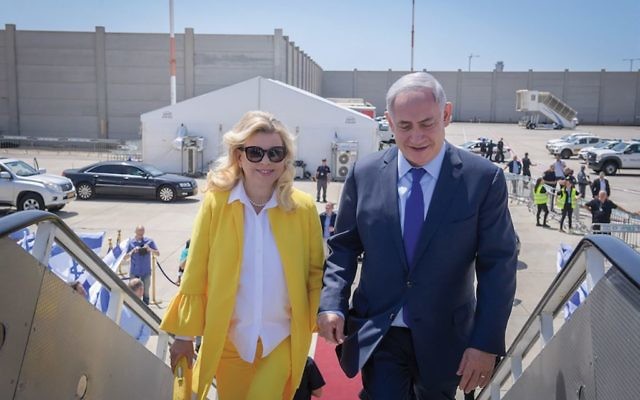 JTA – He has a firm grip on the government, but a mounting political scandal might bring him down. Officials from his own party have begun to distance themselves from him, but he remains defiant.

Oh, and his son is in trouble, too.

Just one more thing Benjamin Netanyahu has in common with President Donald Trump.

Except there’s a difference: While Trump faces one sprawling scandal, the Russia affair, Israel’s prime minister is embroiled in at least two. Police are conducting two additional corruption investigations that indirectly involve him. His wife, Sara, will probably be indicted soon in a separate case. And a left-wing NGO just sued his son, Yair.

Netanyahu appeared to be in increasing peril as of last week, when Ari Harow, his American-born former chief of staff, became a state witness. Despite it all, Netanyahu has remained confident. He has accused the Israeli media of peddling “fake news” about the scandals. On Monday, responding to an article predicting his ouster, Netanyahu tweeted two words: “Won’t happen.”

But will it happen? After winning four Israeli elections, will Netanyahu be done in by his own misdeeds, or is it prosecutorial overreach? Here’s a primer on the string of scandals and what they mean for the prime minister.

Netanyahu is under investigation for receiving gifts and taking bribes.

The two main corruption scandals involving Netanyahu both concern allegations of illicit dealings with rich and powerful men. In the first, called “Case 1000,” Netanyahu is accused of receiving expensive gifts from billionaires and then taking action on their behalf. In the second, called “Case 2000,” he is accused of striking an illicit deal with a newspaper publisher. 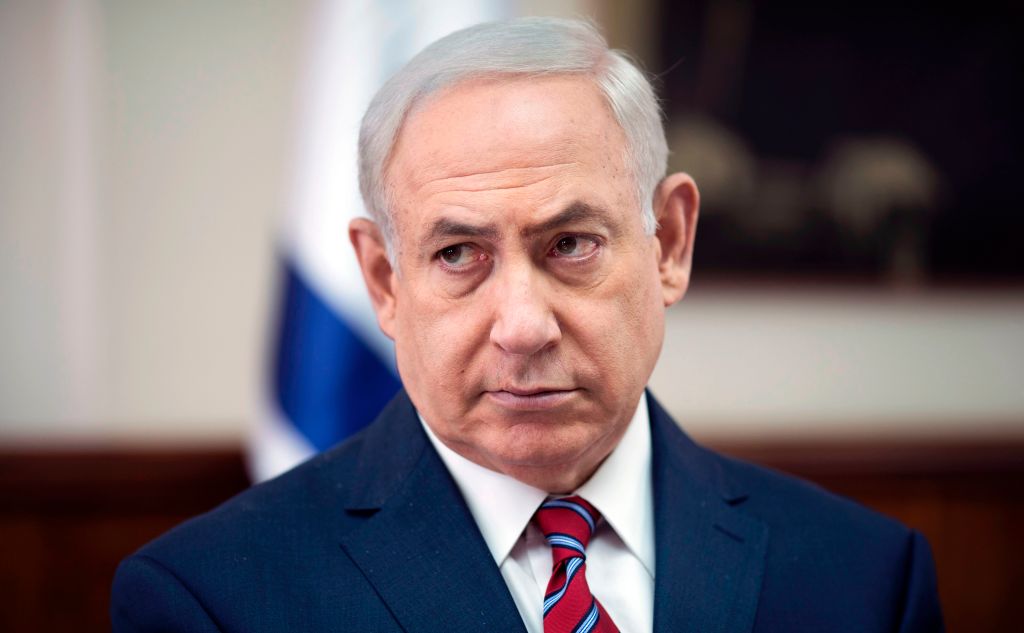 Israeli Prime Minister Benjamin Netanyahu at a cabinet meeting at his office in Jerusalem. He is currently the subject of a number of investigations for receiving gifts and taking bribes. Getty Images

In Case 1000, Netanyahu is alleged to have received tens of thousands of dollars’ worth of gifts from Arnon Milchan, an Israeli Hollywood producer, and James Packer, an Australian casino mogul. The gifts include champagne, cigars, flights and hotel rooms.

In return, Netanyahu supposedly helped Milchan obtain a U.S. visa and Packer secure a residency permit in Israel. Netanyahu has acknowledged receiving the gifts but denies they were illegal or constituted bribes.

In Case 2000, Netanyahu is accused of conspiring with Arnon Mozes, the owner of the Israeli daily Yediot Acharonot, to advance legislation hobbling the free and pro-Netanyahu tabloid Israel Hayom bankrolled by American billionaire Sheldon Adelson. Yediot, which has historically criticized Netanyahu, was to cover him more favorably in return. Although recordings of the conversations exist, Netanyahu denies any wrongdoing.

He’s mixed up in two other corruption scandals — and his wife and son are in trouble, too.

Now you know about Cases 1000 and 2000. Here’s some info on Cases 3000 and 4000, targeting Netanyahu’s associates, plus another scandal involving his wife and one more involving his son.

“Case 3000” involves alleged corruption in the sale of German submarines to Israel. Police have accused businessman Michael Ganor of bribing government officials to become the negotiating agent for ThyssenKrupp, the German company that built the subs. In addition, Netanyahu’s personal lawyer, David Shimron, was simultaneously acting as Ganor’s representative during the negotiations over the sale.

In “Case 4000,” the director-general of Israel’s Communications Ministry, Shlomo Filber, is accused of illicitly allowing Bezeq, the national telephone company, to buy shares of YES, a satellite cable provider. Filber was appointed by Netanyahu, who also serves as communications minister.

Meanwhile, Sara Netanyahu is likely to be indicted for misusing public funds at the couple’s official residences. The Israeli first lady is accused of using government money to pay for private chefs at family events, a caregiver for her father and weekend electrical work at the couple’s home in the coastal town of Caesarea. The allegations have long dogged Sara Netanyahu, who sometimes comes off in the Israeli media as the country’s Marie Antoinette. 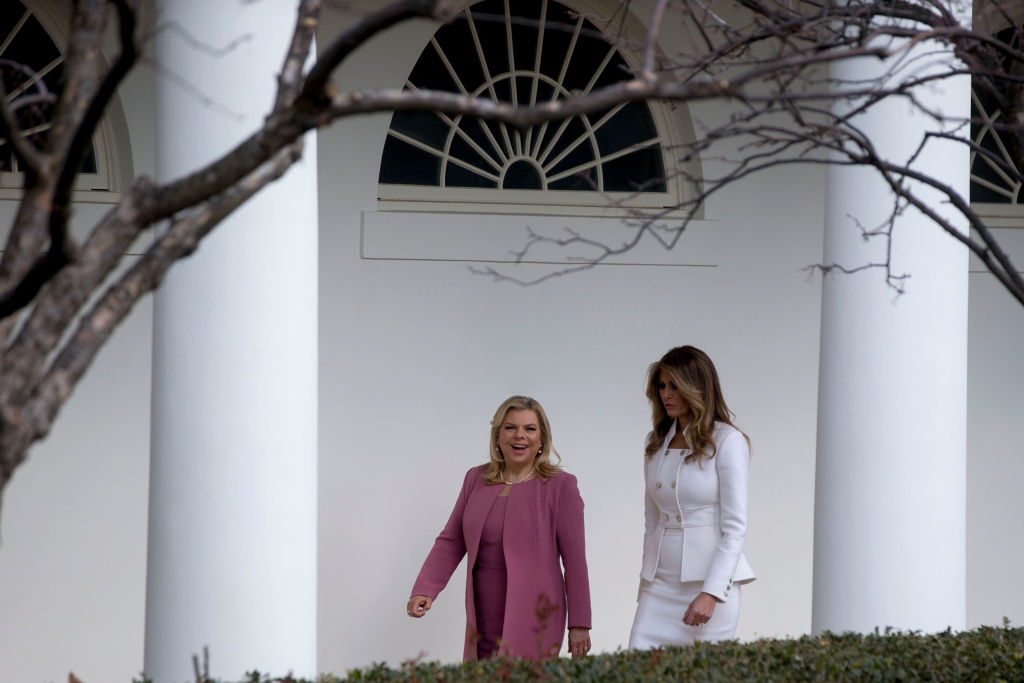 Finally Molad, a left-wing Israeli think tank, has sued Yair Netanyahu for libel. Yair, the eldest son of the Netanyahus at 26, wrote a Facebook post last week calling the group a “radical, anti-Zionist organization funded by the Fund for Israel’s Destruction” (a reference to the New Israel Fund, a left-wing NGO and bête noire of the Israeli right). Earlier that day, Molad had posted a listicle criticizing Yair Netanyahu’s political views and use of public funds.

Netanyahu could be nearing indictment — but might still stay in office.

So what does this all mean for the prime minister, who has governed Israel since the beginning of the Obama administration in his second go-round as prime minister? It depends on two factors: Whether he is indicted, and whether that creates enough pressure to force him to resign.

The fact that police are now working with Ari Harow, a confidant of the prime minister’s, means that he may provide information leading to an indictment. The recordings of Netanyahu’s conversations with Mozes, for example, were found on Harow’s phone.

Harow served two terms as Netanyahu’s chief of staff, and founded a consulting company between the two stints. Police have accused him of using his government position to advance his business interests. In return for becoming a state witness, Harow agreed to a plea deal in which he will perform community service and pay a fine rather than serve a prison time. Israel Prime Minister Benjamin Netanyahu on vacation in southern Israel in 2015 with his wife, Sara, and two sons. Getty Images

But even with Harow’s testimony, the going will still be slow. According to a handy explainer in Haaretz, police are not expected to issue their recommendation until after the High Holidays late next month. If police recommend an indictment, it could still take several months until the attorney general formally indicts Netanyahu. Even then, he isn’t legally required to resign.

Which is why the prime minister’s fate may come down to pressure from fellow politicians and the public. A poll by Israel’s Channel 10 found that 66 percent of Israelis believe Netanyahu should resign if indicted. There is intrigue within Netanyahu’s Likud party as well, with some ministers openly backing him while another, speaking anonymously, said he should resign if indicted.

(Un)fortunately, there’s a precedent for this decision: Nine years ago, facing multiple corruption scandals, centrist Prime Minister Ehud Olmert resigned even before police recommended an indictment. But stepping down didn’t help him, as Olmert was sentenced to prison in 2015 and served 16 months before going free in July.

Nor did resigning help Olmert’s Kadima Party. His successor, Tzipi Livni, lost the subsequent election in 2009 — to Benjamin Netanyahu. 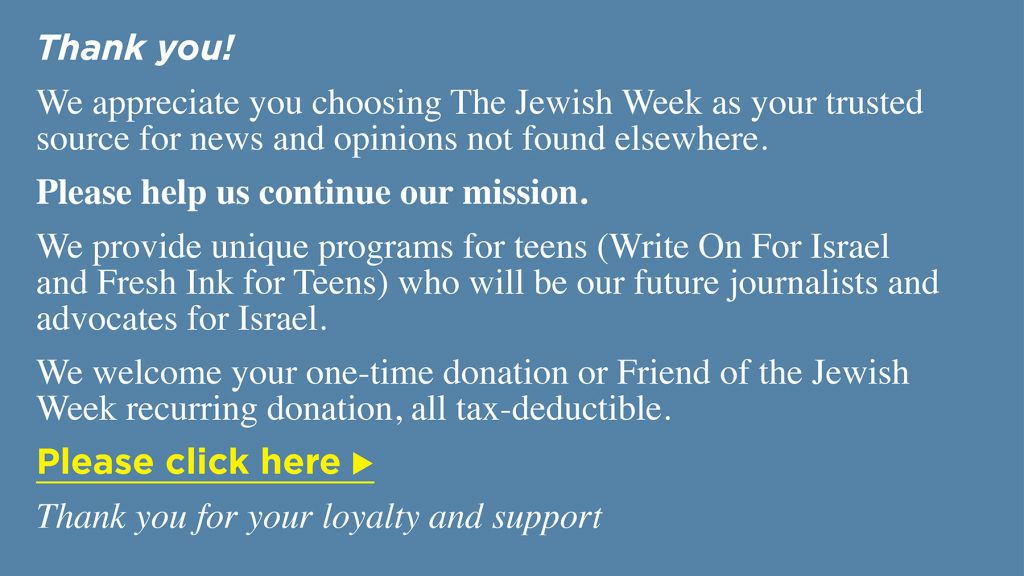