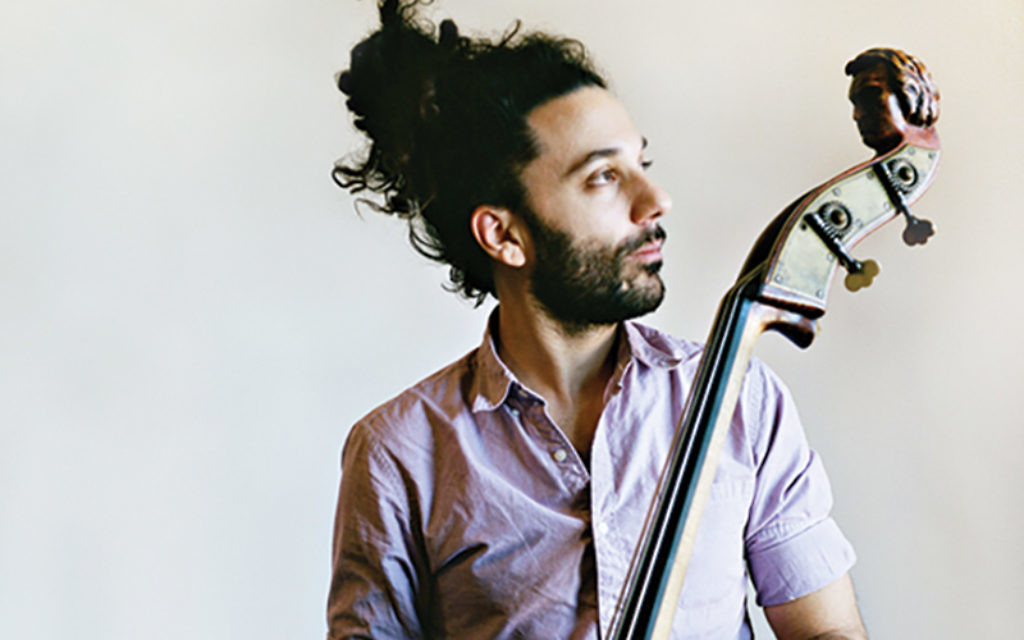 In 2009, when Israeli-born saxophonist-clarinetist Anat Cohen led a group at The Village Vanguard, the jazz world’s most prestigious club, she made history: the first Israeli to headline a gig at the hallowed (and career-launching) jazz room.

Now, with Israeli jazz musicians populating bandstands all over the city, comes another milestone: The Cornelia Street Café, a small but venerable jazz hub, is this weekend inaugurating an Israeli Jazz Spotlight Festival (IJSF.)

Serving as the cornerstone of Cornelia’s monthly “Israeli Spotlight” series, which launched in May, the three-day mini-festival (Aug. 5-7) features a sampling of veterans and up-and-comers, from headliners like composers guitarist/oudist Amos Hoffman and pianist Shai Maestro to newcomers such as harmonica player Yotam Ben-Or.

Composer/bassist Or Bareket, the series’ 32-year-old Israeli-born curator, sees commonalities in the musicians’ shared roots and in the ongoing influence of the first wave of Israeli jazz musicians to hit New York in the 1990s.

“Avishai Cohen, Omer Avital, Amit Golan, Avi Lebovich… They traveled back and forth and brought us the word of what’s going on in New York,” Bareket told The Jewish Week in a phone interview. “Their compositions and playing gave us an idea of how we could express our Middle Eastern roots within this American, Afro-Caribbean musical tradition.”

Charting the Israeli jazz presence in New York — which JazzTimes Magazine says is comparable in its influence and visibility only to the city’s Cuban contingency — leads back to a central figure: Arnie Lawrence. The alto saxophonist, most famous for his stints with Woody Herman and Chico Hamilton, founded the jazz program at The New School in Greenwich Village. Married to an Israeli, Lawrence moved to Israel and in 1998 founded the International Center for Creative Music in Jerusalem to spread the jazz gospel. Accessible scholarships turned The New School into a primary destination for Israel’s aspiring jazz immigrants; in 2012, the Music Conservatory in Tel Aviv even synced its curriculum with The New School’s so Israeli jazz students could complete degrees here. Today, entire classrooms migrate from Tel Aviv to New York every year.

Another key factor in Israelis’ presence here is the tight-knit nature of Israeli immigrants. “The migration of hundreds or more Israeli musicians to New York over the past decades formed a pretty close community,” Bareket said. “This is a group of people who work together, play together and celebrate the holidays together. … Everybody works with everybody. [This group] has a language, a style of its own within what jazz is today.”

Bareket himself moved here in 2011 on a full scholarship from The New School, after taking first place at the International Society of Bassists’ jazz competition. His brother, composer and baritone saxophonist Eden Bareket, also lives here, and will be featured in the festival as well.

Or Bareket’s music draws upon his unique background. Born in Israel to an Argentinian mother and an Israeli father, he spent his childhood in Argentina, grew up in Israel and then moved to New York in his 20s, along with his brother. (Or spent several years traveling between New York and Israel before settling here.) While Or’s music is clearly informed by his mixed heritage, drawing from Mediterranean, South American and North African influences while remaining rooted in jazz, it is also influenced by his status as a perpetual migrant.

Asked what musical elements bind Israeli-born jazz musicians, Or Bareket pointed out that it’s not that they all came from Israel, but that they all left it.

“Leaving your country does something to your music,” he noted. “It becomes something you can hold on to. Melody and rhythm and feeling become an existential need, an anchor. … They become your identity.”