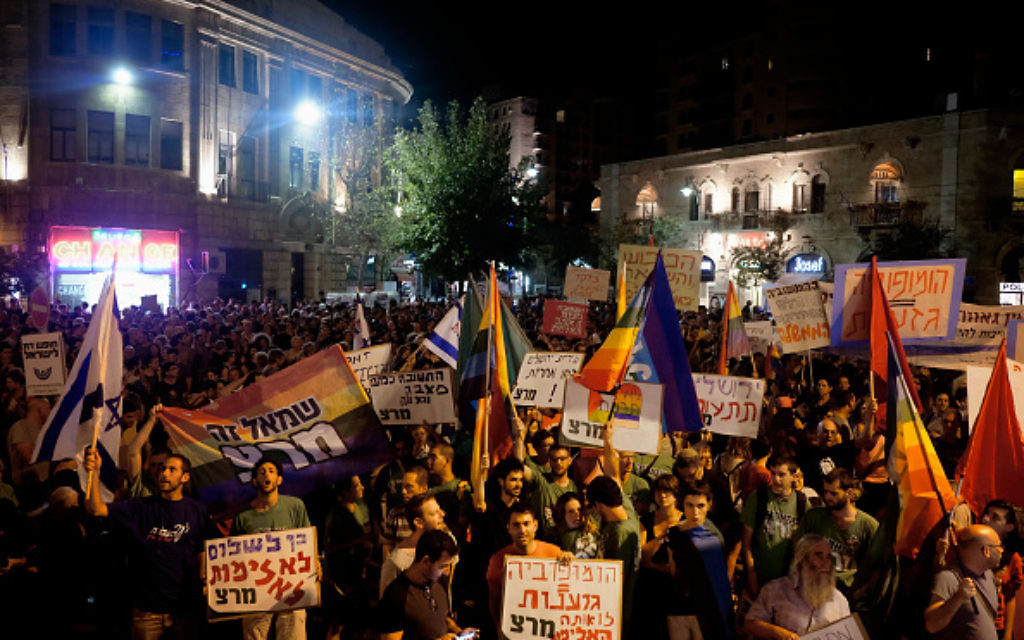 Just 24 hours before the Jerusalem Gay Pride Parade, mayor Nir Barkat announced that he would not be attending.

In an interview published Wednesday by Israeli newspaper Yedioth Ahronoth, Barkat said that while he supports the LGBT community, he could not participate because he does not want to “harm” the ultra-Orthodox community.

After the interview, Barkat sent out a series of tweets reaffirming his support for the LBGT community and their right to march.

Concern over the parade has mounted following the lethal stabbing at last year’s pride march. The attack, perpetrated by Yishai Schlissel, a member of the charedi community, resulted in the death of 16-year-old Shira Banki.

To ensure the safety of the event, the Jerusalem District Police detained the family of Schlissel, who is currently serving a life sentence for his attack at last year’s parade. Schlissel’s brother, Yishai, was arrested Wednesday on suspicion of “seeking to interfere with” the upcoming pride parade, according to The Jerusalem Post. Additionally, Schlissel’s mother and siblings, aside from Yishai, were arrested and subsequently released from prison Wednesday afternoon, but they were ordered to stay out of Jerusalem until after the parade.