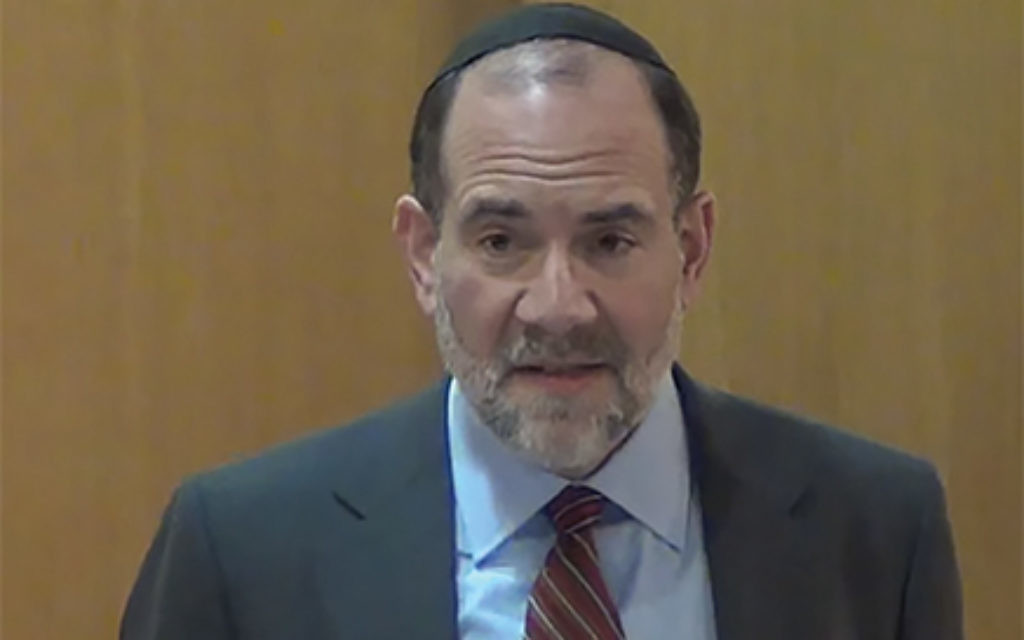 The Riverdale Jewish Center has decided to keep in place Rabbi Jonathan Rosenblatt, whose sauna chats with naked boys garnered headlines after an exposé in The New York Times in late May.

Rosenblatt, who denied any criminal wrongdoing but apologized for inappropriate behavior, had been fighting efforts by some in his Orthodox congregation to buy out the remaining three years on his contract. Despite the controversy stirred by the article about Rosenblatt’s practice for years of inviting teenage boys and young men for naked heart-to-hearts in the sauna after racquetball games, the rabbi appeared to retain the support of most of his congregants, insiders said.

In a letter sent to congregants on Aug. 13, the synagogue leadership said it had decided that Rosenblatt’s own plan for moving past the scandal was the best of various alternate scenarios for the New York shul, which has been led by Rosenblatt for the last 30 years.

“Rabbi Rosenblatt shared his vision and commitment to continue serving our membership and partnering with the RJC’s lay leaders, staff and community,” said the letter, which was signed by the synagogue’s board chairman, Donald Liss, and president, Samson Fine. “He described how we will strengthen communal bonds between and among our members, maintain the financial stability of our synagogue and enhance the spirit of collaboration that exists between the RJC and the community.

“The last two months have presented the opportunity for our shul to debate and discuss many different points of view, while considering various paths forward,” the letter said. “After carefully considering various scenarios over the last several weeks, we firmly believe that the approach laid out by Rabbi Rosenblatt is an effective and appropriate way forward for the RJC.”

No one cited in the Times story that prompted the firestorm accused Rosenblatt of sexual touching, but several expressed their discomfort with his practices and described his behavior as deeply inappropriate for a rabbi and mentor. At various times, Rosenblatt was told by his congregation’s board or the Rabbinical Council of America to limit his controversial activity.

After the Times published its story, the RJC’s board of directors voted 34-8 to seek a financial settlement to get Rosenblatt to resign his pulpit. But Rosenblatt vowed to stay on, saying that removing him from his position would be a “disproportionate” response. Hundreds of congregants signed a petition backing the rabbi, while far fewer signed a competing petition calling on Rosenblatt to resign.

Rosenblatt’s determination to stay was bolstered by the warm reception he received after rending a dramatic public apology in front of hundreds of congregants at a synagogue gathering in late June.

“This is a crisis created by my own lapses of judgment,” Rosenblatt said, according to a recording of the speech transcribed by a synagogue member and cited in the Times. “I have brought pain to people, shame to my family and I have caused a desecration of the divine name.”

Despite the synagogue’s decision to keep Rosenblatt, who just returned from a six-month sabbatical, as many as 100 families at the 700-member congregation are considering leaving and starting a new congregation in the neighborhood, The New York Jewish Week reported last month. The neighborhood in a section of the Bronx with a large Orthodox population already has several other Orthodox congregations; the largest alternative is the more liberal Orthodox Hebrew Institute of Riverdale led by Rabbi Avi Weiss.

Yehuda Kurtzer, the only man cited by name in The New York Times story who had experienced an invitation from Rosenblatt to join him in the sauna, said he was outraged by the congregation’s lack of action against Rosenblatt.

“Rabbi Rosenblatt has shrewdly managed his way out of this crisis with the advice of counsel, clearly managing his communications along the way, demonizing his opponents, and avoiding any significant fallout,” Kurtzer said in a Facebook post after the letter from synagogue leaders was sent. “He has hurt his students, he has further alienated his accusers, and his continued presence on the pulpit at RJC insults the dignity of our community.”