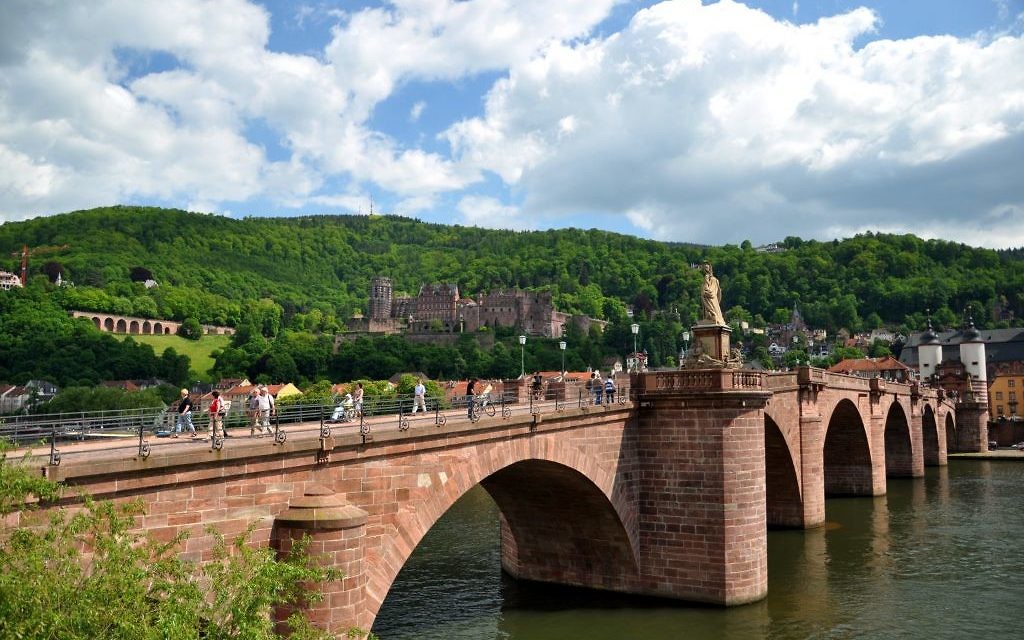 There is a certain felicitous irony in the flowering of Jewish life across Germany, where 70 years ago a great community was vanquished by war and Holocaust. That Germany today is home to Europe’s most vibrant Jewish community is somewhat miraculous — and for Jewish travelers, it offers the opportunity to be part of a heartening new chapter in Continental Jewish life. In cities large and small throughout this diverse, historic land, Jewish heritage is on display in numerous museums, restored synagogues and other intriguing markers of postwar Jewish renaissance.

Take Hamburg, whose decimated Jewish numbers grew to more than 1,000 in the late 1980s — and more than 5,000 today, including many Iranian Jews in what has historically been Germany’s most diverse Jewish community.

That diversity is typical of large port cities — and Hamburg was, in the late-19th century, a major point of departure for New World-bound Jews, a story you can explore in the Ballinstadt Immigration Museum Hamburg, which takes its name from the Hamburg Jewish merchant responsible for the trans-Atlantic shipping line.

But it’s not all history here: Young, creative Jews have bolstered cultural life in this picturesque North Sea city. Take the pulse at a performance by the Jewish Theater of Hamburg, or tour a Bauhaus landmark-turned-radio studio, the Hamburg Temple.

In the glittering financial hub of Frankfurt, more than 10,000 Jews — including the city’s mayor — today enrich a community long prominent in banking and media (the Frankfurther Allgemeine, one of Germany’s most prestigious newspapers, has Jewish roots).

In 2018, the Frankfurt Jewish Museum will reopen its modern exhibits at the Rothschild Palais, a historic edifice. But meanwhile, 2016 saw the grand opening of the Judengasse Museum, which chronicles Frankfurt’s thousand-year Jewish history on the site of its medieval Jewish ghetto. Guided tours can be arranged in advance for English-speaking groups.

Farther south in Germany’s picturesque Rhineland, the nearby cities of Cologne and Düsseldorf offer a youthful look at today’s Jewish scene. In Düsseldorf, you might drop by a cultural event at the Jewish Community Center, a hub for Germany’s third-largest Jewish community, or tour the 1950s-era synagogue, a striking piece of postwar architecture.

While many German cities were heavily damaged during World War II, Cologne managed to preserve much of its 2,000-year-old history — including a Roman-era Jewish heritage. Stroll through history along the Judengasse, the street at the heart of Cologne’s medieval Jewish quarter, and sip the famous local beer in lively pubs throughout Old Town.

Stop for a kosher meal at the café inside Cologne’s only surviving prewar temple, Great Roonstrasse Synagogue, where you can also tour a small museum exhibit. The city’s ambitious Jewish Museum is still in the planning stages, though you can already see archaeological artifacts of Jewish life at the Cologne Museum.

More kosher dining is on tap in Stuttgart, whose Jewish population today numbers 5,000 — equivalent to its prewar presence. The Shalom kosher restaurant at the Stuttgart Synagogue and Jewish Community Center is the city’s Jewish dining destination in a building that had formerly housed a 19th-century synagogue.

From Stuttgart, one of the most popular day trips is Heidelberg, a stunningly romantic mountain town with a beautiful preserved medieval center on the River Nektar. Jews have been prominent for centuries as scholars and students at Heidelberg’s renowned 14th-century university, one of the first in Germany to admit Jews, and today the community numbers around 1,000.

Germany’s sunny South boasts spectacular mountain scenery, charming medieval towns and a lively, youthful Jewish scene is energized by numerous university towns. Near the Swiss border, Freiburg boasts of being the sunniest city in Germany; as the heart of a major wine region and the gateway to the Black Forest, Freiburg has long been a favorite with vacationers. Jewish scholars have been receiving degrees at Freiburg’s renowned university since the 1600s, and a postwar synagogue was dedicated by Holocaust survivors in the 1950s.

Those traveling through northern Bavaria might consider stops in three historic towns, each home to a branch of the Jewish Museum of Franconia. The Fürth location is a 17th-century Jewish family home, rich with period detail; the Schnaittach branch occupies a 16th-century restored synagogue; and the newest outpost, in Schwabach, invites visitors to view unique murals and an 18th-century sukkah in a restored house of the former Jewish quarter, near a synagogue and other historic Jewish structures.

Glittering, affluent Munich is the urban jewel of the region, and one of few European cities to boast a larger Jewish presence than before the war — a largely immigrant community that reflects a diverse, cosmopolitan city. The stylish face of postwar Jewry might just be Restaurant Einstein, a hip, schnitzel-meets-hummus kosher boîte that serves up Jewish diaspora classics to a youthful crowd.

But in the onetime birthplace of both National Socialism and the White Rose Holocaust resistance movement, Jewish history is thoughtfully present. A Jewish complex in the center of town houses the Iohel Jakob Synagogue, a JCC and the Holocaust memorial known as the Corridor of Remembrance. Nearby is the Jewish Museum — and throughout the city, amid lovely Baroque villas and inviting plazas, you’ll find Jewish landmarks and monuments to contemplate.

After all that history, you’ll be ready for some big-city thrills — so wind up your trip in Berlin, one of the most exciting cities in Europe today and home to its largest and most interesting Jewish community. Berlin’s Jewish Museum is considered one of the best examples anywhere, as is its haunting Holocaust memorial, an immersive outdoor experience on a prominent central block.

But Germany’s contemporary Jewish life is most engaging where young Jews gather — the multi-lingual crowd at Kreuzberg’s Fraenkelufer Synagogue, the parks and hummusiyas of Prenzlauer Berg, and the pop-up Hebrew literary readings and Chanukah parties organized by Habait, an Israeli expat organization.
For the American traveler, it represents a unique opportunity to bear witness not only to Germany’s complex, tragic Jewish past, but also to its hopeful Jewish present. n