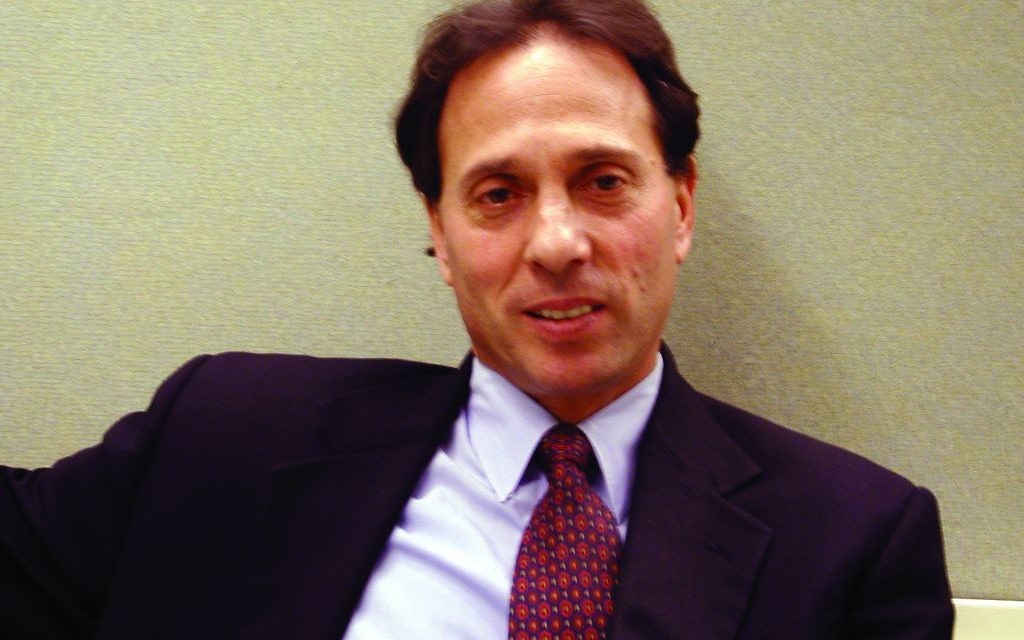 It’s long been a truism that, of the major streams of American Judaism, the Conservative movement is the one with the largest gap between bima and pew.

Where Conservative rabbis often resemble Modern Orthodox ones in their personal ritual observance — Shabbat, kashrut and so on — the movement’s rank and file tend to behave more like their peers at Reform congregations.

And while the movement’s national voices, many of which come from New York — the Jewish Theological Seminary, the Rabbinical Assembly and the United Synagogue of Conservative Judaism — hold fast to traditional norms, their mandates are often respectfully ignored by the nation’s Conservative congregants.

So it should come as no surprise that when it comes to intermarriage, the Conservative movement is ambivalent if not outright schizophrenic. Its rabbis are forbidden even from being guests at interfaith weddings, let alone officiating at them. On the other hand, well aware that most Conservative synagogue members (not to mention the rabbis themselves) have many intermarried friends and family members — and that intermarried families will soon outnumber in-married ones in the larger Jewish community — most Conservative rabbis seek to welcome intermarried couples after the wedding.

Two books out this year highlight the movement’s split personality: “The Observant Life,” a compendium of “Conservative Jewish wisdom” published in April by the Rabbinical Assembly, and “Intermarriage: Concepts and Strategies for Families and Synagogue Leaders,” to be released later this month by the movement’s Federation of Jewish Men’s Clubs.

“The Observant Jewish Life” addresses a range of contemporary topics, each chapter penned by a Conservative rabbi. It is scholarly and just a bit forbidding, with nary a picture adorning its more than 900 pages, save for the stern dust-jacket portraits of its editors — two middle-aged male rabbis from Nassau County. When it comes to intermarriage, the book cites a range of opinions; however, it clings to the view that intermarriage should be discouraged, even if it cannot be prevented.

“Concepts and Strategies,” by contrast, starts from the assumption that, in the words of journalist (and Conservative synagogue member) Jeffrey Goldberg, “The war against intermarriage is over and intermarriage won.” Goldberg is quoted in the book’s preface, by Harvey Braunstein and Stephen Lachter, the founding lay leaders of FJMC’s Keruv [outreach] Initiative. Braunstein and Lachter argue that “our Conservative movement has not moved forward quickly enough and is now faced with a critical need to adapt to the changing world or become irrelevant.”

In essays written by Conservative rabbis, lay leaders and some voices from outside (although not to the right of) the movement, “Concepts and Strategies” (107 pages) offers suggestions ranging from “shifting the conversation from marrying Jewish to raising Jewish children,” to explicitly welcoming interfaith families on synagogue websites and publications, to offering alternative aufruf ceremonies for interfaith newlyweds and a “non-Jewish gentleman’s drinking club” to enable supportive gentile husbands to bond with the rabbi.

Meanwhile, the RA’s “The Observant Life” — with chapters by more than 30 rabbis, many of them from the New York area (only one rabbi, RA Law Committee Chair and American Jewish University Rector Rabbi Elliot Dorff, appears in both books) — urges a more cautious tightrope walk. Membership, notes Rabbi Craig T. Scheff (Orangetown Jewish Center in Rockland County) in a chapter on “synagogue life,” should be “restricted to the Jewish spouse,” while at the same time, the non-Jewish spouse should be “welcomed warmly and made to feel like part of the larger synagogue community.”

Elsewhere in the volume, contributors voice their opposition to intermarriage, while at the same time discouraging people from antagonizing the intermarried. In a chapter on marriage, Rabbi David J. Fine (Temple Israel in Ridgewood, N.J.) writes that “studies have shown conclusively that intermarried couples overwhelmingly do not raise Jewishly committed children,” and notes that “Conservative Judaism endorses the ancient Jewish prohibition of intermarriage.”

Rabbi Jeremy Kalmanofsky (Manhattan’s Ansche Chesed) writes that “we must lovingly invite” interfaith families that maintain a strong commitment to Judaism “into our communities and not ignore them, but their example does not negate the overwhelming evidence that intermarriage correlates with weak Jewish commitment.”

Rabbi Scheff cites papers and responsa from the 1960s through 1980s forbidding intermarried Jews from leadership roles, key staff positions or “special honors” at synagogue, but notes that in recent years “dissenting views” have been heard. “Today most synagogues value above all other concerns the need and wish to draw all Jews to synagogue life without subjecting an individual’s desire to serve the community to harsh or exclusionary standards,” he writes.

As for hot-button issues like non-Jewish spouses participating in lifecycle rituals or synagogue newsletters acknowledging intermarriages, Rabbi Scheff writes that Conservative opinion on the former “ranges from absolute permission of such involvement to absolute prohibition,” while practices on the latter “vary from synagogue to synagogue.”

A survey conducted recently by the FJMC confirms the diversity on these hot-button matters — and finds that, in yet another indicator of Conservative ambivalence vis-à-vis intermarriage, even congregations that are inclusive and flexible on ritual matters do not advertise this fact in their newsletters and websites.

The survey got 100 Conservative synagogues to report whether they allow non-Jewish spouses on the bima during b’nai mitzvah and baby-naming ceremonies — an issue that, FJMC Executive Director Rabbi Charles Simon says, has been something of an obsession in Conservative circles, since it is not dictated by the movement or Jewish law and is left to the rabbi’s discretion.

“Almost all of the congregations are more welcoming to the non-Jewish spouse and intermarrieds when it comes to bima choreography than they communicate through their websites,” Rabbi Simon notes in an article (not in the book) about the survey.

“People don’t realize they have to walk the walk and talk the talk in publications, including the website,” Rabbi Simon told The Jewish Week, noting that many potential members visit a synagogue website before deciding whether or not to visit it in real life.

“There should be a whole section [on the synagogue website] that explains what you can expect if you’re intermarried or not Jewish,” he said. “And it shouldn’t be done in a legal format — you don’t want it to say the rabbi will be available for counseling but you’re not allowed on the bima. It has to be warm, embracing, inclusive language: we value you, we want to support you in your journey.” Or, we think we do, but we’re not entirely sure.

Julie Wiener writes “In the Mix,” a Jewish Week blog about intermarriage where part of this essay appeared recently in a somewhat different form. E-mail: Julie.inthemix@gmail.com