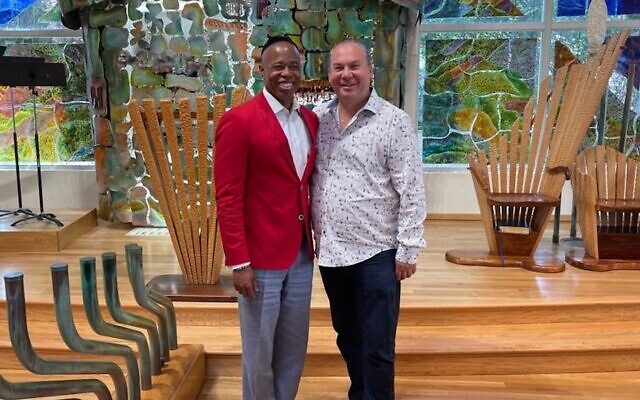 The Conservative movement will investigate how its program officials have handled sexual abuse complaints, following decades-old allegations against a Long Island youth leader.

The Jewish Community Relations Council of New York is working with its partners in the local Haitian community to recommend organizations that are providing direct aid for survivors of this week’s deadly earthquakes there.

Stanley Aronowitz, a sociology professor at the City University of New York who was hugely influential in the labor and civil rights movements, has died at 88, our colleague Ron Kampeas reports.

Elad Nehorai, a former member of Brooklyn’s Chabad Hasidic community, writes how an episode of “Schitt’s Creek” helped him cope with his decision to “leave a community that proved toxic to me.” Read his Alma essay here.

New York Lt. Gov. Kathy Hochul is scheduled to speak at the Hampton Synagogue on Sunday, days before she is expected to replace Gov. Andrew Cuomo.

Israel Therapy is for those who love the Jewish state — or “love to hate it, hate to love it, and wonder why it doesn’t always love them back.” Today’s discussion: Why does it seem like Israel expects us to keep sending money — yet have no say in how the country is run? Register here for this Streicker Center Temple Emanu-El NYC event. 11:30 a.m.

Join My Jewish Learning to learn about the history of the Jewish community of Rome, Italy – the oldest in Europe – from 161 BCE through today. Through pictures, maps, and videos, tour guide Sara Pavoncello will address the Ghetto, the Nazi occupation, as well as uniquely Jewish Roman traditions of food and language. Register here. Noon.