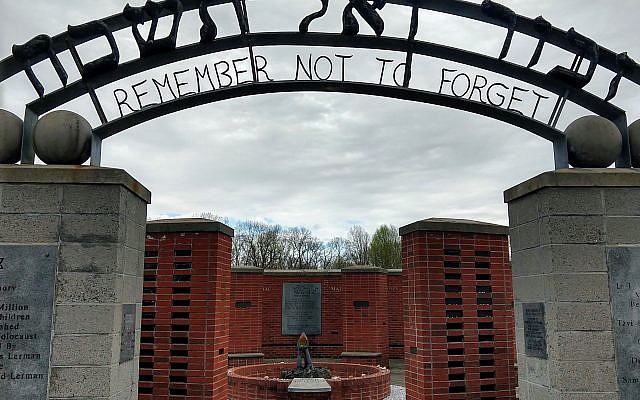 It takes a lot for a Holocaust memorial to take my breath away. In yeshiva, every day was Yom HaShoah, as we were told that six million died so we were obligated to compensate by being pious. Survivors prayed in my temple. Tattoos on veiny wrists were the backdrop of my childhood, as were the crackers and herring the survivors ate after services.

Holocaust narrative is in the air these days. “Destination: Auschwitz,” read an ad on an MTA bus plugging the new Museum of Jewish Heritage exhibit “Auschwitz.” Your death is just a short trip away, it messaged. “Not long ago, not far away” is the show’s tagline. It’s as problematic as it is clever, because it seems to undermine real suffering. It makes Holocaust memory Instagrammable.

In Berlin, when I walked among the pillars of the Memorial to the Murdered Jews of Europe, made of almost 3,000 concrete slabs of differing sizes, I sought a fervent experience, one where I’d feel the spectrum of human emotions. Instead, I heard yelling as children ran through their playground. An Italian woman posted a selfie. I thought of “Yolocaust,” an art project which photoshopped visitors’ disrespectful social media pictures from the site onto horrific Holocaust scenes. Despite expecting some public indifference to the space, I was still surprised. All 12 featured visitors emailed hthe artist at Undoucheme@yolocaust.de to take it down.

I understand the purpose of these sites in the abstract — to remember and honor the dead. Also, to make sure a genocide never happens again. But most visitors don’t care. They continue to treat these memorials like the Empire State Building or Times Square. For most tourists, Bergen-Belsen is as serious as the sunrise at the Grand Canyon. Brandenburg Gate and memorials are just recommendations on TripAdvisor.

I approached the Holocaust monument in Pittsgrove Township, N.J., lugging this kind of baggage. To say it is ill advised would be incomplete. Surrounded by Jewish gravestones, you can see it from the road that runs by the Alliance Cemetery, where it is located. It looks like a large mausoleum for a local official. Red brick pillars surround an inner circle with stone benches. At the center is an outstretched hand reaching for the sky. A metal arc stands out from the street, with the font made famous by Auschwitz’s welcome, “Arbeit Macht Frei.” Instead of saying “Work Sets You Free,” it reads, “Remember Not to Forget.” A plaque next to it explains the symbolism of the site. The arch serves as a reminder of the “infamous gateways to life of torture, slave labor, and starvation at the innumerable concentration camps throughout Germany and its occupied territories.” 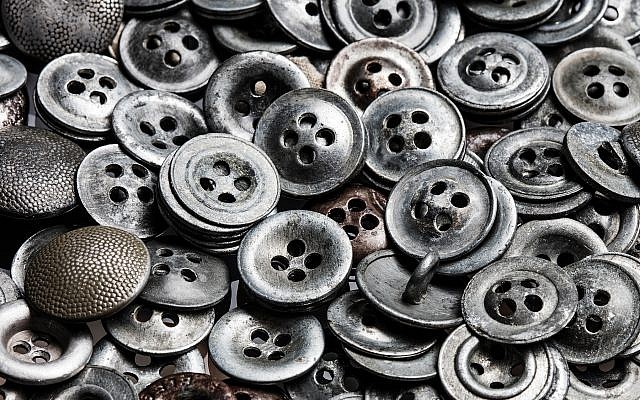 An installation at the “Auschwitz” exhibit at the Museum of Jewish Heritage in Manhattan. A mountain of prisoners’ buttons were found by liberating armies. Collection of the Auschwitz-Birkenau State Museum. ©Musealia

It was another billboard for a death camp.

The columns inside represent the crematoria chimneys in Eastern Europe camps where the victims’ bodies were “discarded en masse,” according to the plaque. The outstretched arm signifies hope.

When mourning becomes art, it loses its potency. Elie Wiesel’s Holocaust memoir trilogy is a work of literature. He carefully recounted the scenes in the camps, but paints them in perfectly hued sentences. It’s pareve. “Night” is read in many high schools across the country in part because of its accessibility. “Maus,” the graphic novel that painted Nazis as cats and Jews as mice, is also softened by the animated metaphors. The art cushions the blow of events, making it palatable for a wide-reaching audience. But it loses something in the process.

A book like “Man’s Search for Meaning” takes a different route. In the first half of the book, Viktor Frankl is reporting his survival narrative. Unlike Wiesel’s “Night,” Frankl’s account causes the reader discomfort because he recounts exactly what happened, without the mask of language. I couldn’t complete the first part and skipped it to read the psychological unpacking of the experience in the second half, where he introduces his theory of logotherapy. 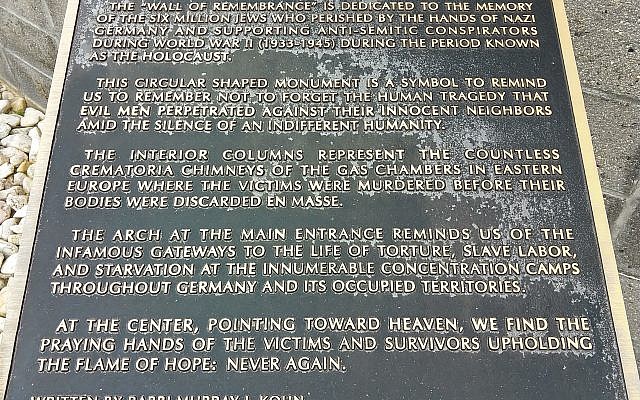 But maybe that’s the goal of Shoah art and memorials — they are too hard to digest. They are torturous to witness beyond the pornographic level of the Holocaust Industry. At the Pittsgrove Township memorial, there is no facile, redemptive narrative like in “Schindler’s List.” There is no literary value like that found in Wiesel’s works. It’s just pain and suffering.

The genocide should not be embellished in our collective memory as black-and-white Oscar-winning films, nor flashy bus ads. It should be reported head-on. Upon reflection, the New Jersey cenotaph is perfect, accurately conveying information and needed emotions of a mass tragedy. It’s hard to capture the enormity, and a heavy monument is the best possible method of doing so.

Eli Reiter is a teacher and storyteller living in Brooklyn. His column will appear the fourth week of the month.