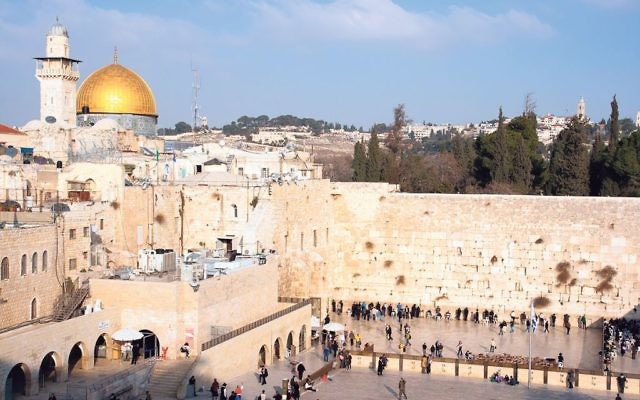 The 50th anniversary of Jerusalem’s reunification will bring together Jewish day schools in the Bronx, Westchester and Greenwich, Conn., for a special celebration.

“It’s the idea of using the theme of ‘Yerushalayim’ to bring people together, and bringing our schools together to learn from each other,” said Rabbi Binyamin Krauss, head of the SAR school in Riverdale, who brought the idea to his colleagues among the various day schools shortly before Passover. “Everyone is looking to celebrate Yerushalayim in a special way.”

Rabbi Krauss was inspired, in part, by Jerusalem Mayor Nir Barkat’s visit to SAR last fall. SAR invited some other schools to events connected to that visit, and Rabbi Krauss kept hearing, “Why does it take the mayor of Jerusalem to bring us together?”

The afternoon event on May 24 will take place on the campuses of SAR and Kinneret in Riverdale; Westchester Day School, Westchester Torah Academy and Solomon Schechter School of Westchester in neighboring Westchester county, and the Carmel Academy in Greenwich. About 1,000 students will participate.

“Every school is doing its own planning for the day,” said Rabbi Joshua Lookstein, head of school at Westchester Day School in Mamaroneck. “Programming is Jerusalem-centered, with a focus on Jerusalem through the lens of Israel as a whole. The theme of unity was the seed of this idea.”

Each school will host a different grade, and send some of its own students to the other campuses. The individual schools will develop an age-appropriate program, usually including some interactive activities, textual study, and music, dance or art.

At Solomon Schechter School of Westchester, which will host the fifth grade, the focus will be on “spiritual and modern concepts of Jerusalem,” said Michael A. Kay, the head of school. The students will explore the notion of the gates of Jerusalem, in part in the school’s robotics, technology and engineering lab.

Another way students may explore the idea of unity, said Deganit Ronen, associate principal of Westchester Torah Academy in New Rochelle, might be making a mosaic together as a symbol of the city. “We want to keep the kids involved and engaged,” said Ronen. “This is such a beautiful message to all the communities around us. This is what we want to show by example. The way you celebrate is the message you want to communicate, which is unity. ‘Let’s do it together,’ because we’re all in this together.”

This collaborative approach aligns with current thinking about Jewish education, said Nora Anderson, head of school at Carmel Academy, which will host eighth graders and send its second and fifth graders to the other schools. “Another school may have different educational practices and philosophies, and students will be exposed to different activities,” she said. “Collaboration among Jewish day schools is critical. It happens in the secular school world, and the business world, and is critical in Jewish schools.”

Rabbi Aaron Frank, head of school at Kinneret Day School in Riverdale, which will host the fourth graders, finds the prospect of a joint program especially compelling. “Proverbs talks about the power in numbers,” he said. “When you being more people together, you bring holiness and significance to the space. It’s pretty remarkable to get 1,000 kids participating. The second significant piece is the diversity, for students getting together with schools from different [Jewish] lenses.”

Added Schechter’s Kay, “The symbolism of having the broad community coming together to celebrate Jerusalem is really powerful.”