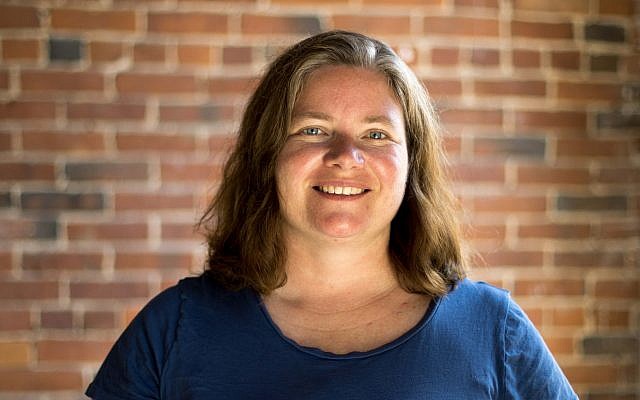 We are incredibly fortunate to live in an age that has more women studying Talmud than ever before; furthermore, not only are women engaging with these texts, but they are doing so at an unprecedented level of scholarly sophistication. Over the past half century, opportunities for women to study Talmud have changed drastically, with institutions like Drisha, Pardes, Hadar, and others creating learning spaces. Stern College at Yeshiva University instituted its program for women to build their Talmud skills in the 1970s; the Jewish Theological Seminary opened its doors to female rabbinical students in the early 1980s; and now women can follow any number of paths to learn at a high level. Additionally, during this time the academic study of Talmud has introduced increasingly important methodologies for examining our tradition from a historically-informed vantage point. Truly, this proliferation of dialogue enriches our understanding of and engagement with these texts.

Truly, this proliferation of dialogue enriches our understanding of and engagement with these texts.

I am particularly fortunate to live in Cambridge, MA, where I serve as the special events coordinator for the Cambridge-Somerville Open Beit Midrash, an organization that participated this year in International Women’s Talmud Day. This event had particular significance because the greater Boston area was a locus for the transformation of women’s learning of Talmud in this country and it was a great honor to pay tribute to this legacy. When Rabbi Joseph Soloveitchik founded the Maimonides School in Brookline, MA in 1937, he had a vision of offering both girls and boys the chance to study Talmud together. This pedagogical approach allowed women to engage with material that was often unavailable to them–and even now remains unavailable to them–at other institutions. When Stern College implemented its intensive program for women to build their Talmud skills in the 1970s, Rabbi Soloveitchik’s son, Dr. Haym Soloveitchik, was an integral part of the faction that understood the need for such an endeavor; he had been brought up learning Talmud from his mother and alongside his sisters, then studied in a mixed environment when he attended Maimonides.

Dr. Soloveitchik saw no reason to limit women’s participation in such activities and felt strongly that any skill gaps between men and women should be eliminated.

Dr. Soloveitchik saw no reason to limit women’s participation in such activities and felt strongly that any skill gaps between men and women should be eliminated.

His father endorsed the Stern College program by speaking at the opening ceremony, where he concluded his remarks with the following statement: ‘It’s important that not only boys should be acquainted [with Oral Law], but girls, as well. I’ll support you as far as education is concerned. If you have problems come to me, I’ll fight your battles. I wish you success, brakhah ve-hatzlachah.’

International Women’s Talmud Day was founded in 2018 with the following mandate: ‘to encourage women’s Talmud study, create a feeling of community among women who study and teach Talmud, and highlight women’s Talmud scholarship.’ Notably, the goal of this event is not to highlight women’s issues within scholarship, or in the Jewish world more generally. Despite the fact that we live in this era of incomparable learning opportunities for women, our voices are still too often marginalized. Conferences or learning events have a tendency to invite men as their speakers, in part because women’s education is frequently categorized as less rigorous; perhaps even worse, when women are included, they are often relegated to panels where they can talk about ‘women’s issues in Judaism.’ The speakers at our event were encouraged to talk about whatever topic was of interest to them, resulting in three very different shiurim: Rabbi Miriam-Simma Walfish spoke about the death penalty in the Talmud; Yoetzet Halachah Sarah Cheses brought texts that looked at relationships between rabbis and their wives; and Rabbi Lila Kagedan examined the mitzvah of bikkur cholim (visiting the sick). The event, which had over fifty attendees, was a great success, and we were fortunate to learn about such diverse topics from gifted and dedicated teachers.

The event, which had over fifty attendees, was a great success, and we were fortunate to learn about such diverse topics from gifted and dedicated teachers.

Amid the cacophony of voices preserved in the Talmud, we very occasionally hear those of women: the wise sagacity of Bruriah and the razor-sharp intelligence of Yalta belong to our tradition just as more familiar names like Hillel and Shammai do. Yet, if anything, these rare occasions when women speak increase our awareness of the extensive knowledge that we have lost. Women’s voices are under-represented from the Torah onward, so perhaps it is not surprising that they are sparse in rabbinic texts. But it is worth contemplating how much knowledge, wisdom, and experience is now irrecoverable because of this absence. By showcasing female scholarship, we can enrich our tradition through the inclusion of perspectives that, in an earlier age, would almost inevitably disappear.

By showcasing female scholarship, we can enrich our tradition through the inclusion of perspectives that, in an earlier age, would almost inevitably disappear.

It was a great privilege to host such an important and enjoyable event in our community; may our tradition grow stronger as new voices speak about our foundational texts.

Zoë Lang is an active member of the Cambridge, MA Jewish community and the special events coordinator for the Cambridge-Somerville Open Beit Midrash. She holds a PhD from Harvard University and currently works as a software engineer for a publishing company.