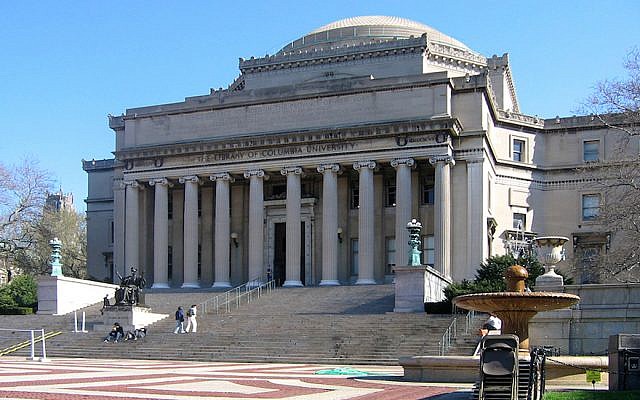 (JTA) — A Columbia University professor wrote on Facebook that the only difference between Israel and the Islamic State, is that Zionist columnists defend the Jewish state’s “terrorist cause.”

Hamid Dabashi, a professor in the university’s Department of Middle Eastern, South Asian, and African Studies, wrote this last week, triggering an outcry by pro-Israel students.

He added: “The only difference: ISIS does not have a platoon of clean shaven and well coiffured [sic] columnists at the New York Times propagating the cause of the terrorist outfit as the Zionists columnists do on a regular basis.”

The university chapter of Students Supporting Israel wrote in a statement Thursday: “This kind of utterly despicable and repugnant statement is not to be expected from a tenured faculty holder in an Ivy League institution.” Fox News and other media reported that the university did not immediately reply to queries on Dabashi.

Separately, in the United Kingdom a candidate running for the National Union of Students’ executive committee also equated Israel to the Islamic States.

Zeid Truscott, a University of Bath student, shared an article five years ago alleging that Abu Bakr al-Baghdadi, the leader of Isis, was trained by the Mossad.

The Union of Jewish Students said it is “deeply troubled” by what is called anti-Semitic social media posts by Truscott.