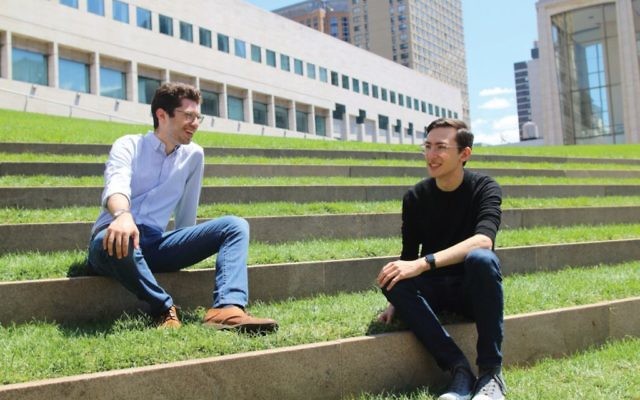 Internships weren’t enough to keep Columbia University students David Treatman and Alan Koolik busy for the summer. On top of Treatman’s real estate internship and Koolik’s job in theater ticket sales, the pair spent their summer producing a show at the New World Stages called “Puffs,” which has earned praise from critics at The New York Times and Wall Street Journal among others.

“Puffs,” which runs through January, tells the story of the often-overlooked students who happened to study at Hogwarts at the same time as Harry Potter. The show takes its name from the Hufflepuffs, the house in Hogwarts that generally plays a secondary role in the Potter series.

This was the first producing gig for Koolik, a rising junior, and Treatman, a rising sophomore, who met while working on a show at Columbia in the fall. They quickly discovered their shared interests and the different strengths they could each bring to producing, with Treatman’s background primarily in acting and directing and Koolik’s in business.

Getting a foot in the door in the New York theater scene poses a challenge for two young upstarts. “Here in New York, everyone’s sort of looking for an established person, some bigger thing to invest in that’s known,” said Treatman. “But on the West Coast, most people with money looking to invest it realize that success looks like two young guys with a bright idea.”

Instead of looking to the West Coast to raise capital, the pair looked for small investors in the Jewish communities where they grew up. “It’s the people who know us, it’s the communities we came from, it’s the people who watched us go through theater in high school,” said Treatman. “That’s where we got our investors for this first deal and I wouldn’t be surprised if it’s where we get them for the next one.”

The duo takes a novel approach to the fundraising that makes up the bulk of a producer’s job. “If you’re a big producer, you know lots of old New York families or wealthy families who are willing to throw half a million dollars into something,” said Treatman. “We specifically want to make this something for smaller investors.”

At 20 and 19 years old respectively, the producing journey hasn’t always been easy for Koolik and Treatman. “An extreme hindrance has been trying to get people to take us seriously. But that has driven us to find more and more unique opportunities and lower budget shows like Puffs,” said Treatman. “So we sort of found our niche and that’s been really helpful for us.”

The two are currently on the lookout for new producing opportunities, with plans to travel to the Fringe Festival in Scotland to scope out potential shows. They hope to continue producing while in school as well as after they graduate, perhaps with breaks between projects while Treatman goes to business school and Koolik studies entertainment law.

“When we’re not doing school work we’re chasing leads and we’re emailing people and meeting with people,” said Treatman. “We just don’t take no for an answer ever.”