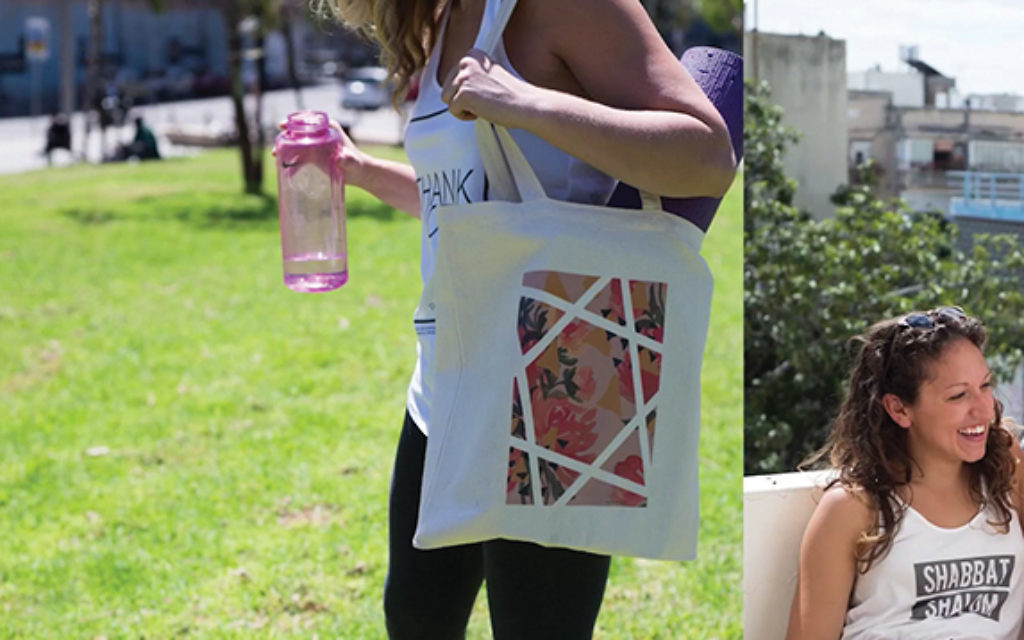 That’s how the founders of Mashu Designs, a new hipster Zionist clothing line, see the brand. Since its launch at the end of 2014, Mashu has been targeting young American customers who are prone to leave Israel with a pile of “I love Israel” T-shirts — in the absence of a better option.

“We thought about clothing sold to Americans in Israel,” said Ido Amran, the Israeli head of business development at Mashu, “and realized the need for something cooler.”

While other clothing lines have defined themselves as Jewish and hipster — like Unkosher Market, a line that features moxie memes with classic Yiddish-isms on white tees — what sets Mashu apart is its pro-Israel message.

Aimee Millwood, one of the founders, sees the group as doing more than just selling clothes — she sees the mission as selling Israel.

“It’s not popular to support Israel these days,” Millwood told The Jewish Week in a telephone interview from Tel Aviv. “Even if you aren’t pro-Israel politically, but you love the country — the beaches and the food — then you need ways to show that.”

Millwood also hopes the company will “fight BDS,” the international movement to boycott Israeli products, by showing that there is more than one way to support the Jewish state. “You can love any other country without it being a political statement, so why don’t we do the same for Israel?” she said.

Their website currently features 15 varieties of tank tops, T-shirts and tote bags. The designs include renderings of rainbow challahs, phrases such as “Shabbat Shalom” and “Thank You Israel” in a stylish, modern font and a series of abstract Jewish stars.

While some of the designs say or depict Israel, others might read as conveying a Jewish identity rather than a specifically pro-Israel one. Millwood said two new tote bag designs are coming out —a camel, and the Israeli dish shakshuka — “that are much more ‘Israeli.’”

Fifteen percent of each sale goes to charitable causes in Israel.

Although Mashu has received positive feedback on their designs, the company is working on smaller margins than hoped for, said Amran. He hopes to cut costs by moving production from the U.S. to Israel, and to up sales by adding more designs.

But, said Amran, profit is not the central motive. “We are doing it because we want to do it,” he said. “It fills our hearts more than our pockets.”

While Mashu’s main target audience is young Americans, the team behind the scenes is much more diverse. There is Millwood, who moved to Tel Aviv two years ago and converted to Judaism. Then there is Amran, who grew up in Modeh Sharon and served in a combat unit in the IDF before starting at Mashu Designs. But the diversity goes further. According to the website, the founders are “Jewish, Christian, gay, straight and bisexual, secular and religious, left and right wing.”

Amran thinks the varied backgrounds of the Mashu team reflects the increasingly multicultural population of Tel Aviv. “I think the diversity shows a lot about this city and this country,” he said.

The company’s name comes from the Israeli phrase “mashehu mashehu,” which directly translates to “something something” but refers to something special or great.

Are the designs something special? We asked Alex Weiner, a freelance designer who has spent time in Israel on Birthright and studying at Hebrew University.

“I could totally see people getting these and wearing them,” she said. “This is a huge step up from the usual ‘Don’t Worry, Be Jewish’ [T-shirts].”