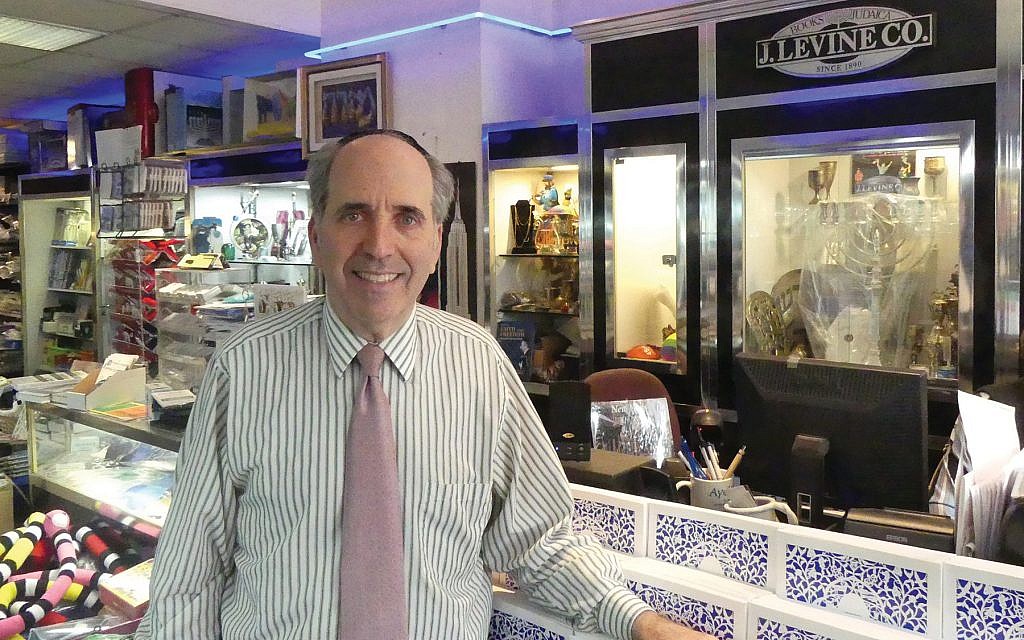 The 30 or so regulars in the weekday Mincha service in the back aisles of J. Levine Books and Judaica in Midtown learned some news on Monday afternoon that other customers would learn a few days later on Facebook or by email — the days of their daily worship service there are numbered.

“For financial reasons I am closing the store,” Daniel Levine, J. Levine’s owner for 40 years, declared before giving a short dvar Torah, a daily feature of the minyan.

Some of the men, all of whom work nearby, gasped; others wished Levine well in his retirement and many placed bills and coins in the old tin pushke that one davener passed around. Deborah Dear, who has worked the store’s front counter for 28 years, faithfully maintains the charity, collecting $70,000 over the years.

The store, which Levine calls the oldest Jewish bookstore in the country and was the last of its ilk in Midtown, did not fall victim to soaring rents but to two other powerful trends: assimilation and the growing prevalence of online sales.

At one time, Levine said, walk-in business accounted for about 80 percent of his business. In recent years, he said, it decreased to 50 percent, as he expanded the firm’s online presence. Every year — except in the weeks before major Jewish holidays — he would notice fewer people coming in the shop on West 30th Street just off Fifth Avenue.

J. Levine, which weathered the general decline in business that affected many U.S. companies during the 2008 recession, suffered the same decline in on-site book purchases that cut sales that year at Barnes & Noble and forced Borders to close. While independent bookstores have experienced a revival over the last few years, the outlook is not good for bookstores that are competing with the internet, Levine said. 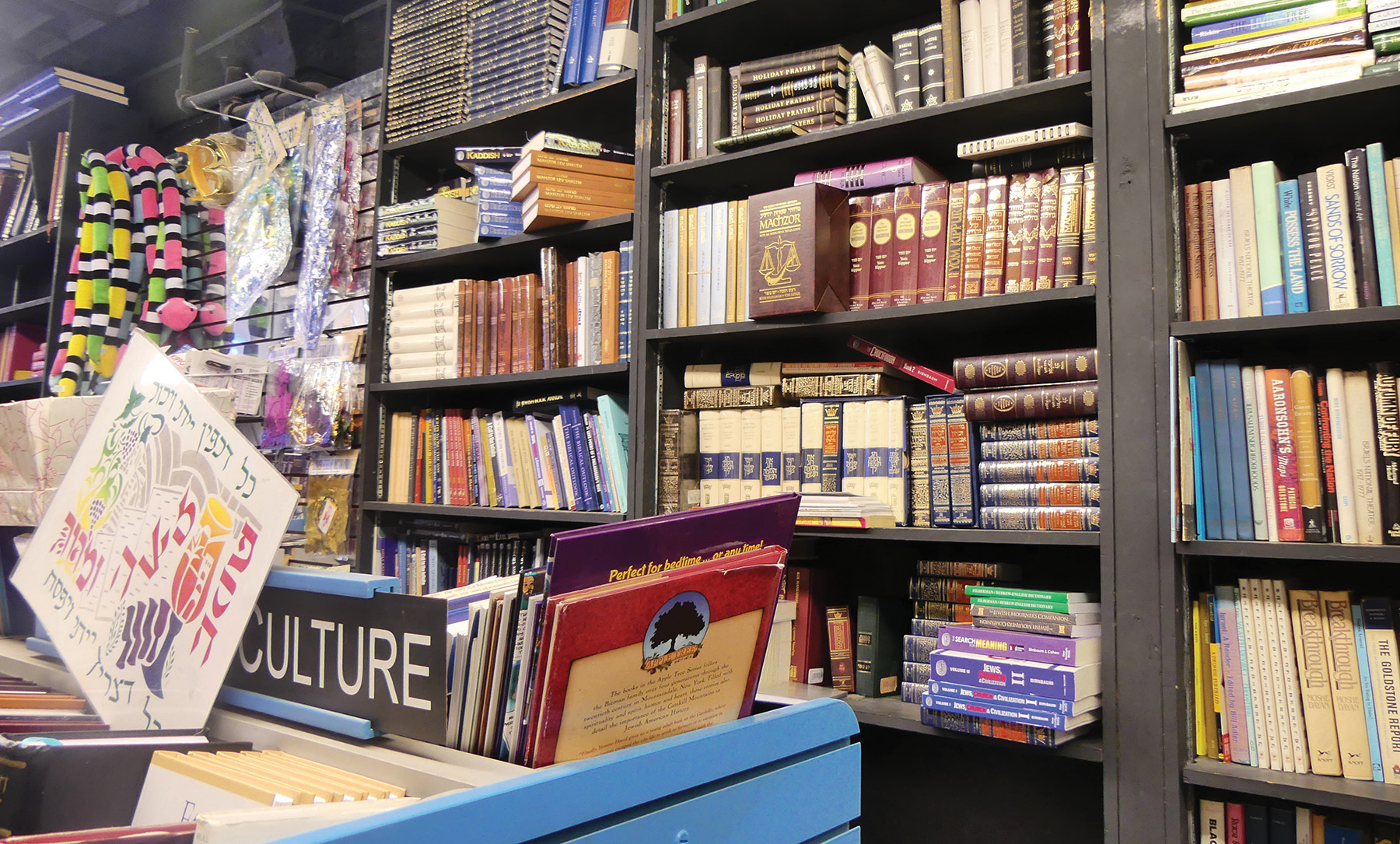 End of a chapter: J. Levine, which is closing at the end of May, has been home to shelves of books, barrels of shofars and a weekday Mincha service that attracts worshippers from nearby office buildings. Photos by Nora Wesson

“The next generation doesn’t shop in stores,” he said. “That’s the nature of the world.

“There is no future for retail,” Levine, the store’s fourth-generation owner, said. J. Levine will close at the end of May; Levine will continue to sell items on a scaled-down website (levinejudaica.com) and will offer his stock at deeply discounted prices during the next four weeks.

Since word about the store’s imminent closing spread last week following a report in this newspaper’s online edition, “We’ve gotten a lot of nice calls from people around the world,” Levine said. “People ask if the rumor is true.”

The business began on the Lower East Side in 1905 and moved to its present location in 1983.

Its closing leaves Manhattan, once home to dozens Jewish of bookstores, most of them open for business early in the previous century on the Lower East Side, especially on Norfolk Street (where J. Levine began), with two free-standing ones:

♦ West Side Judaica, on the Upper West Side, which offers a large selection of scholarly and academic texts as well as Judaica items, indicated that it was considering closing the store two years ago because of rising rent and declining business, but an influx of sales from loyal customers has allowed it to remain in business;

♦ Judaica Classics, on the Upper East Side, concentrates on such Judaica as candlesticks and challah boards, with a modest selection of books. The store, owned by Doina Bryskin, was formerly housed at nearby Congregation Kehilath Jeshurun.

In addition, Jewish bookstores and gift shops are located at Manhattan museums and other Jewish institutions, and at a dwindling number of synagogues. And many Jewish community centers offer a large selection of books during their annual book fairs.

Outside Manhattan, especially in the heavily Orthodox neighborhoods of Brooklyn and Queens, Jewish bookstores are flourishing.

“I have the same problems” as Levine, “100 percent,” Bryskin said. She said she considered closing her store a few months ago, but business “improved a bit — not significantly.”

It is very possible that she will decide to follow Levine’s lead in a few months. “By the summer, I will consider doing the same thing.” 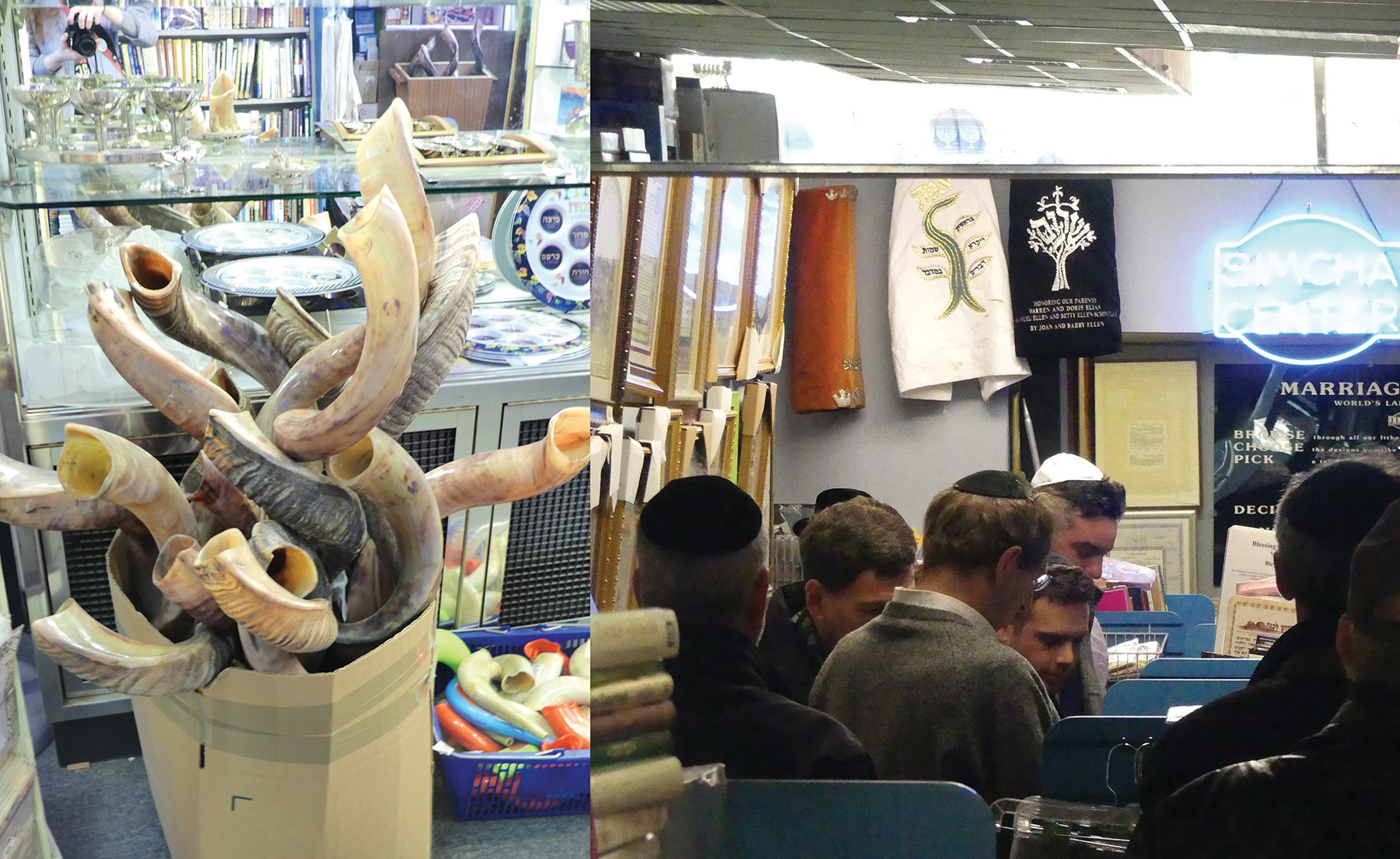 Sitting in his cramped office, Levine said three full-time employees and two part-time ones, most of them long-term workers at the store, will lose their jobs when J. Levine closes. “That’s the hardest thing for me.”

Inside the store, the shelves contain the books and CDs, kippot and taleisim, ketubot and Kiddush cups that for decades brought in tourists and residents of the borough. “They’re not going to go to [the Jewish bookstores in] Brooklyn,” Levine said of his Manhattan clientele.

“You walk in and you feel you’re a part of Jewish history,” said Rabbi Joseph Potasnik, executive vice president of the New York Board of Rabbis. “You’re surrounded by books.”

Rabbi Potasnik pointed to Levine’s status as the store’s fourth-generation owner. “When you talk to Danny, you’re talking to a link in Jewish history.”

Sharon Kleinbaum, senior rabbi of Congregation Beit Simchat Torah, called the store’s closing a “terrible” loss to the Jewish community. She said her congregation, whose new location is two blocks west along 30th Street, bought “a little bit of everything” at J. Levine.

“We had our [theological] differences, but he treated me with respect and my congregants with respect,” said Rabbi Kleinbaum, who leads the LGBTQ congregation. “He would call me ‘rabbi,’ which is not standard from Orthodox community members. I stopped going to other Jewish bookstores because of the way I was treated and the way our congregants were treated.”

The wider reduction in the number of Jewish bookstores is “not a sign that Judaism is in decline,” according to Jonathan Sarna, professor of American Jewish history at Brandies University; rather, he says, it’s a sign that customers are buying their Jewish stuff in different ways.

“There is a certain sadness” to Jewish bookstores closing, said Jeffrey Gurock, professor of American Jewish history at Yeshiva University. In their heyday, he said, “they were cultural institutions where Jews ran into each other and discussed Jewish books.” 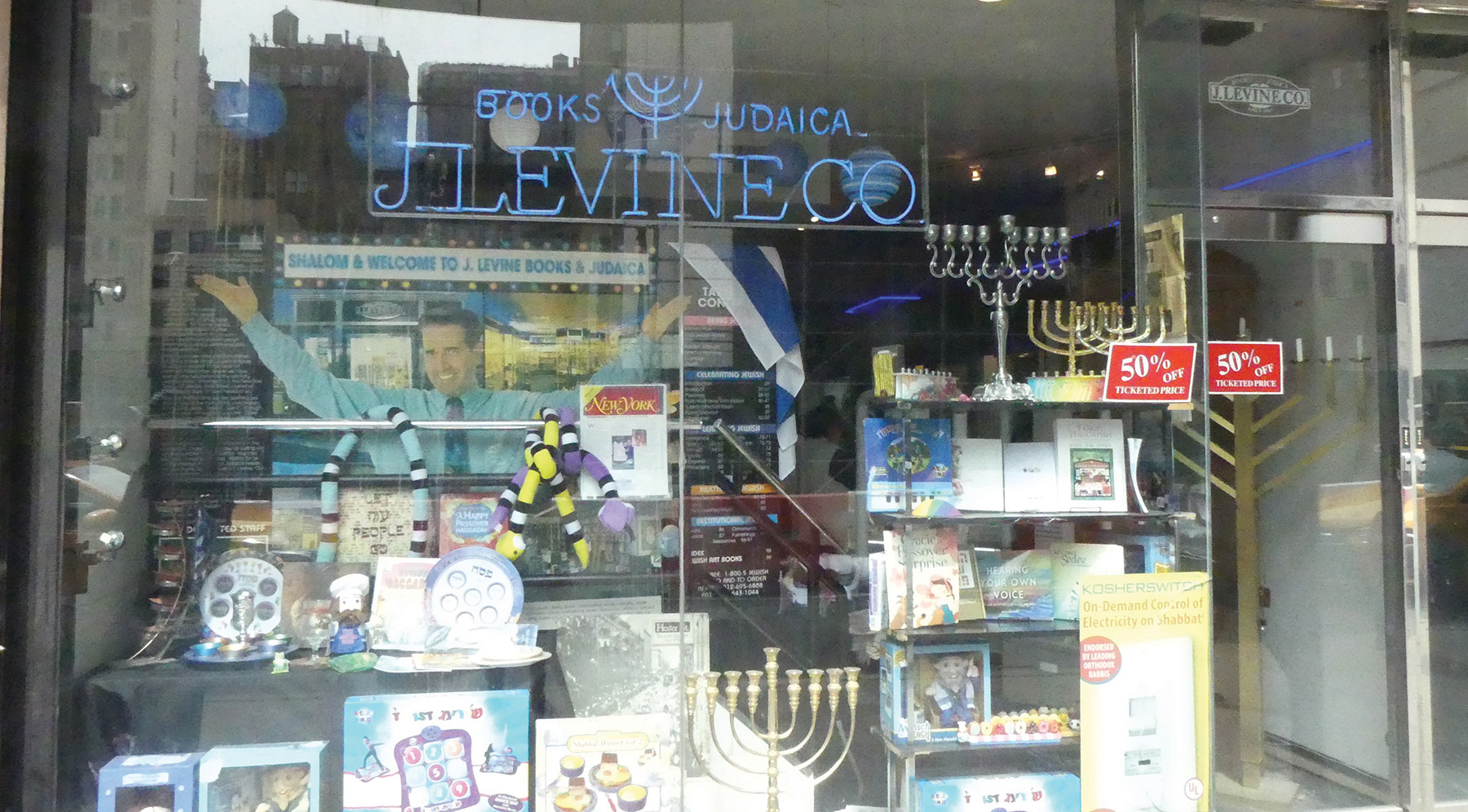 Gurock added that a large number of Jewish books “are readily available” at large, “general market” bookstores like Barnes & Noble — or were available, until those stores suffered their own decline.

J. Levine has been a presence in Manhattan since a large number of Jewish immigrants began arriving here in the early 1900s.

It was founded by Hirsch Landy, a Torah scribe from Lithuania who immigrated to the United States in 1905 and settled on the Lower East Side. His son-in-law, Joseph Levine, expanded the business, and Levine’s three sons developed the firm into a department store of Jewish books and Judaica.

Daniel Levine took over J. Levine after two of the brothers retired, and the third — his father Seymour — made aliyah.

Did the gamble pay off?