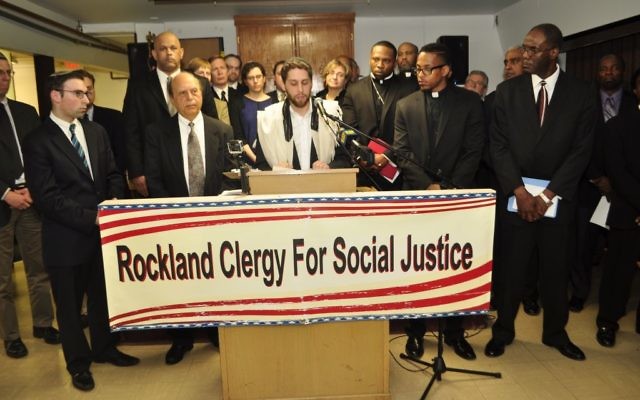 The East Ramapo School District is directly responsible for the education of about 9000 public school children and indirectly for thousands of children attending non-district schools.

Though there is much disagreement about who is responsible, all sides agree there is a crisis. The question before us, and before our leaders in Albany, is how to best address that crisis.

Rockland Clergy for Social Justice, which consists of Jewish, Christian and Muslim clergy and leaders, have come together to try to bring clarity to a complex issue and to seek appropriate assistance in finding a solution for a growing complex problem.

There is much we do not know, but this is what is known:

1. The public school community and the district’s board and school administration are at odds with contempt and bitterness expressed toward one another;

3. The board has challenged the state’s findings in court;

5. The State Education Department and court found that the district violated law in selling school property at below market value;

7. The district is being investigated by the U.S. Department of Education, Office of Civil Rights;

8. New York State’s Supreme Court has found that the district is in violation of State Education Department special education law and regulations;

9. Judges and police officials indicate that cuts in East Ramapo’s education and extracurricular services, resulting in excessive unstructured time, have led to increases in adolescent arrests and family court appearances;

10. The board moved public comment to the end of board meetings, often near midnight;

11. The district’s lawyer cursed at and threatened to physically fight an East Ramapo honors student;

12. The lawyer’s actions violated the District’s Code of Conduct;

13. Despite parent and student protests, neither the board nor the superintendent responded or addressed the incident;

14. The district’s cuts in funding have reduced the number of advanced placement classes; teachers, counselors, art and music programs, and assistant principals in excess of other Rockland school districts;

15. Former board member Stephen Price resigned in January 2013, citing harassment and intimidation by board members and lack of responses from the superintendent when he requested financial information, and explaining this led to an inability to fulfill his fiduciary responsibilities.

Rockland Clergy for Social Justice, as well as many students, parents and community members, perceive East Ramapo as being in a state of crisis. Crisis cries out for help. Five plus years into this conflict, with no appreciable improvement, East Ramapo needs help. Asking for help is not an indication of weakness. Just the opposite: It’s a sign of strength, intelligence, and realistic resourcefulness.

Recognizing the reality and seriousness of the East Ramapo crisis, in which the wellbeing and future of thousands of public and non-public school children have been placed at risk, Rockland Clergy for Social Justice serves as a rational voice of grassroots leadership from the community, a voice of Christian, Jews and Muslims in the midst of confusion and disarray.