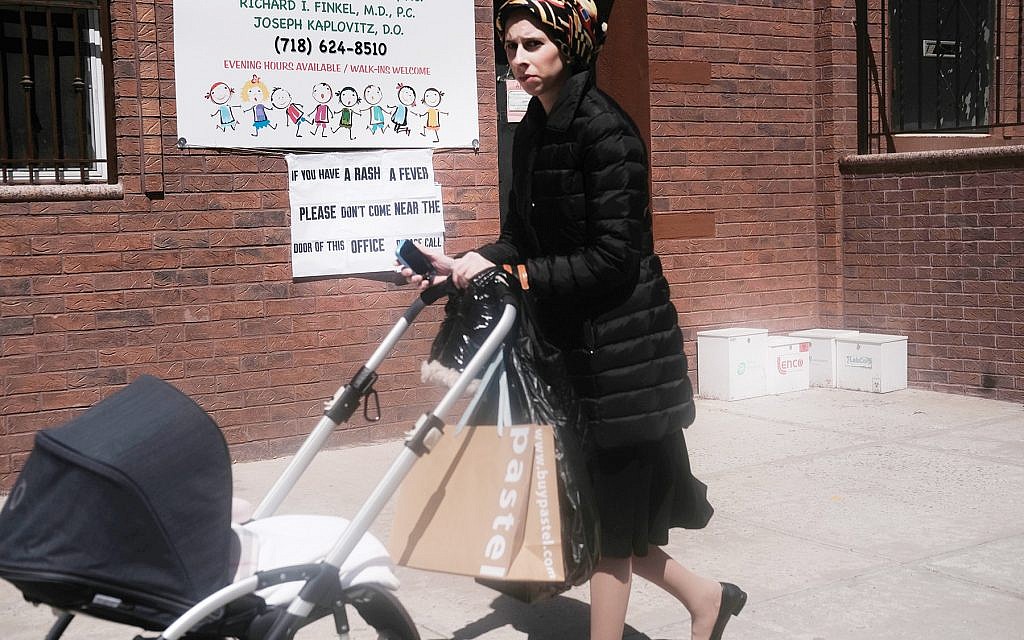 A woman pushes a stroller past a doctor’s office in Williamsburg that warns people with rashes or fever not to enter the office. Getty Images

The city’s measles epidemic continues to spread despite increasingly strict measures taken by the city’s health department, including this week’s closure of a prominent Satmar preschool in Williamsburg, the United Talmudic Academy. City officials claim the school did not provide proof that all its students were vaccinated.

Meanwhile, a group of parents has sued the city saying the restrictions violate a part of a state law that allows religious exemptions to the vaccination mandate even as state legislators appear poised to rescind that part of the law altogether. UTA did not respond to a request for comment.

The events this week come on the heels of an April 12 declaration of a public health emergency by Mayor Bill de Blasio. New regulations applying only to chasidic areas in Williamsburg (zip codes 11205, 11206, 11221 and 11249) mandate that all yeshivas and chasidic day care programs that don’t exclude unvaccinated students would be shut down and that anyone who may have been in contact with infected people and is not vaccinated may be fined $1,000 and be required to get the vaccine right away.

There are now 329 measles cases in New York City, with 44 occurring after the emergency declaration.

As the crisis deepens, Democratic State Sen. Brad Hoylman is sponsoring a bill that would repeal the public health law that allows exemption from vaccination due to religious beliefs. Hoylman, whose district covers a wide swath of Manhattan stretching from the East Village to the Upper West Side, is sponsoring a bill together with Democratic Assemblyman Jeffrey Dinowitz, who represents the Riverdale-Kingsbridge area of the Bronx. 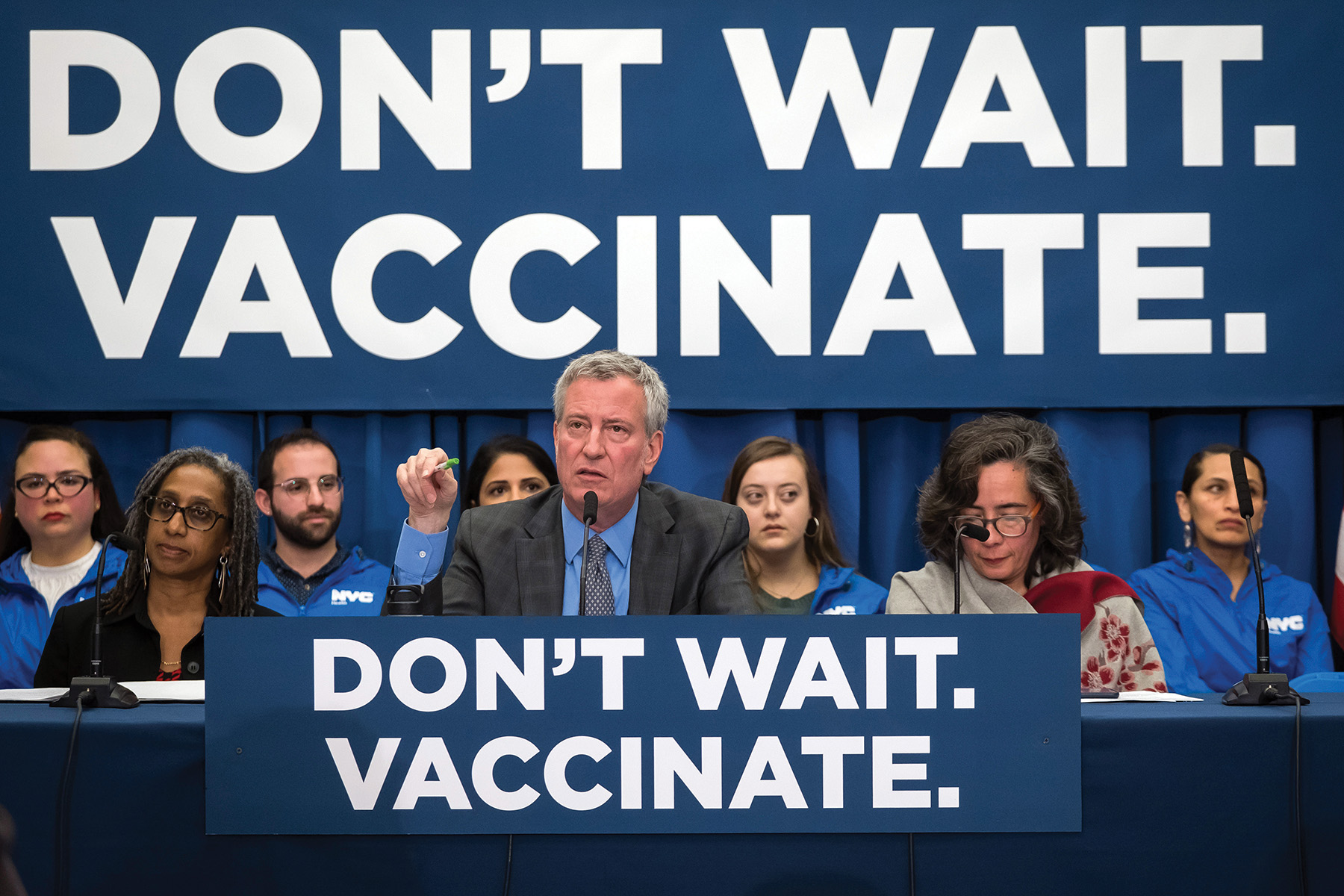 “First Amendment rights do not extend to endangering one’s own children, or other people’s children,” Hoylman told The Jewish Week. Although similar bills have failed to pass in the past two legislative sessions, Hoylman said the recent measles outbreak has brought a sense of “urgency” to the Senate floor. “Public health interests need to prevail,” he said.

He added that “removing religion from the equation” offers the additional advantage of “shielding members of our Jewish community” from an uptick in anti-Semitic incidents aimed at ultra-Orthodox Brooklyn residents, where the measles outbreak has been most concentrated. (The Anti-Defamation League released a statement expressing concern over rising tensions, as some have singled out the Orthodox Jewish community as the sole population responsible for the outbreak.)

“Let’s base vaccination law on science,” said Hoylman, who first introduced the bill four years ago shortly after California responded to a measles outbreak at Disneyland with similar legislation.

Jeffrey Leb, a political strategist and president of Capitol Consulting, said that with the Democrats now in control of both the House and the Senate, he is confident the bill will pass this time. In the three months since Democratic lawmakers won majorities, a slew of long-languishing bills have passed, including the Child Victims, Reproductive Health, Gender Expression Non-Discrimination acts as well as legislation allowing early voting and the pre-registration of minors, banning gay-to-straight and gender identity conversion therapy, congestion pricing and a package of restrictive gun laws.

“The Republicans in the state senate were very sensitive to the needs of the ultra-Orthodox community. And now that they’re not in office anymore many things are happening that were blocked by the religious right and the Republicans,” Leb said. “But now that the Democrats are in power, the first thing they did was they passed that [two bills prohibiting conversion therapy], and they passed the Child Victims Act also.”

As for eliminating the religious exemption from the vaccination mandate, Leb said, “I’m sure that it will face a lot of opposition, but I’m pretty sure it’s going to pass.” 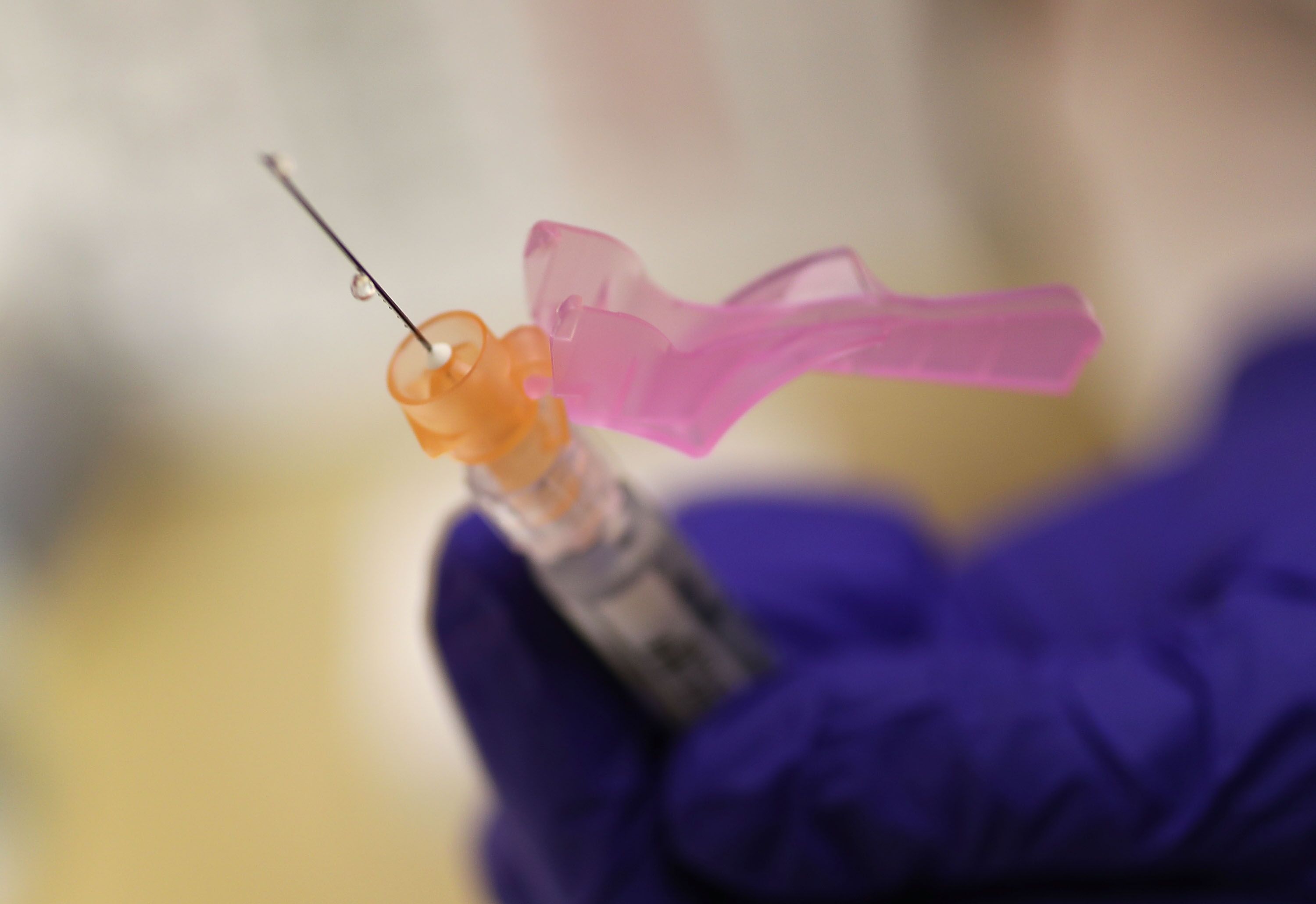 Experts close to the heart of the controversy say religious liberty is being used as a cover to justify the decision not to vaccinate children.

“This is absolutely not a religious issue,” said Blima Marcus, an oncology nurse and president of the Orthodox Jewish Nurses Association, who has been at the forefront of combating anti-vaccination information within ultra-Orthodox communities. “Even many anti-vaxxers will acknowledge that the ‘religious liberties’ argument is being taken advantage of,” she said. “In reality, it is a complete fraud.”

She added that even the rabbinic “outliers” who do not endorse vaccines do not claim vaccination is contrary to Jewish law.

Legislators echoed the sentiment that First Amendment concerns are being used as a cover by parents who do not wish to vaccinate for personal or philosophical reasons.

“We don’t allow someone to yell ‘fire’ in a crowded room, even though the First Amendment guarantees freedom of speech,” said Dinowitz, the sponsor of the bill in the Assembly. “Protecting and saving lives is the overriding concern,” adding that he had yet to hear a legitimate religious objection to vaccination.

Meanwhile, Rabbi David Zwiebel, executive vice-president of Agudath Israel of America, the largest ultra-Orthodox umbrella group, said the yeshiva preschool’s forced closing is “unprecedented.” (This was, in fact, supported by the New York City Department of Health, with a spokesman saying that there are no records of the department closing schools due to vaccination issues.)

Rabbi Zwiebel said the “overwhelming sentiment” in the charedi community is that parents should vaccinate their children. “The feeling towards those who don’t vaccinate is, ‘What’s with you guys?!’”

But the pressure public officials are placing on parents to vaccinate leaves him uncomfortable, he said. “It conjures up a terrible time in our people’s history where there would be forced medical procedures done on people,” he said.

Still, he described the decision to forcibly close a yeshiva as “draconian” and said legislation to end religious exemptions for vaccinations flies in the face of the ultra-Orthodox community’s priorities.

“The more general sense … is of course we want religious exemptions. We rely on religious exemptions for so many of the things we do,” said Rabbi Zwiebel. He acknowledged that there is no contradiction between Jewish law and vaccination; to the contrary, the majority opinion among rabbis would be that vaccination is an imperative, he said.

“It’s not going to get people to vaccinate. It’s just going to give more fuel to the anti-vaxxers’ [narrative], and it’s going to infringe upon religious liberty in general, which is not a good thing,” he said. “What they really need to do is put more money into educating people … [presenting a] basic counternarrative to what anti-vaxxers are putting out. There is just not enough culture friendly material.” 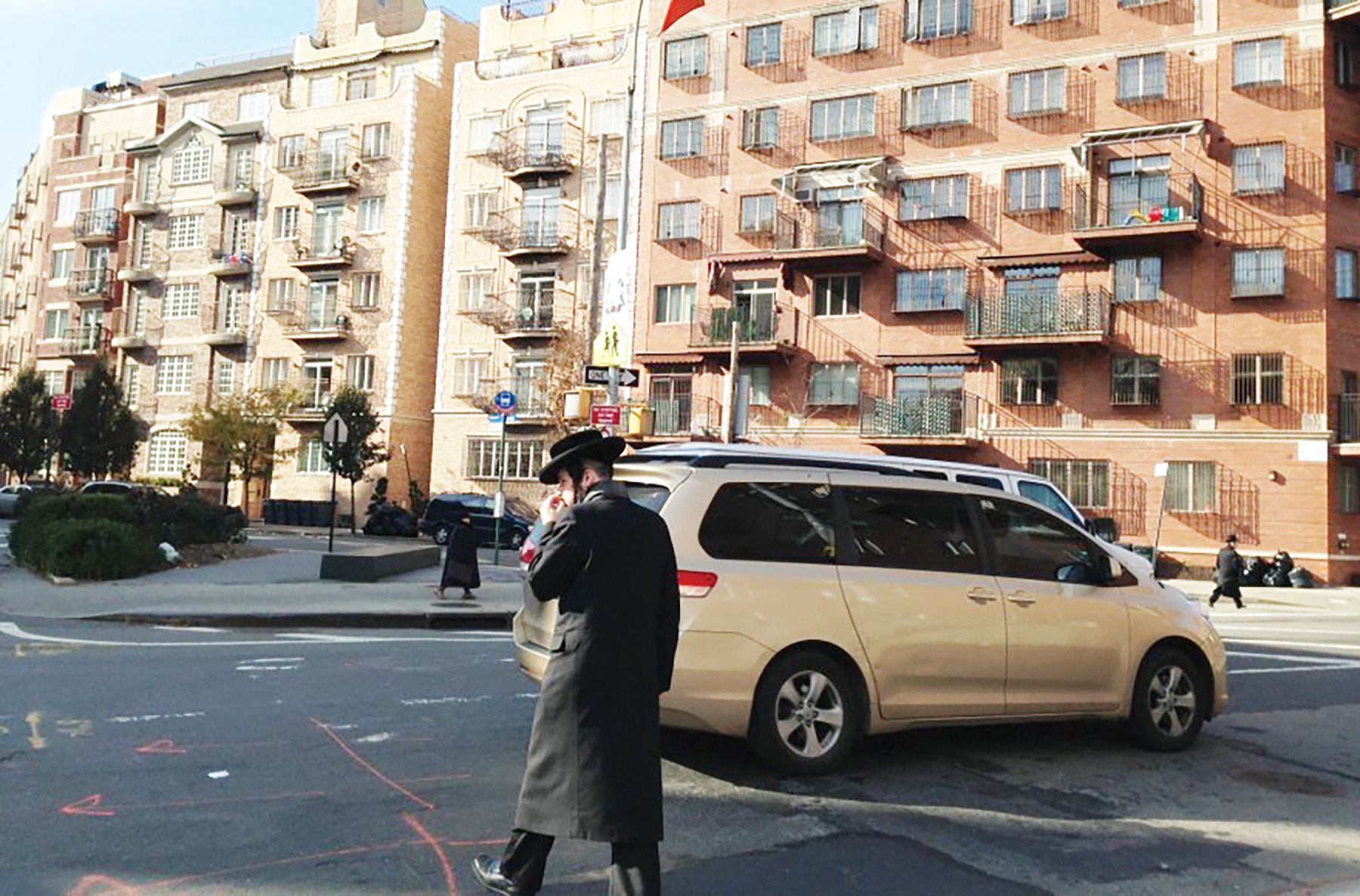 On a hopeful note, the city recently secured permission to reprint a “beautiful” 52-page booklet, produced in the Rockland County chasidic enclave of Kiryas Joel, that was produced in part by a member of the chasidic community. This is a start, Rapaport said, but he believes the city needs to put more funding into distributing the booklet, perhaps mailing it to every household in the affected zip codes.

“Let me give you the example of pre-K,” he said. When he wanted to fill several thousand seats in the program’s first year of expansion, the mayor went all-out, with ads in the subways and playgrounds and, later, representatives in playgrounds making sure parents knew about the program. For pre-K, “He had all the money in the world of marketing, right?”

Legislators responded to the criticism by emphasizing that “mandatory” vaccination is not the issue at hand; rather, by shoring up legislation, school options for those who make this choice will become increasingly limited. “Protecting and saving lives is the overriding concern here,” said Dinowitz, who said fears about “forced” medical procedures strawman the issue and heighten alarmist views.

In certain Modern Orthodox communities, the issue seems more clear-cut: If you don’t vaccinate, you’re not welcome in our institutions. In advance of the Passover holiday, a prominent Modern Orthodox synagogue in New Jersey, Congregation Rinat Yisrael in Teaneck, sent out a community-wide email this week disinviting any members who choose not to vaccinate.

“It is an absolute obligation to vaccinate everyone who is medically able to receive a vaccination. Please make sure that you, your family, and during this Yom Tov period your guests, are fully compliant with this directive,” the email reads, noting the health risk of unvaccinated persons to elderly, sick or immuno-compromised synagogue-goers.