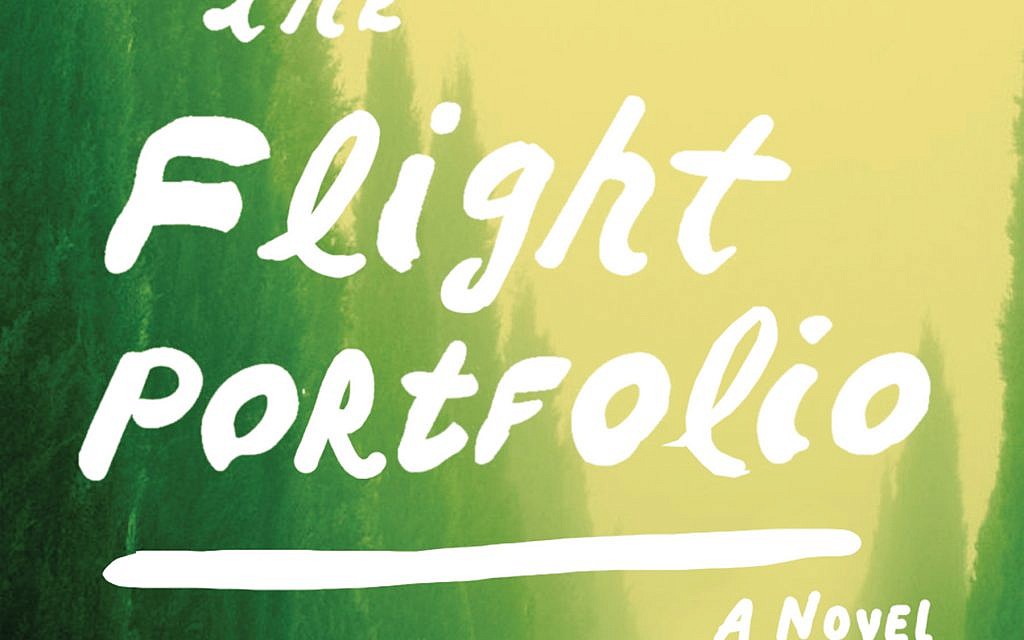 Varian Fry was called to something higher. A Harvard-educated American journalist, he traveled to Vichy France in September 1940 as a representative of the newly-formed Emergency Rescue Committee, with the idea of staying for a month and helping a list of about 200 prominent artists, writers and intellectuals escape to safety in America. He had no experience, few resources and an enormous task with looming deadlines; he risked his own life and stayed in Marseilles for 13 months until he was expelled by the Vichy police. In that time, he managed to rescue more than 2000 “clients” through legal and not-quite-legal means.

Fry died in Connecticut in 1967, and was posthumously recognized by Yad Vashem as “Righteous Among the Nations” — he was the first American to receive this honor. Among the people he saved are Marc Chagall, Max Ernst, Hannah Arendt, Andre Breton and Franz Werfel.

In an extraordinary historical novel 10 years in the making, Julie Orringer brings Fry and his heroic enterprise alive, portraying the Committee’s clandestine activities, capturing the political tensions of the times and also the culture and texture of Marseille in 1940. In presenting Fry as a complex character in “The Flight Portfolio” (Knopf), she mixes fact and her own invention, filling in hidden aspects of his life that she gleaned from her deep historical research that were not recorded in his own autobiography and other chronicles of his life.

“I imagined what might have happened in the interstices between the events Fry describes,” she says. 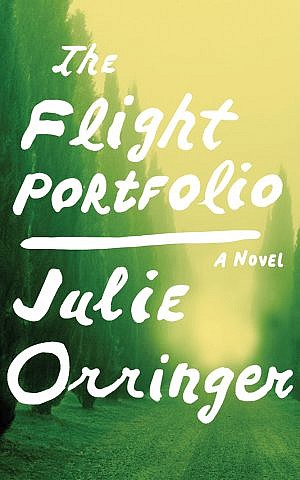 I meet Orringer in her home on a leafy Brooklyn street, on what is, coincidentally, World Refugee Day, sponsored by the International Rescue Committee (which grew out of the Emergency Rescue Committee). She pulls out a Fall 1928 issue of The Hound and Horn, a Harvard literary magazine founded by Fry and his classmate Lincoln Kirstein, who later co-founded the New York City Ballet, and a sheaf of documents she copied from his 27-box archive at Columbia University, including letters and telegrams.

When I comment that she truly captures Fry’s voice, she replies, “The voice is there to be captured. I sat in the archives and imbibed that voice. I wanted to feel what it would be like to be inside this human being.”

Orringer continued: “He managed to do that thing that I think is so difficult of all of us, when we’re facing a kind of world-scale injustice, not just to envision our own role in fighting injustice, but to step in and take possession of it. It’s one thing to sit behind your desk and say I’m going to donate some money to this cause, but [it’s another] to say I’m your man, I am going to France, I am going to put my life on the line.” 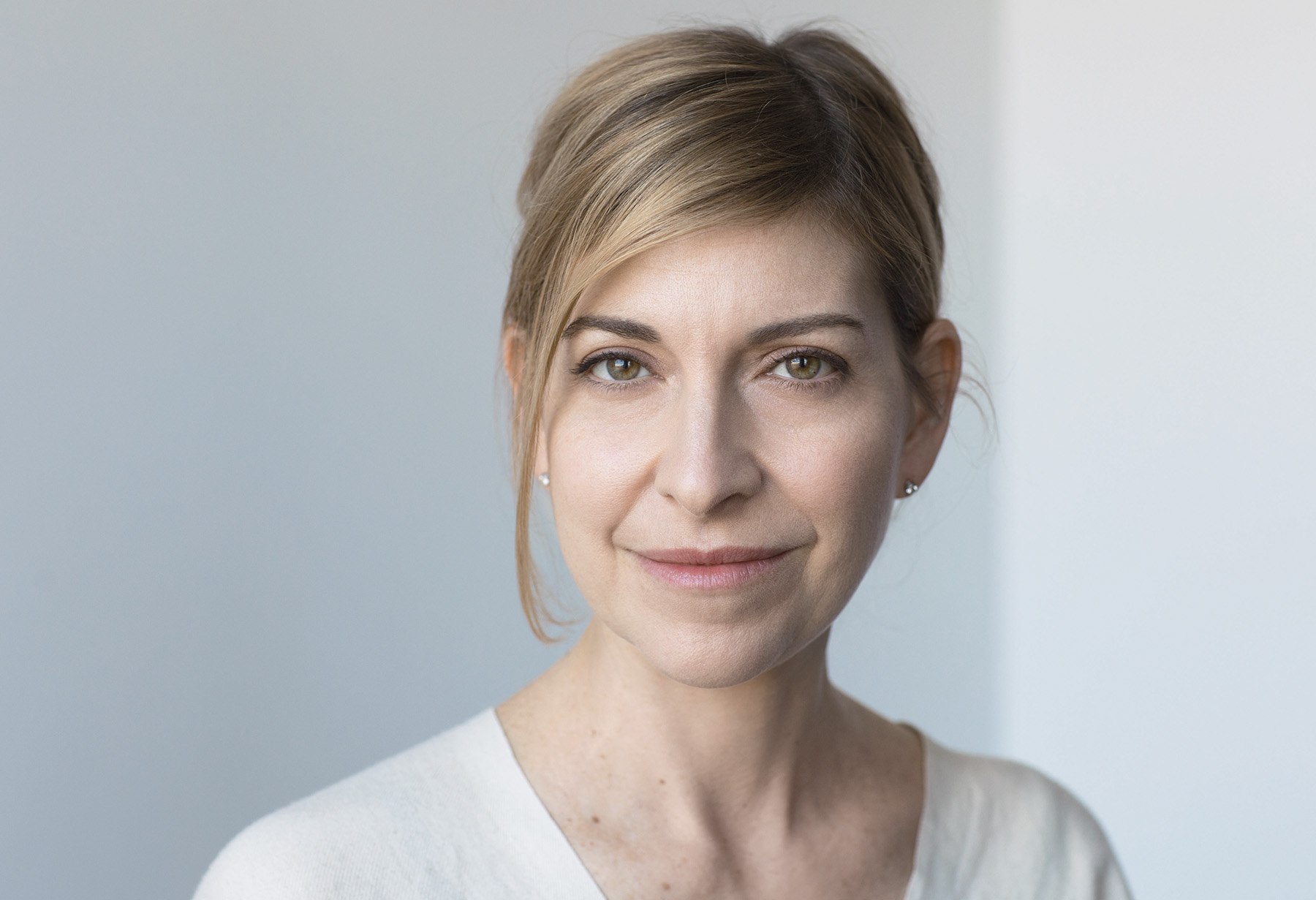 Fry’s “history and identity” might have sensitized him “to the plight of others who were imperiled,” Orringer says. Brigitte Lacombe

Orringer first became aware of Fry while working on her first novel, “The Invisible Bridge.” Initially she thought to incorporate his story in that book, but realized it was a novel of its own.

Reading his autobiography, she heard something that wasn’t being brought to the surface. She says, “Anyone curious about human psychology and human nature would have sensed that there was a more complicated personality behind the telling.”

Later, in reading biographies and works by his associates and friends, like Kirstein, and about his friendship with Stefane Hessel in Marseille, a French Resistance fighter who went on to become a diplomat, she began to sense that Fry, who was married when he came to Marseille, may have been gay — “hiding a history and identity that would have complicated his life and might have made him more sensitive to the plight of others who were imperiled.”

The novel follows Fry in his day-to-day efforts, traveling to meet with figures like Chagall who are at first reluctant to leave, certain that they are protected by their reputations, and then in his office, where refugees line up early in the morning trying to meet him; some just enter his bedroom unannounced.

There’s a cloak-and-dagger element here, with forgeries, bribes, messages stuffed into tubes of toothpaste and many near escapes from the Vichy police, as well as interventions from the real-life figure of Hiram “Harry” Bingham, a vice-consul sympathetic to Fry, to secure false passports. He tells Fry, “Don’t give it up for a second. Every day you’re here, you’re saving lives.”

Among Fry and his colleagues, there are also moments of lightness, with humor, playfulness, parties and exhibitions. Orringer introduces the invented character of Elliot Grant, an old friend from Harvard who appears in Marseilles, with his own request for Fry; their reconnection reveals other aspects of hiddenness.

There’s lots of waiting and hiding (sometimes in plain sight). Orringer writes, “To be in Marseille, not Paris, still carried a certain novelty, a whiff of the unknown. If Paris reeked of sex, opera, art and decadent poverty, Marseille reeked of underground crime opportunism, trafficked cocaine, rowdy tavern song. Paris was woman, a fallen woman in the arms of her Nazi captors; but Marseilles was a man, a schemer in a secondhand coat, ready to sell his soul or whatever else came quickly to hand.”

If you save one soul, it is as though you have saved the world, according to the Talmud. But to save one soul can mean not saving another. Fry came to struggle with this, and with the morality of his group’s intention of saving artistic souls. He came to see that his true job was to save as many people as possible, as fast as possible.

To those reviewers who question or critique her writing about an aspect of himself that he didn’t address in his own memoir, Orringer says, “The answer is that hiding was the only option at the time. But the novel has the ability to look under the surface, to recapture and imagine, in a way that respects the actual history, and those stories that couldn’t have been told.”

In a front-page review of the book in The New York Times Book Review, the distinguished novelist Cynthia Ozick praised the book but said there is “no evidence of homosexuality.” In a letter to the editor, Fry’s son James Fry disputed Ozick, saying that his father was “indeed a closeted homosexual.”

Orringer explains that by the time she wrote the book, there were different ways of thinking and writing about variations in sexuality.

“It was time to be more honest and perhaps more sensitive about what his sexuality might have meant to him, what it was like to be away from his marriage; that caused a re-evaluation of some of the choices he made in his life.”

She says that when she began writing the novel, it was “impossible to imagine that in 2019, we would be in a position of crisis at our border for so many refugees fleeing violence, and that others in residence here would have trouble reentering the country, despite doing invaluable work here.”

Her first novel, “The Invisible Bridge,” was inspired by the story of her own grandfather, a Hungarian Jewish refugee. He didn’t live to see that book published, but she continues to hear his voice, reminding her why “it’s so important to tell these stories, why it’s essential for writers to illuminate lives that they themselves have not lived.”

“I hope that people will understand Varian Fry in a deeper way, will become in awe of him,” she says. “I hope people who never heard of him will go beyond reading biographies and look into the work of the IRC and see how they can help.” Orringer is donating a portion of the proceeds from “The Flight Portfolio” to the IRC and will continue to do so in perpetuity.