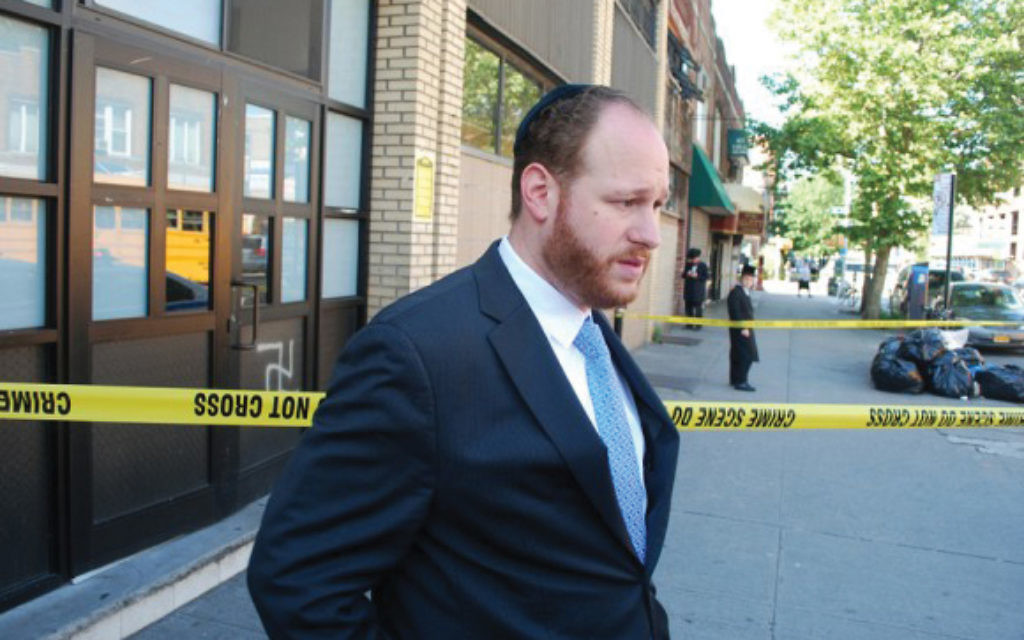 Citing freedom of religion, Councilman David Greenfield has introduced legislation prohibiting the Department of Health and Mental Hygiene and the Board of Health from taking any formal action against the controversial practice of metzitzah b’peh.

The legislation, introduced at the Sept. 12 City Council meeting, has since been referred to committee for hearings. It addresses the Board of Health’s requirement last year that mohels obtain written consent from parents before performing the oral suction practice, which has been linked to dangerous infection and two deaths.

“This is one of the most outrageous examples of government intruding into the ability of residents to freely practice their religion without restrictions based on questionable findings,” said Greenfield, a Democrat, in his remarks, which were forwarded to the press.

Greenfield, an Orthodox Jew, represents parts of Borough Park and Flatbush in Brooklyn.

“I continue to be outraged that the city took this incredibly misguided step last year, and will fight until the board reverses its decision or this bill becomes law. It is imperative that every citizen, regardless of their particular religion, be able to practice and worship without the fear of being restricted or targeted by their own government.”

Samantha Levine, deputy press secretary to Mayor Michael Bloomberg, told The Jewish Week in an e-mailed response Tuesday that the city was acting to save lives.

“Health Department investigations of newborns with herpes virus between 2000-2013 have shown that 13 infants contracted the herpes virus when mohelim, or ritual circumcisers, placed their mouths directly on the child’s circumcision wound to draw blood away from the circumcision cut,” Levine said.

“Two of these babies died. The city’s highest obligation is to protect its children, and it is critical for parents to know the risks associated with the practice.”

A City Council source said the bill was unlikely to come up for a vote before the end of the year, as the Health Committee is dealing with a proposal to raise the legal age of cigarette purchasers from 19 to 21. After January, the Council will have many new members, a new speaker and likely new committee chairs.

The consent requirement has become a citywide political issue, with most candidates for mayor this year decrying the Bloomberg administration’s handling of the matter and the Board of Health vote regarding the rite that many doctors claim is medically unsafe.

In the general election, the two candidates agree in principle that the consent requirement is wrong but differ on how it should be addressed.

“I’ll keep the form in place until we have a better approach,” Democratic mayoral candidate Bill de Blasio, the city’s public advocate, recently said about the issue, referring to the consent forms parents of infants must sign. “I want to work with community leaders on something we can all agree upon, that will help protect the safety of our children. I think we can do better.”

Chasidic backers have urged de Blasio, if elected, to immediately revoke the consent decree, which is the object of a federal lawsuit by a group of Orthodox organizations and mohelim who argue that it infinges freedom of religion.

Joseph Lhota, the Republican mayoral candidate, spoke to The Jewish Week about the subject earlier this summer.

“In no way, shape or form should the government get involved as long as they tell the parents what the risks are,” he said, explaining that his views have evolved, and that as mayor he would attempt to repeal the consent form by bringing the issue back to the Board of Health.

Chaim David Zwiebel, executive vice president of Agudath Israel of America, which is a party to the lawsuit against the city, said he had spoken to Greenfield about the issue recently but was not consulted about the bill.

Zwiebel, an attorney and expert on matters of religion and law, said the language of the bill appears to be designed not to eliminate the consent requirement but to prevent enforcement.

Zwiebel, an attorney and expert on matters of religion and law, added “the most troublesome thing about the city regulation is that it’s the first time ever in the history of this country that bris mila [ritual circumcision] has been regulated in any shape or fashion.”

Asked how the bill, if passed, would affect the lawsuit, Zwiebel said “that hasn’t been discussed internally, but I don’t know if this bill is passing in the foreseeable future. If it does happen, it will have a major impact on our decision-making as we move forward. It could be that there will be no more lawsuit, because the judges themselves may decide it.”