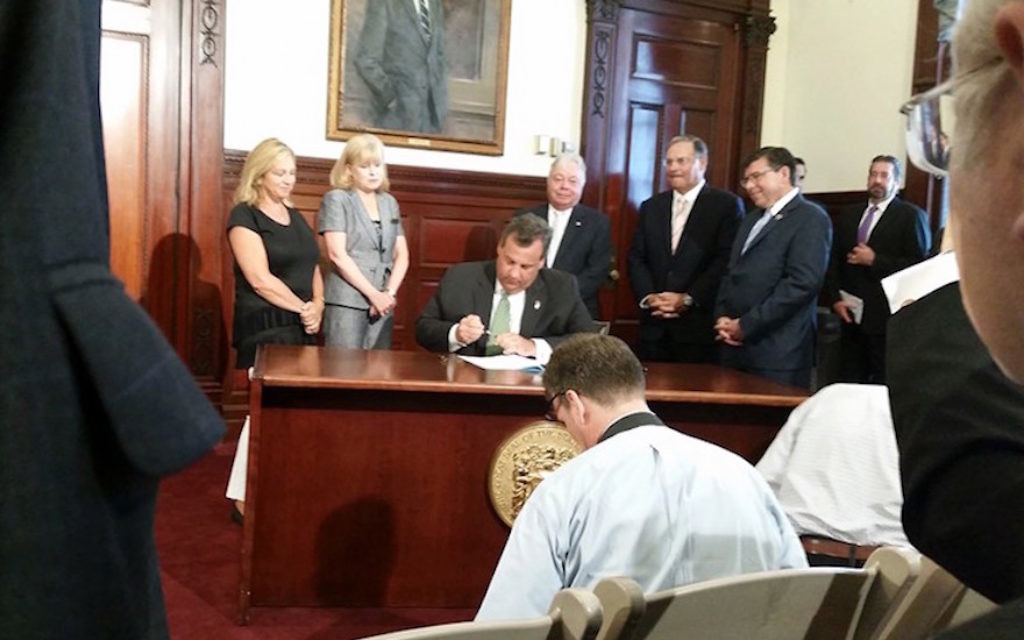 The measure, which was signed Tuesday, was passed in the state’s General Assembly in June by a vote of 69-3 with two abstentions. It had passed the state Senate unanimously in May.

The state’s pension fund controls more than $80 billion in assets, according to The Associated Press, and provides coverage for about 800,000 current and retired public employees. Israel and New Jersey annually trade more than $1.3 billion in goods, according to the legislation.

At least 12 states have passed anti-BDS legislation, and 21 have taken up such measures. In June, New York Gov. Andrew Cuomo signed an executive order requiring state agencies to divest themselves of companies and organizations aligned with the BDS movement, which advocates boycotts, divestment and sanctions against Israel.

In a statement Tuesday, Christie encouraged other states to pass anti-BDS legislation, and compared the law to recent New Jersey efforts to divest from companies tied to Iran and Sudan. On Monday, he was one of 16 governors who signed the American Jewish Committee’s “Governors Against BDS” pledge.

“Standing with Israel, for peace and democracy, requires more than just pledging military defense and support,” Christie’s statement said. “It is in all of our best interests to invest in and partner with Israel, while opposing any attempt to wipe out Israel, economically or otherwise.”