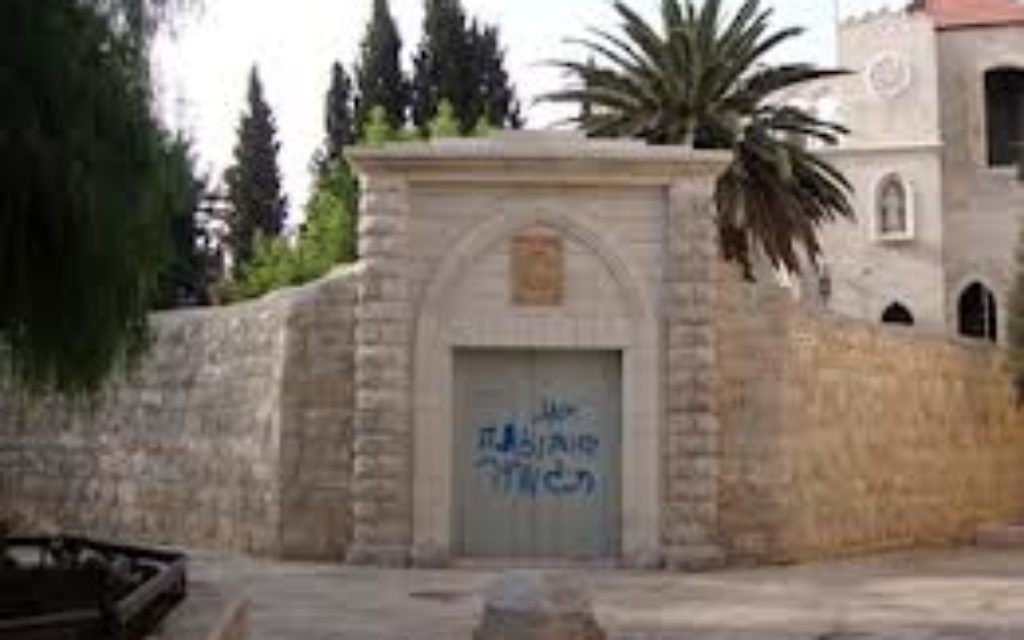 Unknown vandals spray painted anti-Christian graffiti on the walls of a Franciscan monastery in Jerusalem.

The graffiti on the walls of the monastery, located on Mount Zion, read "Jesus is a son of a bitch" and "price tag." It was discovered early Tuesday morning.

Jerusalem Police reportedly have opened an investigation, and say the attack has "nationalistic motives."

"Price tag" refers to the strategy that extremists have adopted to exact a price in attacks on Palestinians and Arabs in retribution for settlement freezes and demolitions, or for Palestinian attacks on Jews.

Early last month the door of a Christian Monastery in Latrun near Jerusalem was set on fire and the names of West Bank outposts were spray-painted on its walls, as was the epithet "Jesus is a monkey." The attack was condemned by Jewish and other religious leaders and heads of state around the world.