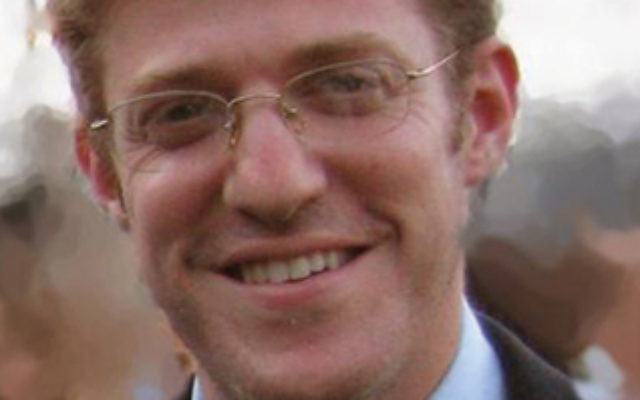 Dr. Barry Schwartz, a psychologist, delivered a Ted Talk on what he called the “explosion of choices” we now have: In his local supermarket there are seemingly endless varieties of cookies, soups, cereals and toothpastes. When it comes to health care, patients are offered “options” from which they could choose. Technology allows us to work every minute from anywhere, so when we’re not “at work” it’s our choice whether we should be.

As Jews living in America we are also afforded many choices, but it wasn’t always that way. In the Middle Ages, Jews in Christian Europe were excluded from most professions and by the 13th-century money lending was almost the only legal means for a Jew to earn a living. Forced to live behind ghetto walls, Jews were subject to pogroms. This life of “no-choices” prevailed until the Emancipation in the late 18th century when for the first time Jews were finally allowed to live amongst their gentile neighbors, permitted to enter the guilds and crafts from which they had been excluded. They started having choices.

But along with those new choices came an exposure to a lifestyle not always consistent with Jewish tradition. Jews, excited about their new acceptance and impressed by the ideology that fueled the Emancipation, began abandoning their religious roots.

Thus, on the one hand, Emancipation was a blessing. It brought down the ghetto walls. It also began what we know today as assimilation.

Does it have to be this way? Is secluding ourselves the only way to remain true to our Torah way of life? Was Judaism intended only to be observed behind ghetto walls?

Parshat Naso sheds some light on this critical question. Naso introduces us to the personality of the Nazir; the individual who temporarily takes upon himself extra stringencies beyond the Torah’s laws: to abstain from drinking wine, cutting his hair and coming into contact with the dead.

The parsha tells us that when the Nazir completed his term of Nezirut, he must offer certain sacrifices and rituals and only “afterwards the Nazir may drink wine” [Numbers 6:20].

Why is the Torah still referring to this person as a Nazir? At this point his days of being a Nazir have concluded, so why still use this term?

Rabbi Avraham Bornstein, the Sukachover Rebbe, suggests this is because the true goal of the Nazir is only achieved after the period of Nezirut is concluded. The ultimate purpose of the Nazir’s abstentions was not to spiritually elevate himself only during the days of Nezirut, but to retain that heightened spirituality after it was over. As long as the Nazir continues to be a refined person, the Torah still calls him a Nazir.

The Nazir’s restrictions may have originally distanced him from society (so he could better contend with a personality flaw) but ultimately the restrictions were observed so he could live a more elevated life within society.

This is our challenge today: Can we stay true to a life of Torah and still live in the world? History might suggest we cannot, since it was only behind ghetto walls that the majority of Jews remained religiously committed.

However a significant and growing segment of the Jewish community today is successfully meeting this challenge, balancing a life that engages the broader world while maintaining a commitment to Torah. For many, Joseph Lieberman’s combining the life of a senator, vice presidential candidate and an observant Jew, confirmed this balance could be realized in our time. The reminder comes from seeing young people excelling in their careers, fully engaged in New York City life while staying committed to Shabbat and other aspects of Judaism.

For two years I had the privilege to study with a student, an accomplished writer and producer in the film industry, who would rise at 5:30 each morning to pray with a minyan and get in an hour of Torah study before he showed up on-set. He is able to balance this lifestyle, in part, because he is firmly rooted in a community that supports this balance. In a world of so many choices we all need a support network to help us navigate our professional and spiritual lives.

There are no longer any walls separating us from the rest of the world. We can go wherever we like and do whatever we want. Will our Judaism be sacrificed as a result? The choice is ours.

Rabbi Mark Wildes is founder and director of the Manhattan Jewish Experience.