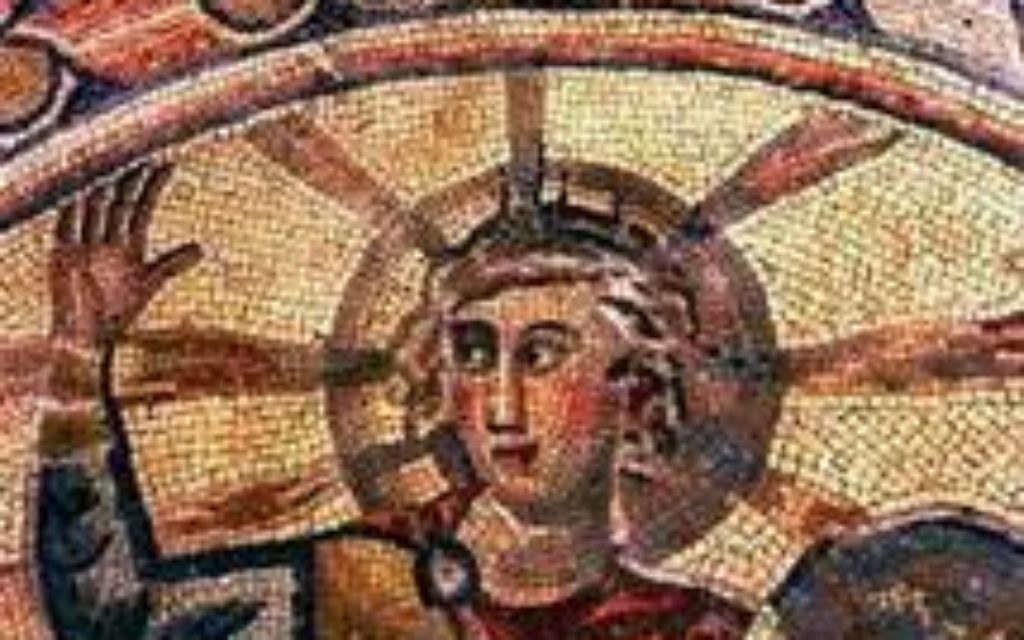 Last week, we learned that Jewish extremists vandalized – and in parts destroyed – a 1,600-year-old mosaic in Israel’s Hamat Tiberias Synagogue.

“The damage is widespread … Some of the damage is irreversible,” said Shaul Goldstein, executive director of the Nature and Parks Authority, quoted in the Times of Israel.

Officials did not hesitate to attribute the attack to ultra-Orthodox radicals who believe archaeological work damages ancient graves.

According to Haaretz: the vandals left graffiti reading, “A site for every grave [desecrated],” and “For Shuka,” probably referring to Shuka Dorfman, the head of the Antiquities Authority. They also tore up the floor. In the past two months, several other archaeological sites have been damaged. Civil servants doing antiquities work have been threatened.

I was fortunate to see this mosaic, and it left a deep impression on me. What struck me the most was the juxtaposition of recognizably Jewish symbols, like menorahs and shofars, with others that would seem foreign today: signs of the zodiac, and human figures adorned with halo-like decorations that evoke the Christian art of the time. To think that I was connected to this rich, cosmopolitan and ancient heritage was intensely inspiring.

When I found out about the vandalism, I almost cried. Such acts baffle me so much – they must emerge from such a totally foreign worldview – that it’s distressing, and exacerbates my growing sense of alienation from Israel. These Israelis aren’t Klal Yisrael, but they taint it, and their numbers and power are growing.

I know it’s my responsibility to at least try to reach out, to understand and not rush to judgment. But incidents like this make it very hard to try.