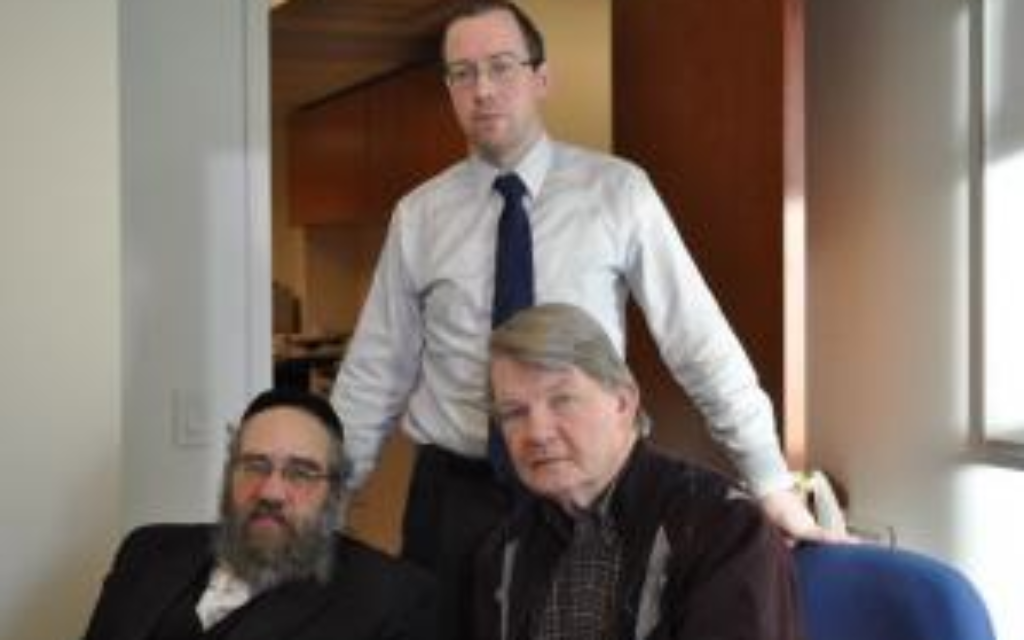 Prosecutors in the Brooklyn District Attorney’s office were set to dismiss the case against chasidic abuse whistleblower Sam Kellner this week for lack of evidence, but were overruled by their supervisor and then reassigned, The Jewish Week has learned.

Last Wednesday, one day after Brooklyn District Attorney Charles Hynes suffered a crushing defeat by Ken Thompson in his bid for re-election, Assistant District Attorney Joe Alexis informed Kellner’s lawyers, Michael Dowd and Niall MacGiollabhui, by phone that the case against their client would be dismissed at the next scheduled court date, Nov. 12.

On Friday, however, MacGiollabhui told The Jewish Week that he received a call from Alexis, bureau chief of the Rackets Division and a 22-year veteran of the office, informing him that he and the other trial prosecutor, Nicholas Batsidis (who had indicted the case), had been overruled and then transferred out of the Rackets Division by its chief, Michael Vecchione.

Vecchione, one of Hynes’ top aides, has been under scrutiny for alleged misconduct during his tenure as a prosecutor; his alleged actions form the basis of a $150 million lawsuit against the city by a wrongfully convicted man named Jabbar Collins. During the campaign, Thompson called on Hynes to fire Vecchione and in September, after Thompson’s primary victory, the Daily News reported that he intended to fire Vecchione when he takes office.

“We had been dealing with two very professional, career prosecutors,” Dowd told The Jewish Week on Sunday. “And then to find out that they are being punished for their exercise of judgment and conscience, it makes you sick. How can you have faith in the system when the system is obviously being corrupted by Michael Vecchione?”

An e-mail sent on Saturday to Hynes’ spokeswoman, Mia Goldberg, seeking comment about the situation and Hynes’ role in it, was not answered; it was one of numerous e-mails to Hynes’ office from The Jewish Week about this case to go unanswered since early July. However, the New York Post reported on Monday that the reassignment order was made by Hynes’ top aide, Amy Feinstein (Hynes is reportedly vacationing with his wife in Bermuda). Hynes spokesman Jerry Schmetterer also told the Post that “Vecchione believes there’s a case here and that it shouldn’t be dismissed.”

Sam Kellner is charged with paying a witness to fabricate abuse allegations against Baruch Lebovits, as well as sending emissaries to attempt to extort money from the Lebovits family. Lebovits, a cantor and travel agent from a well-connected chasidic family, was convicted of sexual abuse and sentenced to 10 to 32 years in prison in 2010.

In 2011, Kellner, whose son is an alleged victim of Lebovits and who had brought other alleged Lebovits victims to police, was arrested on evidence brought to the DA by members of the Lebovits family and their supporters.

Some observers of the two cases have long expressed the belief that the Kellner arrest was orchestrated in an attempt to undermine Lebovits’ conviction. Indeed, that conviction was reversed in 2012 because of a prosecution violation and a new trial was ordered. The next court date in the Lebovits case is Nov. 19.

The case against Kellner — the myriad weaknesses of which have been highlighted in a series of Jewish Week articles over the past year — began to implode in late June; at that time, the core witness against him, in interviews with prosecutors on the eve of Kellner’s scheduled trial, contradicted his prior sworn statements and made comments consistent with information obtained by The Jewish Week that he may have been manipulated to falsely accuse Kellner by powerful Lebovits supporters.

Sources with knowledge of the case told The Jewish Week at the time that, given the witness’ lack of credibility, prosecutors determined they could not bring the case to trial, a decision that these sources claim was apparently supported by Hynes himself. However, the district attorney did not move to dismiss the case immediately, citing instead the need to further investigate the witness’s claims.

This led many, including Kellner’s attorneys, to speculate that Hynes did not want to draw attention to the botched prosecution until after the election, preferring to dispose of it quietly after Hynes had secured another term in office. Despite this, several weeks later Hynes appeared on a radio show claiming that the case against Kellner was “substantial” and his spokesman, Jerry Schmetterer, told members of the press it would go trial.

In late July, Kellner’s attorneys submitted a motion to the court to dismiss the case in the interests of justice. However, when Hynes lost the primary election to Thompson in September, the defense informed the court that it was withdrawing the motion to give the prosecution — which had yet to respond to it — an opportunity to “consider its position in the matter.” The result of that consideration appeared to have been delivered last Wednesday.

Dowd and others speculate that Vecchione’s decision to overrule the trial prosecutors may be related to the pending Lebovits case, which sources close to that case believe will be disposed of with a plea deal involving little or no jail time. Such a deal, some observers say, would be harder to justify if Kellner’s case were to be dismissed in advance of it.

“From the beginning, we have believed that the prosecution of Sam Kellner was a product of a corrupt deal with Lebovits and his people and one of its purposes was to silence people in the chasidic community concerning complaints about sexual abuse by Lebovits and others,” Dowd told The Jewish Week. “And it seems like this deal is being continued by Vecchione, even as Joe Hynes is vacationing somewhere offshore. It’s a sad and shameful end to the career of Joe Hynes.”

Its implications for the Lebovits and Kellner cases aside, the apparent overruling and demotion of the Kellner prosecutors is drawing shocked reactions from other lawyers.

“The Kellner case has languished for almost three years,” former Manhattan prosecutor and defense attorney Mark Bederow told The Jewish Week. “Now, on the eve of their exit from power, the outgoing administration apparently has decided not only to overrule those who believe the prosecution has no merit, but they also have apparently demoted them because of divergent views on the case.

“Such conduct, weeks before the DA’s Office welcomes new leadership for the first time in almost a quarter-century,” Bederow continued, “suggests that there exists a high level of dysfunction in the DA’s office.”

“If this is true, it’s an ugly coda to Mr. Vecchione’s bizarre tenure as DA Hynes’ chief assistant. It reveals not only Hynes’ apparent cluelessness about the conduct of his office, but also the way Hynes permitted and tolerated Vecchione’s flagrant abuse of power, which helped destroy not simply the reputation of the office but the lives of many innocent persons.”