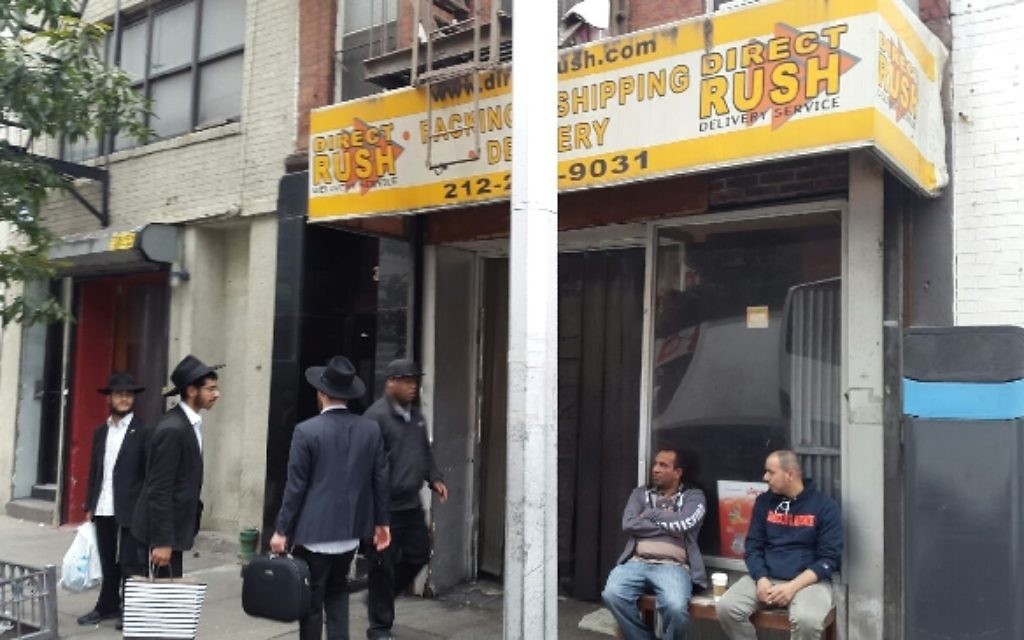 Police have arrested a man on charges of attempted murder for throwing a Molotov cocktail at a Midtown street corner where two chasidic students were standing.

Fifty-three year-old Thomas Miles of Jamacia Hills, Queens, was charged with throwing a glass bottle filled with alcohol and topped with a burning rag at three men standing at the corner of Ninth Avenue and West 37th Street on Oct. 9.

Two of the men were 20-year-old Israeli students, studying at a Lubavitch yeshiva in Crown Heights. The third man was a 44-year-old businessman.

The students were encouraging bypassing Jewish men to put on tefillin just after 1:30 p.m. on that Friday afternoon, when, witnesses told police, a man who “appeared to be intoxicated” and white, yelled “I want to kill you,” before throwing the bottle “in the general vicinity” of the students, an NYPD spokesman said.

In a security camera video released by police, Miles is shown walking down the street, swaying as though drunk, and carefully holding a small brown paper bag.

The bottle hit a parked bicycle and burst into flames, according to Barry Sugar, president of the Crown Heights-based Jewish Leadership Council, an independent organization that monitors anti-Semitic attacks in the area.

After the bottle exploded, severely damaging the bike, two men came out of a nearby shop and poured a bucket of water on the fire. They then removed the bike and swept up the debris before police arrived, Sugar said in a statement.

Although police originally investigated the attack as a “possible hate crime,” they have since determined that the suspect wasn’t aiming at the students but rather at someone else on the corner.