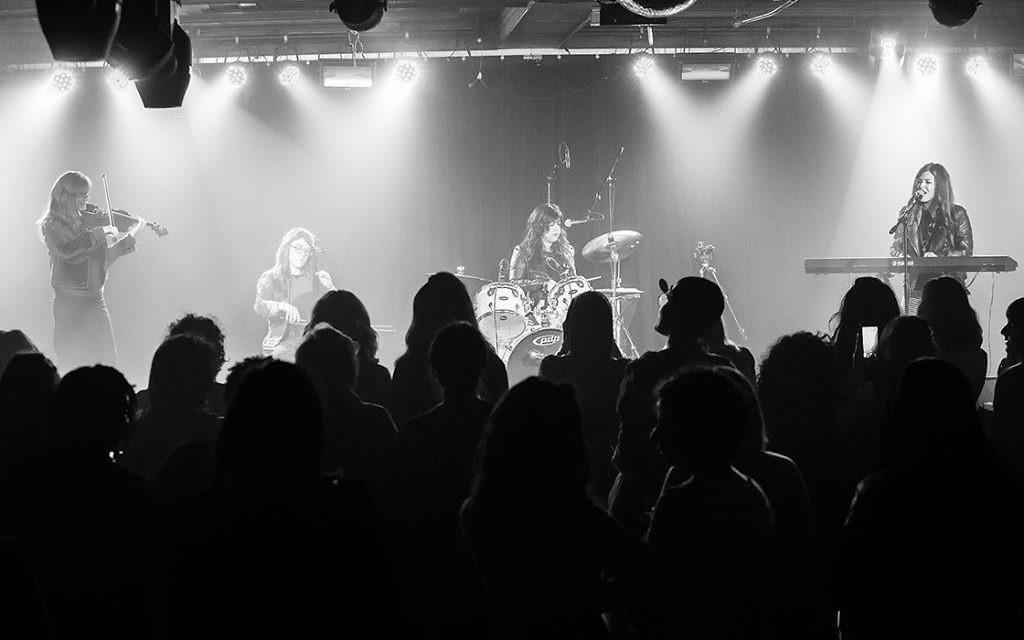 The Rolling Stones, U2, Kiss, Madonna, Sting — and now the Bulletproof Stockings.

On Sunday, the chasidic rock group fronted by keyboardist/singer Perl Wolfe and drummer Dalia Shusterman added its name to the list of rock legends who have played Webster Hall, the prestigious club in the East Village.

For the all-girl band, it was a night of firsts. It was the kick-off stop on a national tour marking their first full-length album, “Homeland-Call-Stomp.” It was their first time selling the debut album, which was made possible by the band’s $37,000 Kickstarter campaign. And it was the first night of Chanukah.

As two disco balls rotated overhead and a smoke machine filled the room with a gauzy fog, the band — augmented by violinist Dana Pestun and cellist Elisheva Maister — belted out its latest hits as the all-female audience let loose. (The frum band is prohibited by Jewish law from playing before male audiences.) The band members wore leather motorcycle jackets, well-worn Converse sneakers, knee-length skirts, and, of course, their trademark sheitel wigs.

“The Talking Sheitel Heads,” Wolfe joked from the stage, “that’s our new name.”

The band first made headlines in August 2014 when its all-girls show sold out Arlene’s Grocery on the Lower East Side, its first major venue.

The crowd, though all female, was diverse. Head coverings of all sorts, including scarfs, snoods and wigs, sprinkled the crowd, while many unaffiliated fans rocked out in jeans and nose-rings.

On the eve of the Webster Hall gig, Wolfe told The Jewish Week, “This is a dream come true.”