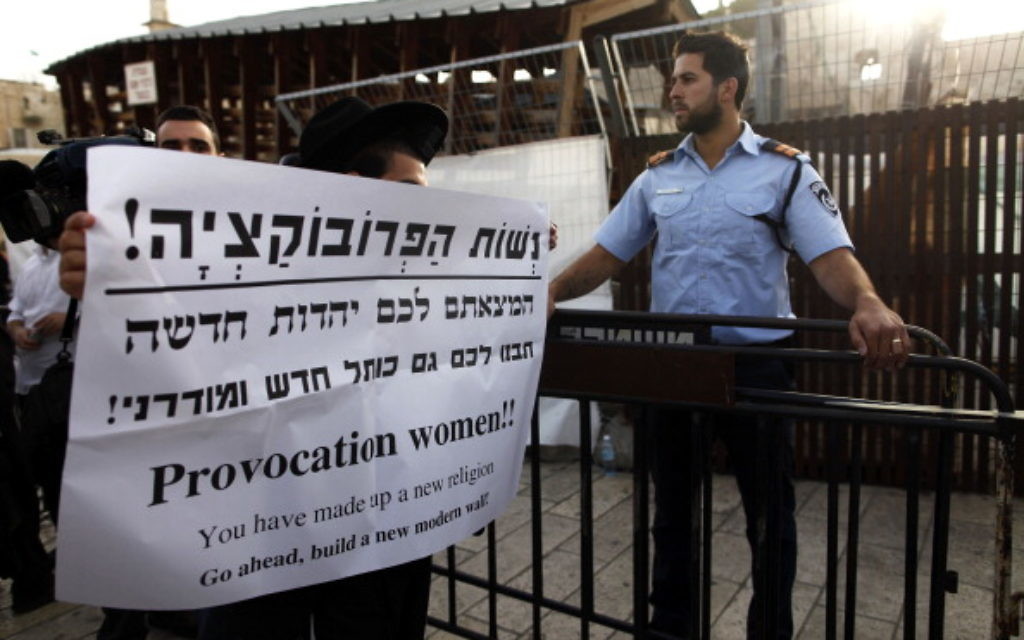 Not everyone celebrated last month’s intra-religious Western Wall compromise. A charedi man added fuel to the fire when he burned to a Reform prayer book used by Women of the Wall during their prayers Wednesday morning.

A multi-denominational feminist group, Women of the Wall gathers every Rosh Chodesh, the first of the Hebrew month, to conduct services where women read Torah and wear prayer shawls. Such activities were considered illegal under Israeli law until May 2013, when a judge ruled that the group had the right to pray there as they wished.

But they have continued to face opposition from members of the charedi community.

One such person named Itamar Gadassi was disturbed by the women’s singing during his morning prayers at the Western Wall on Wednesday.

“I asked them to stop, but they persisted,” Gadassi told the Israeli news site Bhadrei Haredim.

“By the end of the prayer I got hold of their impure, heretical siddur, and I started to leaf through it,” he said. “The siddur contained new Gods, like ‘the God of Sara, the God of Rivka, the God of Rachel.’ I was shocked and burned the siddur.”

This incident comes on the heels of a historic agreement to expand a permanent section of the Western Wall for Reform and Conservative prayer services, replacing the temporary platform ordered by former Religious Minister Naftali Bennett two years ago and disparagingly nicknamed “the sun deck” by Women of the Wall. The section is not expected to be ready for a few months.

When police began to remove Gadassi from the site, he argued that the Western Wall is for all Jews. They relented, allowing him to remain but keeping him under surveillance until he left the plaza.