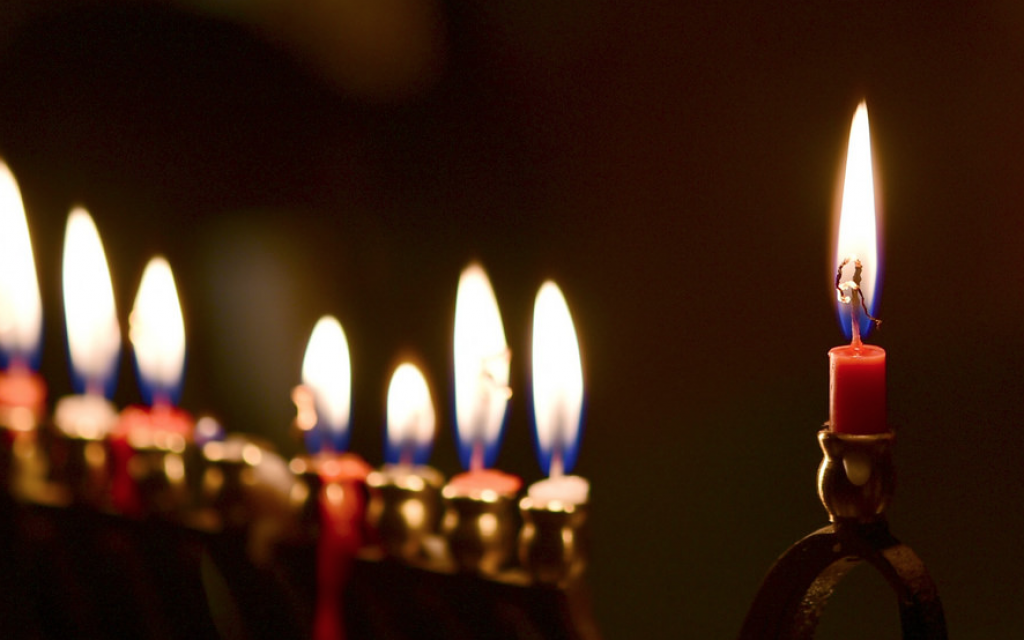 A Chanukah menorah lit on the eighth night. Flickr CC/slgckgc

My grandfather passed away last year on Chanukah – one month shy of his 90th birthday. He had been struggling for weeks and I was prepared, or as prepared as I could be. I had one last conversation with him and said goodbye – whatever that may mean. Still like my grandmother, the news of his death left me breathless and then left me empty. As I sat waiting for my flight back to the states, I read some thoughts on Chanukah to distract me from the emptiness. My grandfather was always up for a laugh and the last thing he would want was me sitting broken, staring out into space and letting the nothingness consume me. I came upon an article that resonated deeply and has stuck with me since.

The author of the article explores the concept of miracles – what constitutes such an event and how we assign meaning to it in our lives. He relies on the philosophies of Rav Soloveitchik to define the essence of a miracle. Rav Soloveitchik taught that, “it is not always necessary for an event to be miraculous in order to be great, and not every miraculous event is a great event.” A miracle doesn’t have to be supernatural or awe inspiring. A miracle simply needs to be seen. When you see something – peer down deep below the surface and recognize the significance of it, that you have no choice but to change because of it – than that event is a miracle. The author explains that the real miracle of Chanukah wasn’t the victory of the few over the many, the weak over the strong or even a days’ worth of oil lasting eight – the miracle was that the Jews saw it, they internalized it and were changed because of it.

As I read this, I thought about my own relationship with my grandfather. While not miraculous, it certainly was a gift that I know was unique. Some of my most vivid and happiest memories are with him and my grandmother. I had to acknowledge that gift – be thankful for the impact it had on my life and how I was changed because of it. I thought about how many people we meet in our lives, how many events we witness, how many experiences we amass. Were they all miracles? I thought that if the actual event of a miracle is somewhat inconsequential, then the awe inspiring or supernatural component must really be up to us – are we capable of seeing it, are we willing to see it. And conversely, how much are we missing?

I know before Amichai was born, I missed almost everything. When I was pregnant, I thought I got it – I mean there was a life growing inside of me, you would think it’s kind of hard to miss – but I did. Doctor appointments would come and go – everything was good, everything was standard. I didn’t see that everything being standard was actually a miracle. And I think most parents-to-be are like this. Technology and modern medicine have tricked us into believing that the creation of life is quite ordinary – even mundane. Millions of women are pregnant each year. No big deal. It was only after the fact, when I found myself in the NICU – watching Amichai fight, watching other babies fight – and sometimes lose – that I started to see, that I started to appreciate the complexity of it all, that I started to understand the miracle.

And I started to see even more when the doctors told me Amichai had suffered a stroke. Come again? They said this was not standard. Thanks. But the thing is, even as they kept saying the injury was significant, that he has CP, that most statistics point toward a life of disability, that it would be hard, that they could understand feelings of disappointment and even failure– the whole time the one constant thought in my head was – but he survived. The doctors themselves kept hounding on the fact that adults would not have survived such a dramatic injury; yet, here was my kid – alive, breathing on his own, kicking, eating, and gripping my fingers tightly – holding me up as much as I was holding him. The challenges ahead were scary, unknown, and daunting – so much so that in the days and weeks to follow I experienced anxieties I never knew existed – but in that moment – why couldn’t the obvious be seen? He survived. From that point forward, I simply refused to shut my eyes, and there was a clarity of vision within the darkness.

I would not wish any parent to go through the trauma which we experienced, but oddly I feel fortunate precisely because of it. The miracle in the trauma was that it forced me to take notice, it forced me to see that there is greatness in the mundane, and it forced me to see extraordinary effort in every day accomplishments. Amichai is hemiplegic which means that he has high muscle tone that runs down his right side. His most challenging aspect is the use of his right arm and hand. At three months, he started physical therapy. One of the first exercises I worked with him on was having him lie on his back and reach for a toy with his right arm. I would do victory laps when he would reach up and tap the ball. Pure happiness. I have thousands (literally) of videos and pictures just of Amichai reaching up. And a thousand more when he started to grip objects with his right hand. And yet still more when he started weight bearing on his right arm. When he started crawling. When he stood up for the first time on his own. I don’t even need the video – I can close my eyes and see him slowly getting up, a little wobbly, a little unsure about what it is he’s actually doing – and then he’s up – laughing uncontrollably, smiling with pride. All parents I imagine experience this same excitement, but it was so momentous for me because I had come to understand that these milestones aren’t a given, that sometimes they are anything but standard… I can hear myself laughing with him. Celebrating with him.

And still today, every time Amichai opens a draw with his right hand or walks down the stairs consecutively – even jumping off the last step – these are major moments of celebration. We dance, we give each other high fives, we do a victory lap together. I hope our enthusiasm never wanes. My database of pictures continues to grow. Every day moments that have been elevated. And if I don’t always notice at first, Amichai is certain to point it out. We will invariably always be rushing around in the morning, trying desperately to get out the door. He will stand there in front of me – holding a shoe in each hand. Come on, I say – we are late. And he still stands there, not moving. Finally, I figure it out – Two hands! Yes, you did it! And then he starts laughing uncontrollably, smiling with pride because he knows – he knows there aren’t givens. These are miracles.

Amichai taught me how to see them. 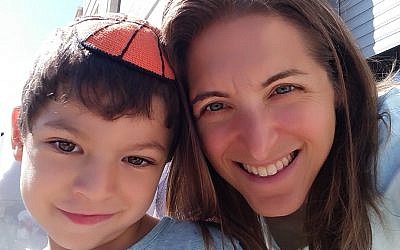 Originally from Philadelphia, Elissa Sagoskin now lives in Jerusalem, Israel. An accomplished athlete and health nut, Elissa works as personal fittness trainer and coach, but her hardest and most satisfying work is that of a mom to her son – Amichai. As Amichai meets the daily challenges of CP, Elissa has redefined for herself what constitutes as a disability and strives to change common misconcpetions in her community. She hopes others will continue to embrace difference and create an envrionment of inclusivity. Elissa writes about her journey with Amichai at www.changeperceptions.net.