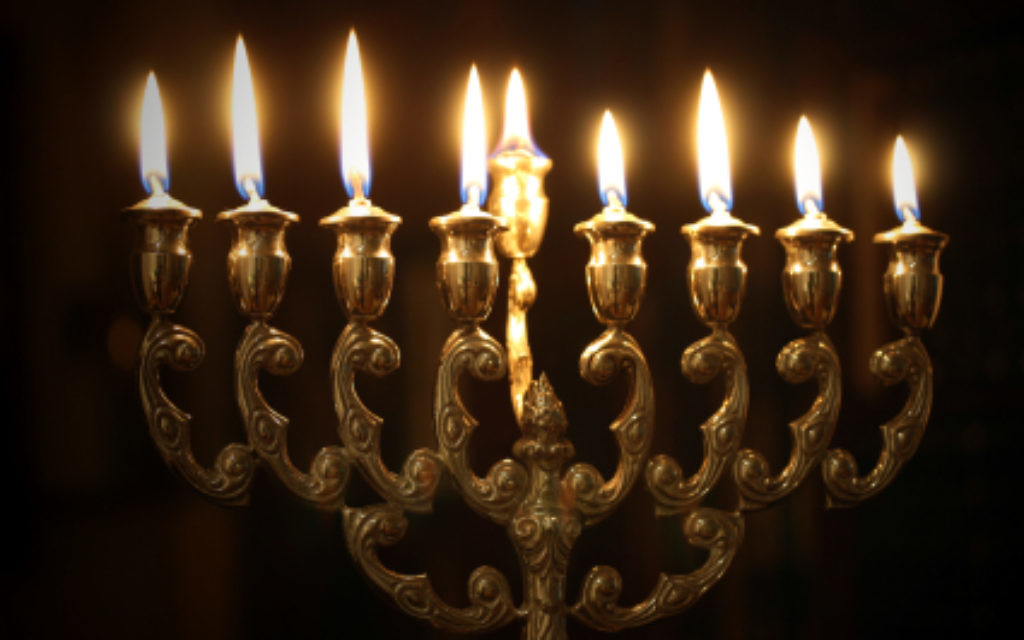 In 1978, The New York Times printed an essay by noted author Anne Roiphe articulating her preference for Christmas over Chanukah. A torrent of critical letters ensued, stimulating Roiphe to undertake a journey to rediscover her Jewish identity. In time she apologized for her misjudgments and wrote in her memoir, “Generation Without Memory: A Jewish Journey In Christian America,” (Beacon Press) how the episode had opened her eyes to the beauties of her Judaic heritage. In 1993, she accepted AJC’s invitation to author a statement for our acclaimed ad series on the theme of “What being Jewish means to me.”

This long-forgotten episode recently resurfaced in an essay maligning Chanukah in The New York Times. The op-ed (“The Hypocrisy of Hanukkah”), authored by novelist Michael David Lukas, ironically echoes some of Roiphe’s earlier tropes. For Lukas, the Romans in the Chanukah narrative are “evil” while the Maccabees are completely pious, blithely ignoring the fact that Rome in the Chanukah narrative was actually an ally of the Jews while the Maccabees hardly lacked flaws.

But far more serious than factual errors is Lukas’s parody of Chanukah, reducing it to a Jewish Christmas consisting of presents and latkes, concluding “at the end of the day it’s all about beating Santa.” Worse, in his historical (mis)construction the Maccabees were religious zealots imposing their fundamentalist understanding of tradition upon all Jews. Without evidence, he presumes the Maccabees would have dismissed him personally for his “fondness for Bernie Sanders or… practice of Reconstructionist Judaism,” two phenomena conspicuously absent from Maccabean consciousness over two millennia ago.

Moreover, Lukas projects his negative portrayal of Chanukah onto the hypocrisy of American Jews, who seemingly celebrate a holiday dissonant with their contemporary values of liberalism and assimilation. Implicit in the article lies a veiled attack upon Jewish nationalism, for the Maccabees served as heroic symbols to 20th century Zionists, who also understood that a Jewish state could come into being only if the Jews were prepared to defend themselves against adversaries.

The distortions here beg for rebuttal: Far from being fundamentalists, the Maccabees instituted change in several directions. First, they legitimated warfare on Shabbat, thereby defeating their foes who believed the Jews would never have recourse to arms on the holy day. More significantly they instituted new commemorations, Chanukah itself as well as days commemorating Maccabean victories. Rather than defining themselves as isolationist zealots, the Maccabees succeeded in forming a broad coalition of all who, regardless of their own religious practice, agreed to resist the Seleucid (Syrian) Greeks in their attempt to proscribe the practice of Judaism and coerce pagan worship. As the late Columbia University historian Elias Bickerman wrote decades ago in his classic work, “From Ezra To The Last Of The Maccabees” (Nabu Press), the Maccabees constituted a third force, incorporating a modicum of Hellenistic culture, including Greek nomenclature, vocabulary, and architecture, while upholding the norms of Jewish law in quest of a distinctive synthesis of Jewish tradition and Hellenistic culture.

Chanukah’s dual message stresses the importance of religious and political freedom and the responsibility, if need be, to fight in defense of those values.

Did they have their faults? Unquestionably. Maccabean descendants went so far as to impose Judaism upon the peoples they conquered, in effect becoming the mirror image of what they themselves had rejected. Yet Judah the Maccabee and his brothers succeeded in accomplishing their twin aims: restore to the Jews the freedom to practice Judaism and secure political independence in the face of Greek tyranny.

Lukas concludes with some ruminations on contemporary American Jews, whom he characterizes as “Hellenists” and “renegade Jews” who the Maccabees likely would have persecuted. Aside from the ahistoricism – American Jews hardly are turning to violence in an internal civil war over who is an “authentic” Jew so much as debating the meaning of Judaic distinctiveness – Jews live within the accepting environment of the United States that encourages their cultural abode within two distinctive civilizations. Never in diaspora Jewish history has there been a society so welcoming of Jewish participation. Although anti-Semitism remains robust in some quarters, American Jews live under a constitution that safeguards religious liberty and in a society that largely abhors religious persecution. If Jews choose assimilation, that remains their right, even as others, perhaps the majority, believe total assimilation is the wrong choice.

Last, Lukas derides the miracle of the cruse of oil as “one of God’s least impressive miracles.” In truth, the event constituted at most a minor miracle, reported only centuries later and whose historicity remains often challenged by present-day historians. Yet here again Lukas misses the point. By Talmudic times, the major Jewish rebellions against Rome had borne catastrophic results. Rabbinic Judaism wisely underscored this “minor miracle” so as to emphasize the spiritual components of Chanukah rather than the military victories of the rebellion. The latter remained an historical memory for Jews but was an ill-advised message for Jews in post-rebellion Roman times. Rather, the rabbis in the Talmud wished to encourage Jews to persevere under Roman rule in relative freedom to practice their faith. Chanukah remained part of national memory but now assumed a far more spiritual dimension of Jewish faith and optimism to continue living as Jews.

What, then, does Hanukkah mean for contemporary Jews? Cynthia Ozick responded to Anne Roiphe four decades ago by saying Jews must integrate the positive values of American culture, and America, in turn, must respect Jews and the rich Judaic heritage Jews embody.

Ozick’s message rings no less true today. Chanukah essentially conveys a dual message: Religious and political freedom are valuable commodities, unfortunately all too often lacking in today’s world. If necessary, Jews – never heirs to a tradition of pacifism – must be willing, like the Maccabees, to fight in defense of those values. Yet they also require a spiritual component, a sense that being a Jew means far more than eating latkes and receiving Chanukah gelt. It does mean being heir to a rich tradition of Jewish thought and practice and transmitting that heritage to future generations.