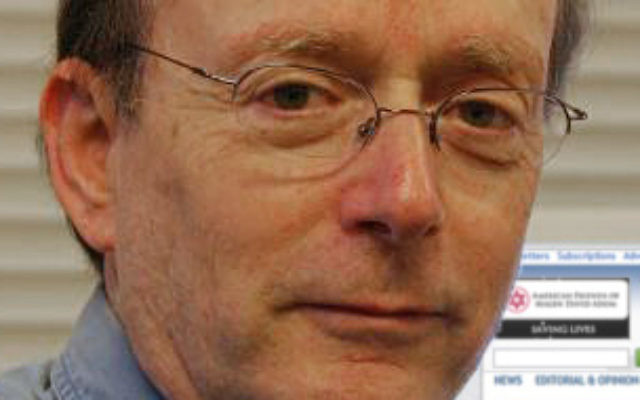 I have often said, only half-kiddingly, that I tend to return from Israel a bit more confused about the country’s major issues than before I left. Reading the news about Israel from my perch in New York, things tend to seem black and white. But when I’m there, it’s the gray that is most evident. That’s certainly true of my just completed month-long experiment in a “working vacation.” (My wife said I was working; I maintained we were on vacation.)

What I discovered in dozens of interviews and conversations with a range of Israeli political, business, religious and thought leaders is more layers, more complexities, more nuance in confronting dilemmas, from the Israel-Palestinian conflict to the religious-secular divide in Israeli society.

One consistent theme that emerged for me is that meaningful and effective change must come from within.

Take, for example, making peace with the Palestinians.

Professor Daniel Kahneman, a Nobel laureate in behavioral economics, addressing the issue from a psychological perspective at the two-day Israel Presidential Conference last week in Jerusalem — perhaps more accurately described as the Shimon Peres birthday extravaganza — presented a thoughtful, logical and thoroughly depressing analysis of why Mideast peace likely will remain an elusive goal. In large part it’s because neither the Israelis nor Palestinians are willing to do what’s required to make it happen.

The situation is asymmetrical, he said, with Israel holding political and military power over the Palestinians. “Peace between superior and inferior powers is quite complicated,” he said, especially if the more powerful party is required to give up something it is comfortable with, and “the costs are huge.”

At a time of relative calm in Israel — one speaker at the conference described Jerusalem today as “a hotbed of civil rest” — the society would have to make “immediate, painful concessions” in terms of giving up land and disrupting the lives of tens of thousands, or more, citizens living in the disputed territories. What’s more, the potential gains of making such a sacrifice are “delayed and uncertain,” Kahneman noted.

Even further, making peace involves trust, and “we hate to trust someone who has betrayed us”; most Israelis feel that their previous voluntary withdrawals from territory, in Lebanon and Gaza, resulted in more hostility and rocket attacks rather than calmer conditions.

Kahneman concluded that he cannot find anything, from a psychological point of view, to be hopeful about except for his belief that some national leaders are capable of convincing their citizens “that the risks are worth taking and the future is worth fighting for” — but that seems a distant possibility today, on both sides.

At another session at the conference, on the topic “Judaism and Women’s Equality,” the panelists were sharply divided. Two American liberals — Rabbi Rick Jacobs, head of the Union for Reform Judaism, and Nancy Kaufman, CEO of the National Council of Jewish Women — called for full equality for women in all aspects of religious and social life. And two haredi Israelis — Adina Bar Shalom, founder and head of the Haredi College of Jerusalem for women, and Rabbi Mordechai Neugroschel of the M’orot HaTorah yeshiva near Jerusalem — insisted on adhering to traditional halacha, with its separate roles for men and women.

It was the fifth panelist, Ruth Gavison, a renowned law professor and founder of Metzilah, a center for Zionist, Jewish, humanist and liberal thought, who offered a possible solution to the intractable problem.

Having long addressed the challenge of assuring equal rights for women in a Jewish society, she said the only common ground in the panel’s discussion was that both parties feel Judaism is important to them.

“We all need to think how, together, we can make Judaism a relevant force in the modern world,” she said, without imposing one’s religious views on others. She noted that there are three levels to the issue — religious, social and legal — and that it is false to assert, as Rabbi Neugroschel did, that halacha, or Jewish law, does not change. (For example, rabbinic sages in centuries past created and enforced laws allowing Jews to charge interest and to maintain ownership in the land of Israel, circumventing biblical injunctions.)

Asserting that no social or legal changes regarding women’s rights in Israel are possible unless religious leaders endorse them (or at least do not oppose them), Gavison made the case that social pressure from the outside can prod the rabbinic authorities to make internal accommodations to halacha.

“Halacha is the creation of the tradition,” noted Gavison, who along with Ya’acov Medan, an Orthodox rabbi, created a comprehensive proposal for dealing with issues of religion and state in Israel. “The only way to change halacha is through the social process, and the legal, from within halacha,” when the religious leaders see that society cannot live with the status quo.

“It’s a fascinating internal struggle that takes place within halacha,” she said. “We must facilitate, not coerce. And we must be patient.”

That same logic could be applied to the controversy over compelling haredi young men to perform national service, including the army. The new minister of finance, Yair Lapid, made compulsory service for haredim a keystone of his successful campaign in the national elections in January, and it is clear that the majority of Israelis deeply resent the fact that most haredi young men do not serve in the army and remain in yeshiva rather than join the work force. Plus, these men’s large families are supported by the government.

But a number of people I spoke with, including those highly critical of what they call the haredi drain on society, argue that forcing the issue through law would only exacerbate the problem, pushing the haredim to resist, perhaps even violently, and to see themselves as the victims of intolerance and hatred by their fellow Jews.

Better to work with the haredi community quietly, under the radar, and continue to encourage them to take part in national service and help train them to join the work force, the argument goes. Such efforts in recent years have met modest, and growing, success. It would be a grave mistake, the critics say, to threaten haredim with jail terms for avoiding national service.

It’s another example of an issue that takes on more complexity when explored in some depth. And it strikes me that one’s attitude toward many of Israel’s most vexing issues depends on whether one sees the society — or elements of it — as under threat or asserting a healthy new confidence.

Are We Ready To Repair The World?

This idea hit home for me during a panel discussion I moderated on “Tikkun Olam”: A Passing Trend or a New Judaism?” at the presidential conference. The five presenters — from Israel, the U.S. and England — are involved in worthy projects caring for others. Alma Zohar, an Israeli pop singer, said her social activism on behalf of African refugees and asylum seekers in Israel has hurt her popularity. Gal Lousky, founder of Israel Flying Aid, a volunteer group that delivers life-saving aid to people in communities around the world affected by natural disasters and human conflict, including countries that lack diplomatic relations with Israel, revealed at the session that her group has been helping innocent citizens from Syria for a year and a half, under the political radar.

Some say that the phrase “tikkun olam,” and the ancient Jewish concept of repairing the world, have been usurped by young American Jewish liberals, and that the phrase has not only become a mantra and cliché but almost a replacement for traditional Judaism. It seems to be less about serving God than saving mankind. There are those who note that rabbinic Judaism has taught that our first obligation is to care for our own before addressing the needs of the larger world. Others point out, though, that social justice and humanitarian causes are an important, meaningful entry point back into Judaism for those who no longer relate to its ritual aspects.

Surely, doing good is not an either-or choice. One can, and should, strive to help one’s fellow Jews as well as all those in need; it is Judaism, after all, that taught the concept that every human is created in the image of God.

The question is whether we see Israel and the Jewish people today as inner-focused survivalists, under threat from hostile neighbors, a nuclear Iran and internal division? Or do we view the Jewish state and people as confidently prepared to take on a wider, if not global, role in serving mankind? Are we the children of Noah, who saved his own family on the ark while the rest of the world perished, or the children of Abraham, who sought out and welcomed strangers and even argued with God to save a city of sinners?

We need to be both.

Israelis have done a remarkable job of compartmentalizing their hopes and fears, their worries and joys. Even as the region has become increasingly dangerous, they have maintained their social equilibrium and created a society that pulses with an energy consisting of talent, chutzpah and optimism. One senses that spirit in the new Knesset, where almost half the members are first-time politicians bent on change. But I return home convinced that lasting and positive progress will come not from defeating one’s political enemies but from working with them — in the Knesset, in the religious sphere or at the peace table. And that may still be more a messianic vision than a realistic agenda in the Jewish state today.