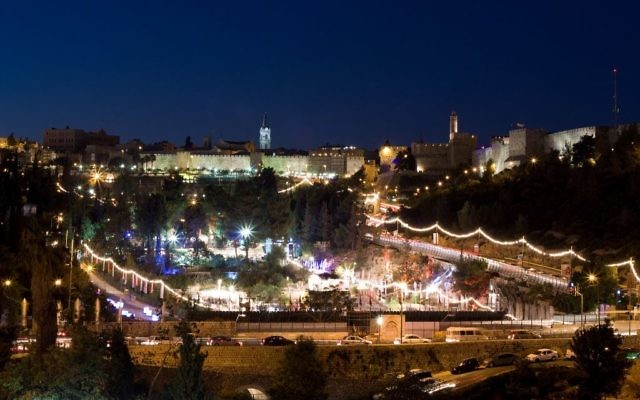 Israel’s capital has welcomed visitors for ages. But with the 50th anniversary of Israel’s Six-Day War and its territorial legacy, Jerusalem is encouraging guests to see the city in a series of new lights.

There is plenty here to surprise even the most regular visitor: a wider range of accommodations, a vibrant culinary scene and very new art in very old places. The paradoxes of a rapidly evolving yet deeply traditional city invite exploration more than ever.

Start by checking in at one of the city’s new boutique hotels, which are giving Tel Aviv a bit of competition.

Minutes from the Old City is the Villa Brown, Jerusalem’s newest boutique hotel, in a 19th-century mansion overlooking the Russian Compound. From the Tel Aviv-based Brown Hotel Group, the 24-room villa boasts the kind of stylish touches more typical of that city: a roof spa and terrace, lavishly restored Ottoman-era interiors, a subterranean “cave bar” and a garden bistro. 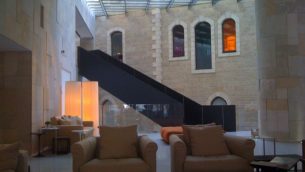 Another recent opening is the Bezalel Hotel, the latest from Atlas Boutique Hotels, which has stylish properties throughout Israel. Just steps from the Machane Yehuda Market, the Bezalel reflects its arty neighborhood with an interior dedicated to Israeli art and artists, quaint tiled walls and a dining room lined with bookshelves.

Across the street, Café Bezalel occupies a sunny corner and attracts weekend brunch crowds with that rarest of Jerusalem perks: It’s open on Saturdays. 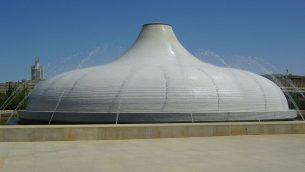 The Israel Museum has a lot to offer during the summer months, including special exhibitions, music, and the popular Wine Festival. Wikimedia Commons

Another rarity is on view at the Israel Museum — the country’s first-ever exhibition of works by Chinese artist and dissident Ai Weiwei. Spread across the third floor, Ai’s large-scale, provocative installations — incorporating photographs, graphics, sculptural elements and video — explicitly address the political questions of our time, from Nazi-era allusions to modern-day refugees in Greece.

The Ai Weiwei show is yet another signal that Jerusalem intends to challenge the dominance of Tel Aviv when it comes to contemporary art. Foodies and musicians have been marveling at Jerusalem’s cultural renaissance for years; now the art cognoscenti are starting to pay attention.

With the 2015 opening of the Rosenbach Contemporary in the King David Street area, Jerusalem got its first major gallery devoted to contemporary Israeli artists. But it’s far from the only cutting-edge space devoted to visual expression — or to the cultural pluralism that is its subtext. 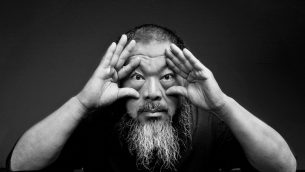 On view now is Israel first-ever exhibition of the work of Chinese dissident artist Ai Weiwei, at the Israel Museum. Imj.org.il

Nearby, the vivid primary colors that explode from the Art Time Israel Gallery are a shocking contrast to Jerusalem’s time-worn, sand-hued streetscape; it’s a place where you might see a Day-Glo bust of Einstein. Afterward, head across the street to the Mamilla Hotel for a drink with a view at one of Jerusalem’s best rooftop bars.

Farther south, set amid the parks around the Mishkenot Sha’ananim cultural center, Dwek Gallery is a nonprofit organization that exhibits Israeli contemporary art and hosts events like a writer’s festival.

To get a feel for the burgeoning scene, consider taking a private tour. One good bet is “Contemporary Art in Jerusalem,” an online guide launched two years ago that takes visitors into artist studios for chats with the creators, around back alleys to check out street art and through galleries large and small.

The Dwek Gallery in Jerusalem. Via mishkenot.org.il

This being Israel, politics are always near the surface. The probing questions of Levantine coexistence are at the heart of this year’s Jerusalem Season of Culture, the annual summer festival from the capital’s cultural renewal initiative, Mekudeshet.

Throughout August and September, check the festival’s calendar for cultural happenings — fashion shows, concerts, culinary events and an “urban ceremonies” series. From Lebanese rock to an Egyptian Andalusian orchestra and a closing party at the Tower of David, this summer’s lineup celebrates the diverse cultures that animate modern Jerusalem.

That diversity is also on view in the much-hyped “Soul of the Land” exhibition, which features arresting images of Israeli life from the 2016 photography book “Passage to Israel.” After recent New York exhibitions at the Anderson Gallery (with a performance by Matisyahu at the opening reception) and The Brownstone, the exhibition is on view through July at the Jerusalem Theater. 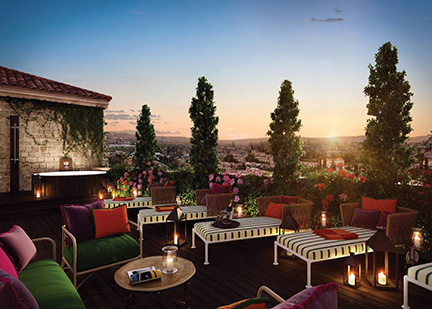 The rooftop spa and terrace at the Villa Brown hotel, a boutique spot in Jerusalem near the Russian compound. Courtesy of Xhibition

Jerusalem’s biggest art fair, Hutzot Hayotzer, overlaps with the Israel Museum’s Wine Festival during the second week of August. Since both the Jerusalem art world and the Israeli wine scene are in full flower, the annual events provide opportunities to mingle with local artisans. Beginning Aug. 7, artist stalls and nightly concerts light up the Sultan’s Pool; in the museum garden, more than 60 wineries sample their latest vintages.

And if you happen to be in town this month? Catch the excitement of the Maccabiah Games, the so-called Jewish Olympics, which run through July 18 and celebrate the 50th anniversary of Jerusalem’s reunification with multiple events throughout the city.