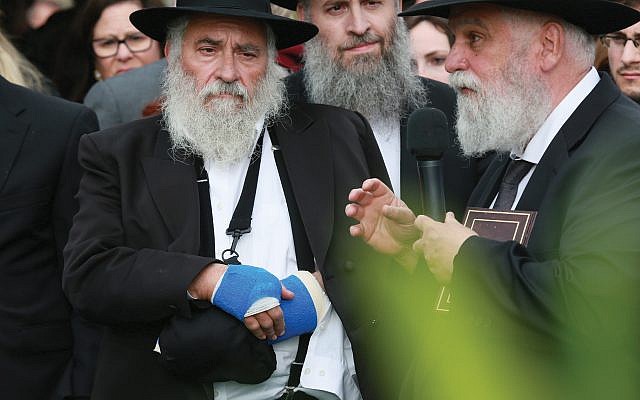 Rabbi Yisroel Goldstein, spiritual leader of Chabad of Poway, Calif., who was shot in both of his index fingers by a gunman who stormed into his synagogue during last Saturday’s morning service, was raised in Crown Heights, Brooklyn, and has a strong connection to Suffolk County, L.I.

Beginning in 1978, he served for two years as a camp counselor at Lubavitch camps in Suffolk County after attending the Rabbinical College of America in Morristown, N.J.

“He has a very charismatic personality, he is dedicated to people, selfless and giving,” said Rabbi Tuvia Teldon, regional director of Chabad Lubavitch on Long Island. “He has had tremendous success in California. He has an amazing message. He has said we have to be stronger Jews and not be intimidated by anti-Semitism — we must not cower from this.”

He recalled that Rabbi Goldstein worked with many different youth groups and regularly visited different synagogue Hebrew schools to organize programs for the holidays.

“In those days, Chabad was welcomed in all Reform and Conservative synagogues, and we created excitement about Judaism,” Rabbi Teldon recalled. “He was like a pied piper with kids all over Long Island — creating positive events and experiences for Jewish children.”

He said he remembers Rabbi Goldstein working with one particular family in Lake Grove that belonged to a Conservative synagogue. Over time, he said, the family became more and more observant and eventually “the whole family became Orthodox.” 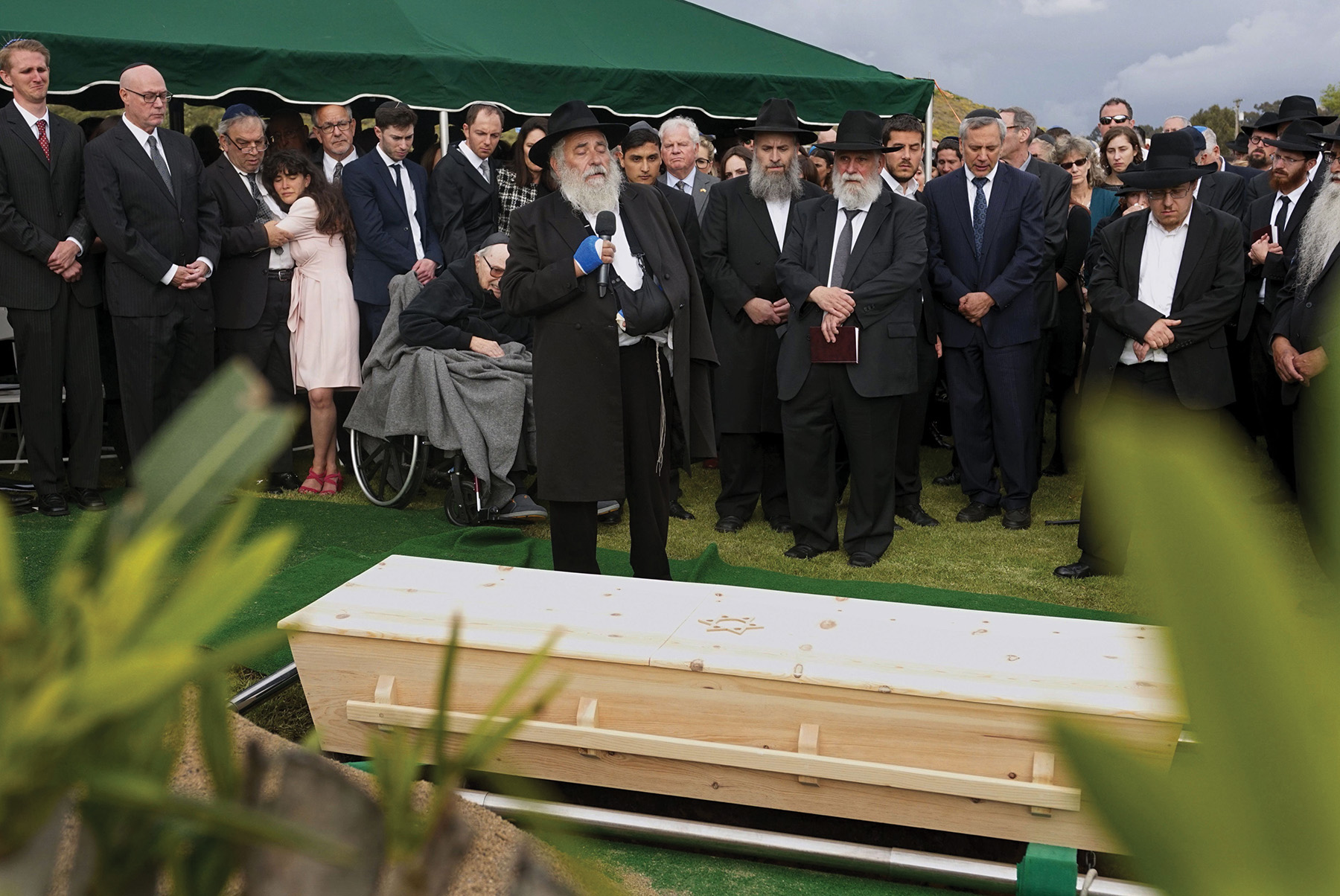 Rabbi Yisroel Goldstein of the Chabad of Poway officiating at the funeral of Lori Gilbert-Kaye, who was killed in the attack. Rabbi Goldstein was shot in the hand and lost an index finger.

In response to the Poway shooting, Rabbi Teldon said his organization sponsored in Dix Hills, L.I., this week a rally in solidarity with Chabad of Poway. He said that at his request, Rabbi Goldstein recorded a message for the event. In it, he said: “We will not fear, no matter what comes our way, but rather we double our strength and our energies. We are beginning to process the amazing achdus yisrael, the unity that the Jewish world has. Yesterday could have been my funeral.”

Rabbi Goldstein told NBC News that he had been washing his hands right before the start of the Yizkor memorial service last Shabbat when he heard a loud noise.

“I turned around and I was face-to-face with this murderer-terrorist who was holding this rifle and looking straight at me,” he said, adding that he instinctively raised his hands as the gunman began firing.

The gunman then turned his weapon towards Lori Gilbert-Kaye, a 60-year-old congregant, and shot and killed her at point-blank range. The rabbi said he had known her since he moved to Poway and started the congregation 33 years ago. They developed a friendship over the years and when the rabbi’s daughter Baila was married in Brooklyn last April, she attended.

After Gilbert-Kaye was shot, the rabbi had a choice of either running to her or running to a group of children who were gathered near an exit. He chose to rush to the children and escort them out of the building, wrapping them in his prayer shawl.

In his message to the Dix Hills, L.I., solidarity rally, he observed: “We saw so much darkness, but we also saw so much heroism.”

A Message From Rabbi Goldstein of Chabad of Poway

Words of wisdom, pain and healing from Rabbi Goldstein, the rabbi of Chabad of Poway.Learn more about what happened and how to get involved: chabad.org/lxsk5q