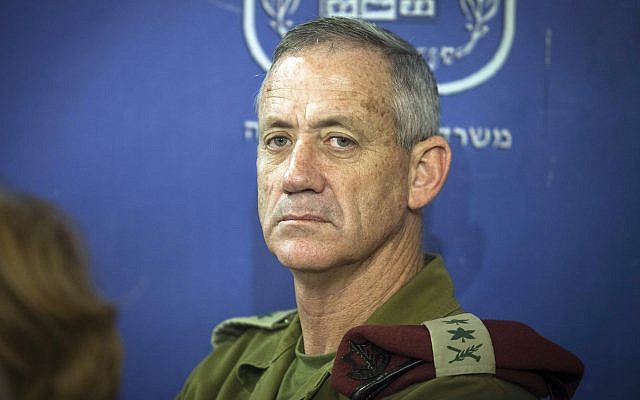 another fraught election campaign ahead of an April 9 vote. Despite polls predicting his Likud Party would emerge as the largest party yet again, the prime minister is facing the likelihood that he’ll be indicted in the coming weeks by the Israeli attorney general on bribery charges in three separate corruption cases.

But is there any figure from center-left parties that can mount a credible challenge to Netanyahu? Indeed, one advantage that the prime minister has going for him as the campaign kicks off is that he faces a fractured opposition.

Recent election surveys suggest that Likud would get around 30 of the Knesset’s 120 seats, roughly doubling the size of the nearest challengers. Moreover, Netanyahu significantly outpaces all potential rivals on the question of who is most suited to be prime minister, though new polling suggest that the gap may be closing.

“The No. 1 issue in Israeli elections is who can take care of us best — you have to be credible on that, or no one will listen to you,” said Jonathan Rhynhold, a political science professor at Bar-Ilan University. “Bibi holds that card.”

But Netanyahu remains vulnerable: A recent Channel 2 television poll suggested that 52 percent of the Israeli public would like to see a new prime minister emerge from the elections, and 51 percent believe he should resign if he is indicted. 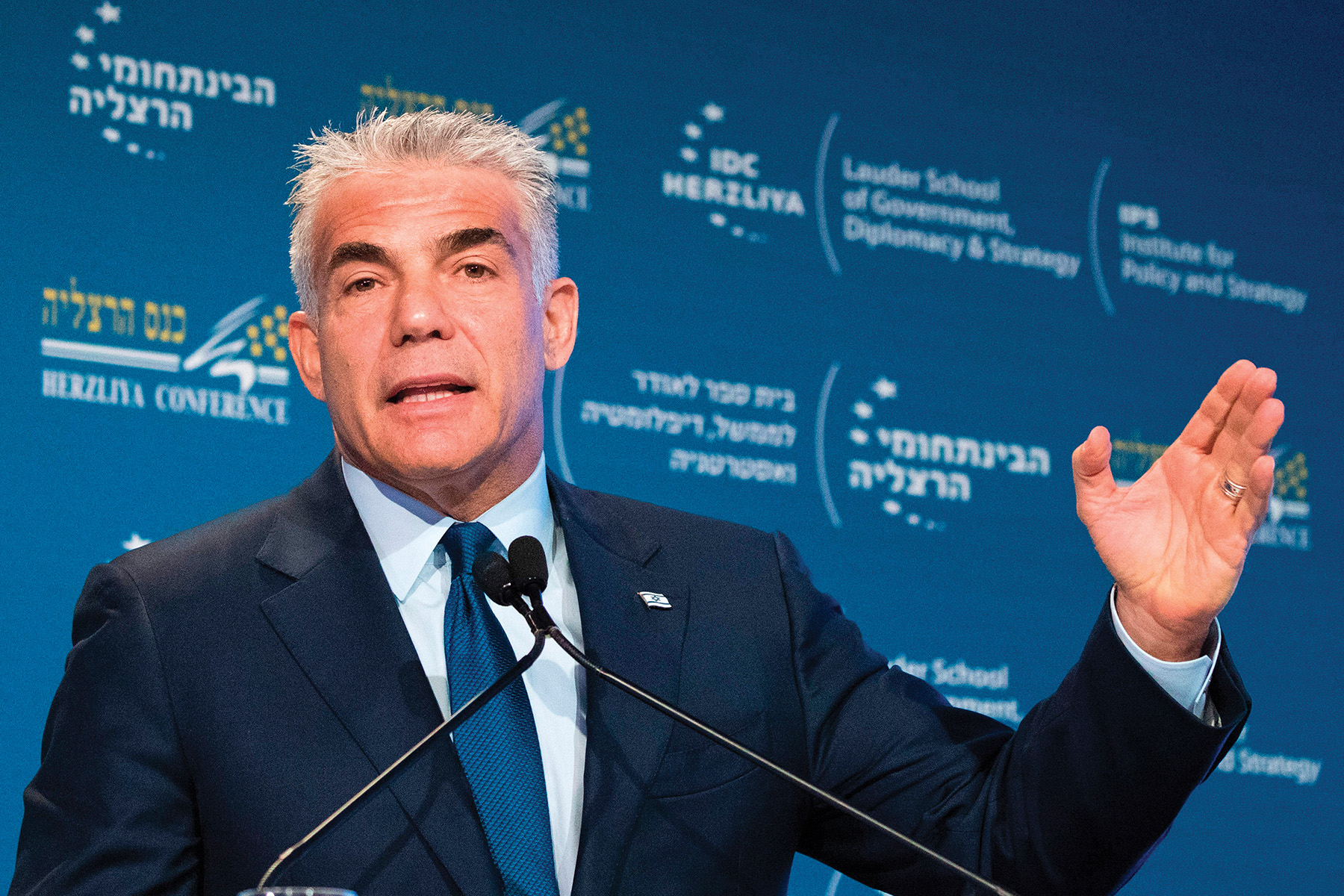 Yesh Atid Party leader Yair Lapid. Would he and Benny Gantz join forces in bid to shore up the center? Getty Images

Who is the nearest competition for Netanyahu from the center-left? Two politicians stand out. After the announcement of the upcoming election last month, former army Chief of Staff Benny Gantz announced the formation of a new party, dubbed “Hosen l’Yisrael” — Resilience for Israel. The party is expected to seek support from the Israeli center and the so-called “soft right,” sectors of the Israeli electorate that might either be tired with Netanyahu’s leadership or opposed to him continuing as prime minister following an indictment. A Channel 10 poll on Tuesday had Gantz within three percentage points of Netanyahu (41-38 percent) in a head-to-head matchup for prime minister, with 21 percent undecided.

Gantz becomes the latest former chief of staff to dive into the political fray and challenge for the premiership. Amnon Lipkin Shahak did the same thing in 1999, and Yitzhak Rabin did it in 1974. Ehud Barak became prime minister four years after leaving the army. Moshe Yaalon and Shaul Mofaz have both served as defense minister. That’s because military chiefs often wield potent political power in Israel by being able to speak forcefully on the issue of security.

“It’s because of the nature of the existential problems Israel must meet,” said Avraham Diskin, a professor of political science at Hebrew University. “Israel sees itself as fighting for its very survival. Who is the most important person in that? The chief of staff. That means the chief of staff is a [political] phenomenon.”

But aside from announcing the formation of his new party, Gantz has yet to issue a single policy position or take a stand on an issue, earning him the ridicule of political rivals. Netanyahu’s Likud allies have already gone on the attack against Gantz. Media reports speculate that his performance leading the 2014 Gaza war will become fodder for attack in the campaign.

“The conventional wisdom is that when he starts speaking, people will start to abandon him and the poll numbers will go down. But maybe he’ll sound pitch perfect,” said Dahlia Scheindlin, a public opinion expert and political analyst. “Still, it’s hard to imagine his party going from zero to 25 seats.”

The other potential challenger to Netanyahu is Yair Lapid, head of the centrist Yesh Atid Party. Lapid’s party had been polling on par with Likud or close behind in 2016 but has since dropped back. Ever since, Lapid has been considered one of the leading rivals to Netanyahu — a de facto opposition leader.

In 2013, Lapid’s first run for the Knesset, he channeled frustration over the high cost of living into 19 seats in the parliament, and was finance minister under Netanyahu. Analysts see a political merger between Gantz and Lapid as possessing the most potential to create a party that could mount a challenge to Likud.

“The most important to alliance to look out for is between Gantz and Lapid; both are trying to form centrist parties that are occupying a similar political real estate,” said Yochanan Plessner, head of the Israel Democracy Institute, in an election podcast by The Israel Project.

“Rather than having two parties of between 10 to 15 seats, it creates one centrist block that can have anywhere between 25 to 30, and can create momentum, and an election campaign is all about momentum. … But they don’t agree on who would be the No 1.”

One of the unknown variables that would theoretically improve the chances of a challenger is a decision in the next month by Israel’s attorney general, Avichai Mandelblit, to indict the prime minister.

Last year, the police recommended Netanyahu be indicted in three bribery cases. In “Case 1000,” Netanyahu, the police allege, accepted hundreds of thousands of dollars’ worth of gifts from Israeli tycoons.

In “Case 2000,” Netanyahu is accused of offering to pass legislation that would improve the competitive position of the Yediot Achronot newspaper against a rival, in return for favorable coverage.

In “Case 4000,” the police alleged that Netanyahu pushed regulations that favored Israel’s telephone monopoly, Bezeq, to the tune of hundreds of millions of dollars; as a quid pro quo, the company’s controlling stakeholder, Israeli tycoon Shaul Elovitch, allowed Netanyahu and his wife Sara — who is also implicated in the case — to dictate content decisions at Walla!, a news website Elovitch owns.

Netanyahu has escalated pressure on the state prosecutor this week. First, he published a social media video calling on the attorney general not to publicize an indictment decision before the election.

And then, in a live prime-time address to the nation he billed as “dramatic,” Netanyahu claimed that the entire legal process against him was biased because he had not been given a chance to confront prosecutorial witnesses face to face. Monday’s address — which one Israeli news channel cut short — was roundly ridiculed across the media and political spectrum as low-grade election propaganda.

“It was a sad performance,” wrote center-right commentator Yoaz Hendel on Twitter. “Another Israeli prime minister who is a defendant, and is behaving like one.”

Though the Labor Party challenged Netanyahu in the previous election with Isaac Herzog and his election merger with Tzipi Livni’s Hatnuah Party, the same is unlikely for the upcoming election. Under chairman Avi Gabbay, Labor is currently polling in single digits — disappointing hopes that an outside leader from Middle Eastern descent could reverse the party’s fortunes. Gabbay’s on-camera surprise break-up with Livni’s party stirred even more controversy and challenges from within the party. Neither political figures seem positioned to offer an alternative challenge to Netanyahu.

“The center-left is split,” said Diskin. “If they all join forces in the center-left, it’s a different issue. You’ll have a party big enough to challenge Likud neck-and-neck.”

Analysts say that three months is a long time in Israeli politics. By the time Israelis go to the polls, several independent parties are expected to have merged. And the attorney general is expected to make an announcement on possible indictment (though polls currently suggest it wouldn’t change the electoral landscape).

“My feeling is that there is a disquiet amongst the public. They are restless,” said Yehuda Ben Meir, a fellow specializing in public opinion at the Institute for National Security Studies. “They know something is happening. Most of the people believe there is something to the charges against Netanyahu.

“The election,” Ben Meir continued, “is not something that’s a forgone conclusion. It’s still an open story.”