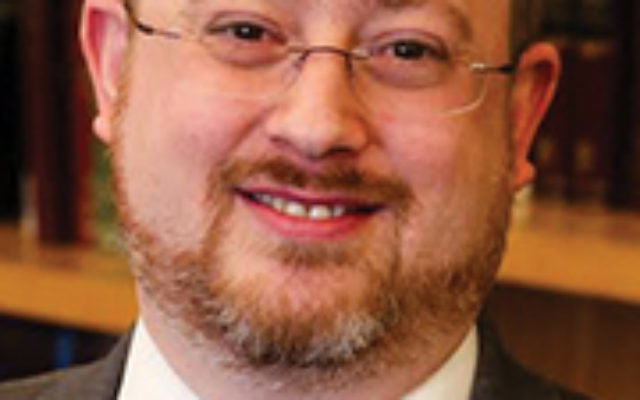 The curses in Bechukotai [Leviticus 26:14-45] at the end of the Book of Vayikra help explain a strange phenomenon relating to this year’s public reading of the Torah. Israel is now reading a parasha ahead of the diaspora because the eighth day of Pesach fell on Shabbat. This year’s imbalance is not corrected until the first Shabbat in August.

This week’s parasha, Bechukotai, helps us understand why this happens.

The Talmud [Megilla 31b] teaches that Ezra established a specific rule for the public reading of the curses appearing in Bechukotai and Ki-Tavo [Deuteronomy 26:1-29:8]. Both of them must be read prior to a major holiday, either Shavuot (Bechukotai) or Rosh HaShanah (Ki-Tavo). However, rather than reading these portions on the Shabbat immediately preceding Shavuot or Rosh HaShanah, the practice developed of reading them two Sabbaths prior [Tosafot Megilla 31b; Shu’t ha-Maharit 2:4; Levush OH 428:4; and Magen Avraham 428:4].

In order to maintain this custom, the diaspora will not “catch up” to the Torah reading in Israel until the end of the summer. This year, because of the Jewish leap year and the configuration of holy days in the middle of the week, there are not enough weeks for this custom to be maintained in Israel.

According to Rav Moshe Shapira [Afikei Mayyim on Shavuot], this takana (enactment) of Ezra is similar to the four special Torah portions read on various weeks preceding Purim and Pesach. On those weeks, in addition to the regular Torah reading, a second Sefer Torah is taken out for the special reading.

This explains a quirk in the Jewish calendar and gives us the background to understand why Israel and the diaspora will remain out of sync in Torah readings until August. But what is the deeper meaning of Ezra’s enactment? Why design the calendar in such a way that the sections with the curses are read soon before Shavuot and Rosh HaShanah?

The Talmud [Megilla 31b] explained the Ezra’s goal was “in order that the year conclude along with its curses.” Shavuot is considered a kind of New Year. There is an opportunity to re-create ourselves at this time of the year, just as there is an opportunity for repentance around Rosh HaShanah. On Shavuot the world is judged through the fruit trees [Mishna Rosh HaShanah 1:2].

The special sacrifice brought on the altar during Shavuot was known as the Shtei Ha-lechem (the two breads). This was one of a few instances in which chametz was permitted on the altar. Two loaves of wheat bread were brought as a “new offering” [Lev. 23:16].

Just seven weeks after we rid ourselves of all of our chametz the Torah tells us to bring the very same item as a sacrifice in the Temple. What is the significance of this strange wheat-based offering? The Rabbis debate what the fruit was that Adam and Eve consumed in the garden [Sanhedrin 70a; Bereishit Rabba 15:7]. One of the opinions is that Adam and Eve ate a stalk of wheat.

Perhaps bringing a wheat-based gift to the Temple on Shavuot was meant to bring us back the world of the Garden of Eden, before the sin occurred. On Shavuot we are given a unique opportunity to renew ourselves through Torah to such an extent that we can return to the idyllic world of the pre-sin Garden.

Ezra’s enactment forces us to face the challenges of our lives by hearing the curses of Bechukotai before the “New Year” of Shavuot, and through that encounter we renew our relationship to God and God’s Torah.

And so, on this Shabbat, two weeks before Shavuot, I would like to wish everyone a Shana Tova! Happy New Year!