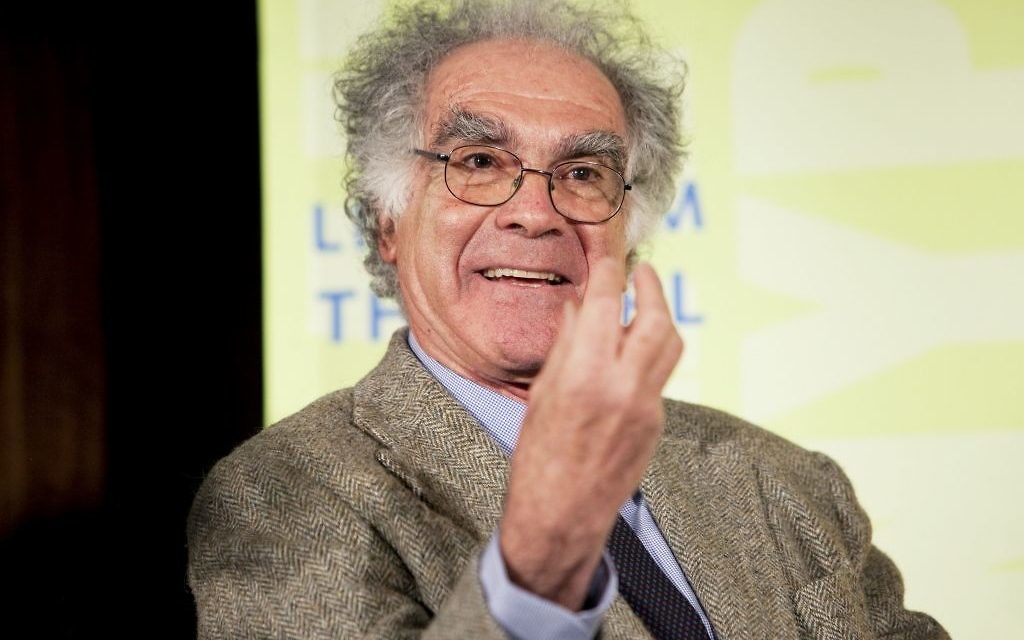 Italian historian Carlo Ginzburg held a packed audience spellbound last Monday at the New York Public Library where he gave the Joy Gottesman Ungerleider lecture. Ginzburg, whom the New York Times has called “the preeminent Italian historian of his generation,” is best known for his pioneering work in microhistory, the study of finely delimited times and events. He turned that evening to his own microhistory with a talk entitled “Being Jewish, Becoming Jewish.”

Ginzburg was born to Italian secular Jews in 1939. His father, a literary scholar, was killed by Germans in an Italian prison in 1944; his mother, Natalia Ginzburg, was a well-known writer and editor at the publisher Einaudi. Ginzburg’s Jewishness is, thus, not defined by observance or religious education – though he regrets his lack of Hebrew. Nor does he believe in identities, those one-word summaries of our selves. Being Jewish, and becoming Jewish, for him, are the still-evolving consequences of intersecting circumstances — to begin with, the obvious ones of being born to Jewish parents. (By Jewish law, Ginzburg isn’t a Jew, since his maternal grandmother was not; but he was Jewish enough to be entered as such under the Fascist racial laws.)


So much for “being Jewish.” Ginzburg dates the commencement of becoming Jewish to the moment when his grandmother gave him a gentile alias during the war, writing the name “Carlo Tanzi” in the boy’s copy of “The Happiest Child in the World.” Ginzburg continued his investigation – to somewhat less personal areas, such as his understanding of how ambivalence, holding two perspectives at once, is important to him as a historian and as a Jew, and on; to the broadly historical, such as his study of prefiguration, the practice of finding parallels in Christian scripture to their Jewish predecessors.


Although his interlocutor, Paul Holdengräber, set Ginzburg off and running, it was hardly an interview. The interest came from following Ginzburg’s capacious and agile mind as he coursed over the fields of his work and life, his sentences leaping into paragraphs, stopping short when he asked himself a question, then turning precipitously onto a different path. In Isaiah Berlin’s locution, Ginzburg is a fox, not a hedgehog. Unsurprisingly, there was no final answer to what “becoming Jewish” means to Carlo Ginzburg – since this process is not yet finished.
The entire conversation may be heard here.

Elizabeth Denlinger is a curator at work on a novel about a boarding school in 1955.