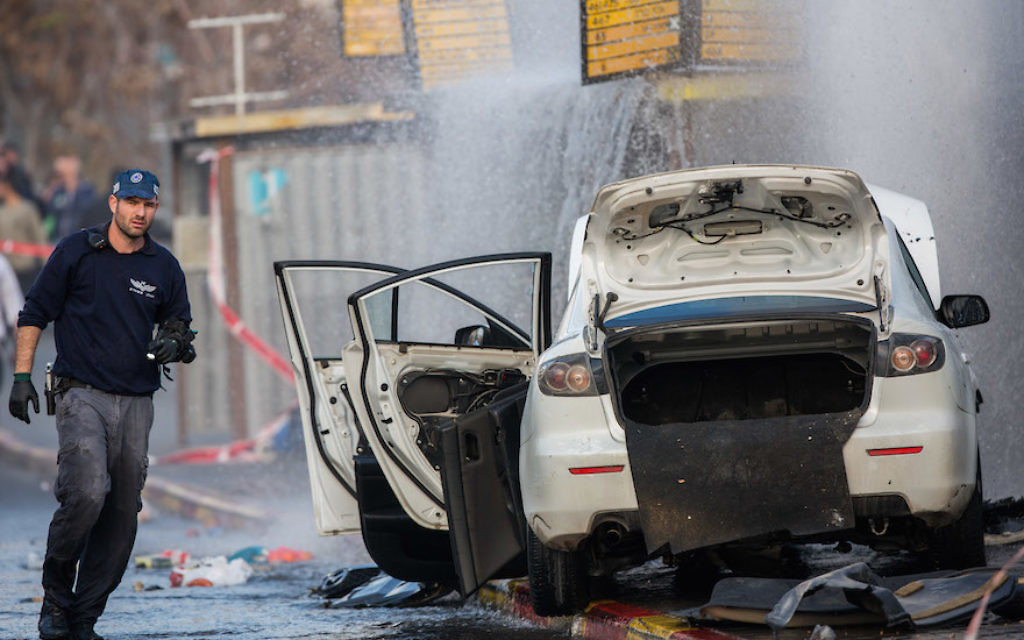 A baby was among 11 people injured in a car ramming attack at the entrance to Jerusalem.

The driver, identified as a 21-year-old Palestinian man from eastern Jerusalem, drove his car into people waiting at a bus stop near the Chords Bridge at the western entrance to the city on Monday afternoon. The car also struck a fire hydrant, causing water to flood the area.

An axe was found in the car, according to police. The driver was shot and killed by an armed civilian identified as a security guard, according to reports.

The 18-month-old boy and an elderly woman were moderately injured in the attack and nine others were lightly injured.