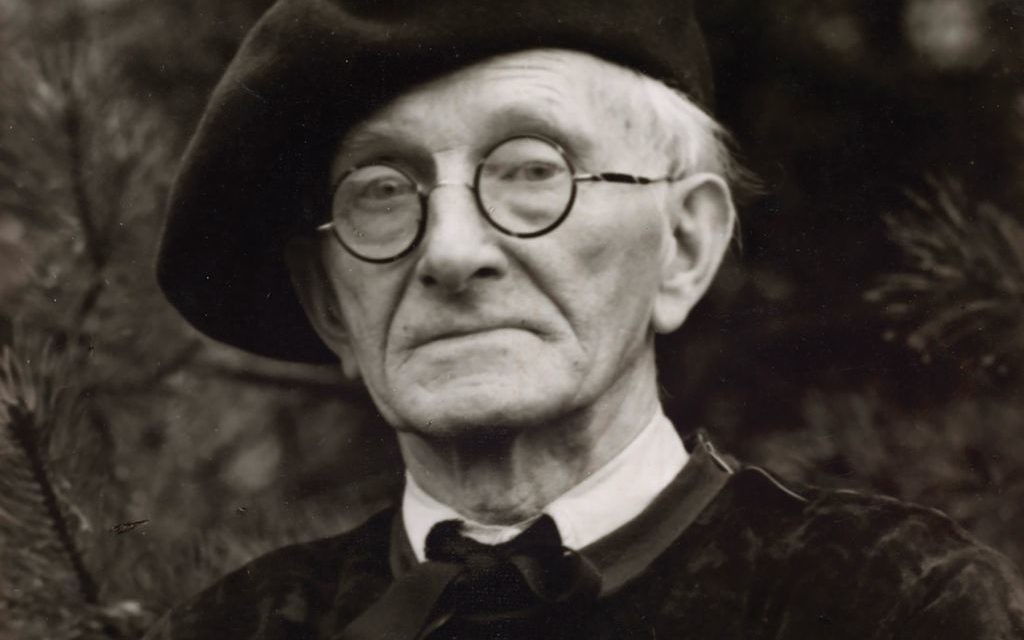 August Sander was an exceptional witness to German life before and between the World Wars.

A pioneering photographer who began working at the end of the 19th century, Sander photographed landscapes, nature and people, but it is his portraits that have influenced generations of photographers. An exhibition of his work — a sampling of his huge oeuvre — at Hauser and Wirth includes 40 rare large-format prints of portraits made between 1910 and 1931 and printed by his son Gunther Sander. The exhibition was organized by the gallery along with Gunther Sander’s son and grandson, gallerists Gerd Sander and Julian Sander.

“I hate nothing more than sugary photographs with tricks, poses and effects. So allow me to be honest and tell the truth about our age and its people.”

A viewer encountering these photographs, some of them taken more than a century ago, can’t help wondering about the stories behind the poetic portraits of farmers, philosophers, police officers, beggars, blacksmiths, missionaries and others; the works are titled not by name but usually by profession. A prolific artist, Sander photographed on commission or photographed people he encountered in daily life or while biking around the countryside, portraying all his subjects with great dignity.

“I knew these people, I spoke their language,” he wrote in the introduction to a portfolio of early images.

The subjects look at the photographer with a steady gaze, no smiles, in classic poses. They usually stand in the front and center of the photo, and the backgrounds are natural settings, all making for striking imagery.

“I hate nothing more than sugary photographs with tricks, poses and effects. So allow me to be honest and tell the truth about our age and its people,” Sander wrote.

His “Lackarbeiter” (Varnisher) stands in a long apron, his strong arms balancing a container of varnish. The “Dienstmann” (Porter) holds his hat in his lap, and looks like he might be sitting down for the first time that day. The three sturdy young men in “Strassenarbeiter im Ruhrgebeit” (Workmen in the Ruhr) are grasping their tools, against a background that’s slightly blurred and could be a painting. One has a hint of a smile. There are women too, including the “Konfirmandin” (Confirmation Candidate), wearing a high-necked dress, with fields behind her.

“He was creating a picture, not just recording. He was always seeing, observing, thinking — documenting what he understood.”

“He captures the humanity of people,” Julian Sander says in a conversation at the gallery, “the ways they do or don’t conform to society.” He explains that his great-grandfather would sometimes alter imagery to create his vision. “He was creating a picture, not just recording. He was always seeing, observing, thinking — documenting what he understood.”

Born in Herdorf, a mining town near Cologne, Sander was the son of a carpenter. Growing up, he faced a future in the mines. Once, as a young boy, he accompanied a photographer to the mines, carrying his equipment as a helper. The photographer let him look through the lens, and that changed everything for Sander. As Gerd Sander says at the Gallery, “he wanted to stay with the light. At that moment, he decided this was what he wanted to do with his life.” An uncle helped him buy his own equipment and set up a darkroom. He apprenticed to others, but mostly learned photography on his own by reading, watching, drawing and shooting pictures. Sander served in the military from 1897 to 1899 as a photographer’s assistant, and spent the next years wandering across Germany before moving to Austria to work for a photographer and then returning to set up a studio in Cologne in 1909.

The photographer amassed images that provided a cross-sectional view of the German population between the two World Wars. In 1927, Sander showed 120 photographs in Cologne in an exhibition titled “People of the 20th Century” and then published his first book, with the same title. At the time, he hosted radio lectures on photography.

In 1934, his son Erich, a member of the Socialist Workers Party, was arrested and sentenced to 10 years in prison, where he died in 1944. A few times, August Sander was interrogated by the Nazis because of his son. Sander refused to hang the Nazi flag outside of his home. Then, in 1936, the Nazis destroyed the printing blocks for his book and seized unsold copies because of his presentation of a heterogeneous German society.

In about 1938, Sander began photographing people needing exit visas, probably friends, students and neighbors in Cologne and nearby towns. He named that portfolio of 40 images “Persecuted Jews.” He took those photos not straight on, like his others, but at the angle required for visa photos. Even though these subjects are not looking directly at the camera, their gaze is unflinching and there’s a powerful moment of intimacy. A portfolio of 12 images is owned by The Jewish Museum in New York. Next year, the Memorial de la Shoah in Paris will present a Sander exhibition including the “Persecuted Jews” series. There have been efforts to identify and research the individuals in the photos.

“Many things have not been told yet,” Gerd Sander says. “It’s great that the interest comes now.”

In 1942, Sander moved to a rural area and was able to save most of his plates through the war years. But his studio was destroyed in a 1944 bombing raid. Two years later, many of the surviving negatives were destroyed in a fire. By then, Sander’s son Gunther was working with him, restoring and printing. Gerd, the son of Gunther, also studied photography and printmaking with his grandfather and father. He moved to the U.S. in 1975 and opened a gallery in Washington, D.C., in 1976. His son Julian — a fourth-generation photographer and second-generation gallerist — owns a gallery in Cologne. August Sander died in 1964.

Gunther Sander worked with the negatives that remained — no contact prints exist — and he would have to decipher his father’s notations on the negatives.

“Not much information exists,” Gerd Sander says. “We had a war in between. What he wrote on negatives is mostly what we have.”

When I asked Gerd Sander if his grandfather had religious leanings, he recalls his aunt (August’s daughter) telling a story of their mother asserting, at a religious procession in town, that religious differences were unimportant. “We all believe in the same God,” she would say. 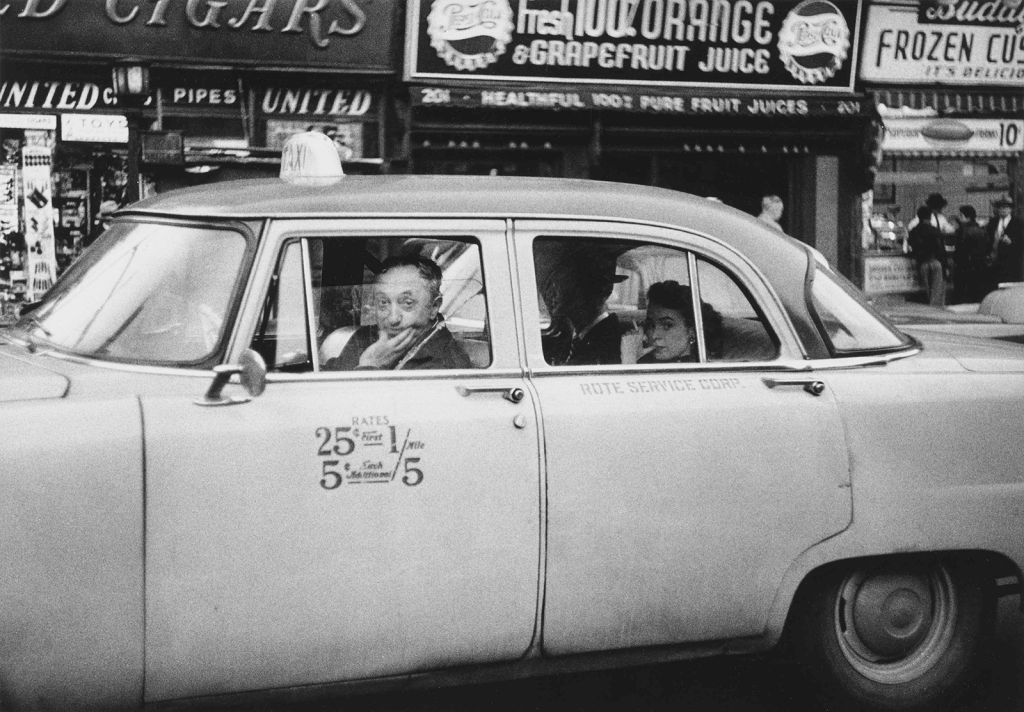 Diane Arbus’ “Taxicab driver at the wheel with two passengers, N.Y.C.” from 1956 ©The Estate of Diane Arbus, LLC. All Rights Reserved

The photographer Diane Arbus, among others, was very much influenced by Sander and, in fact, their work has been exhibited together. Similarly, they caught their subjects looking directly at the camera, with compassion. And, although separated by decades, they were drawn to the same range of people, including those on the margins of society. Sander’s “Boxer” features a pair of boxers, one shirtless, whose stances looks like they might have been facing Arbus behind the camera.

Sander’s work has been exhibited around the world and several volumes of his work have been published, including a seven-volume collection including 650 of Sander’s photographs, “August Sander: People of the 20th Century” (2002). And, a bright crater on Mercury was named Sander, in his honor, in 2008.