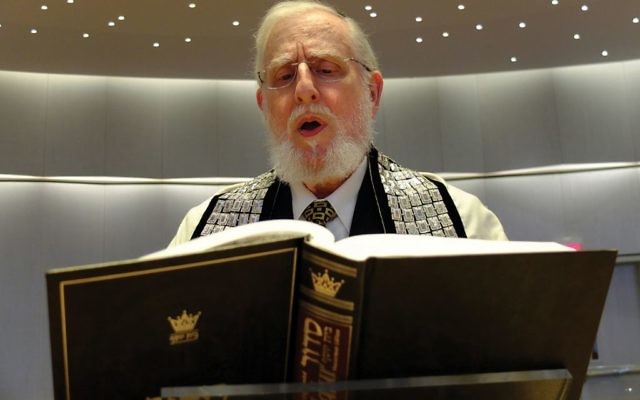 (JTA) — Cantor Sherwood Goffin, the cantor of Lincoln Square Synagogue on Manhattan’s West Side for 50 years, has died.

Goffin, a resident of Manhattan, died on Wednesday at the age of 77.

Known by many as “The Chaz,” Goffin was granted Cantor for Life tenure at the synagogue in 1986, and also served there as the principal for its Feldman Hebrew School, where he taught hundreds of students for their bar and bat mitzvahs.

He was a teacher of Jewish Liturgy and Folk Music since 1987 at Yeshiva University’s Belz School of Jewish Music. He also was the Honorary President of the Cantorial Council of America, the only Orthodox organization of cantors in the world, an affiliate of Yeshiva University.

Goffin recorded Jewish music albums, including cantorial music, liturgical music, folk music and an album from 1970 dedicated to Soviet Jewish refuseniks. He performed until 1995 in venues throughout North America, and in South Africa and Israel, including performances at Carnegie Hall and Alice Tully Hall at Lincoln Center.

Goffin grew up in New Haven, Connecticut and attended high school at Mesivta Torah Vodaath in Brooklyn, New York. He received a bachelor’s degree in psychology from Yeshiva University in 1963 and a Cantorial Degree from the Belz School of Jewish Music in 1966.