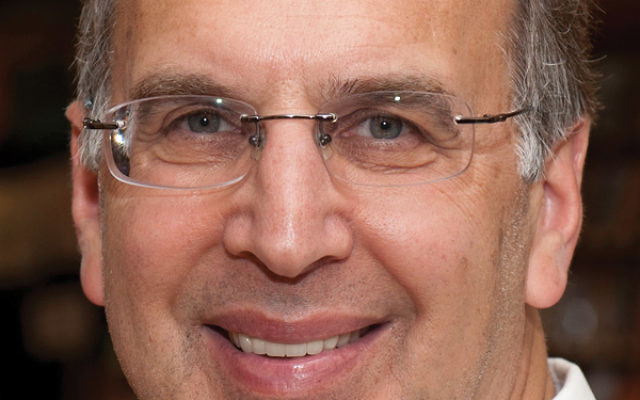 Students of American Jewry often point to 1967 as a watershed in the evolution of the American Jewish community. The anxiety that American Jews felt in the weeks leading up to the Six-Day War was palpable. There was no evidence that Israel could defend itself against any concerted Arab military assault, no less a multi-front war.

Because people most treasure what they are on the verge of losing, identification with and sympathy for Israel skyrocketed. With Israel’s surprising and convincing military victory, Jews had much to celebrate. Sympathy turned quickly to pride in the years that followed, and American Jewry enjoyed a surge of ethnic, religious and Zionist identity.

By the middle of the 1980s there was a growing chorus of voices that warned that Jewish identity could not be built exclusively around the commemoration of the Holocaust and pride in the State of Israel. How healthy is a Jewish identity that is built on a story of Jewish victimization? What are the implications of having one’s religious identity tied to a nation-state whose decisions are driven by domestic politics and changing geo-strategic considerations?

These questions linger. But however valid the questions are, the alternative to building Jewish identity around the tragedy and triumph of 20th-century Jewish history is to create a community deeply devoted to Torah (Jewish learning), avodah (prayer, God and matters of the spirit) and gemilut chasadim (acts of loving-kindness towards one another and a commitment to heal a broken world). Non-Orthodox American Judaism has yet to build that type of community (and the Orthodox fare only slightly better). Instead, our community builds Holocaust museums and memorials in city after city and invests hundreds of millions of dollars in Birthright Israel. As expensive as these projects are, they are infinitely easier to make happen than getting Jews serious about actually living a Jewish life.

I happened to grow up as an observant Jew and was the beneficiary of a day school education. Yet what made me most passionate about Jewish life, and what eventually led me to want to become a rabbi, was my activism in the Soviet Jewry movement and my love for Israel. These “tribal” elements of my Jewish identity are becoming increasingly anachronistic. More and more next-gen Jews see such loyalties as offensive. In last year’s Pew Research Center study, only 43 percent of those surveyed felt that caring about Israel was essential to being a Jew. Among those under 30, that number drops to 32 percent. In a more recent study conducted by Steven M. Cohen, nearly 20 percent of non-Orthodox Jews aged 18-29 were “Israel-alienated.”

Perhaps Birthright will make a difference. Data from past participants show that Birthright alumni are more likely than non-participants to marry other Jews and find ways to connect with the Jewish community. Still, without high-quality follow-up much of the initial impact of a first trip to Israel will weaken. Birthright Next has not yet found a way to capture high percentages of Birthright alumni with Jewish programming. In the wings is a new project coming out of Jerusalem. It is a major attempt to engage young diaspora Jews in some serious Jewish-identity programming with Israel as a centerpiece of a range of experiences. It’s very impressive, but I am concerned that one piece of the puzzle is missing. Since the vast majority of the American participants in these programs will live their lives in America, these programs must make a connection between an Israel experience and the heritage called Judaism. When I was a young adult the link between the two was called Zionism.

Zionism is the meeting point between Jewish history, Jewish heritage and the aspirations of the Jewish people to establish a sovereign nation-state. Because that synthesis resonates with me, I am both willing and proud to call myself a Zionist, even when I find myself in deep disagreement with the policies of one Israeli government or another. At its best, Zionism is nuanced and allows for a variety of interpretations of the kind of society that is created in Israel and the relationship between that state and Jews who live throughout the world.

Our dilemma today is that at the very time that we desperately need an ideological linkage between powerful Israel experiences and the creation of robust Jewish communities for young Jews in America, Zionism is absent from the mix. The term has been hijacked by the left and by the right. Among next-gen Jews I hear arguments that echo the claim of the political left: that Zionism is a form of racism. I also hear other arguments that echo the party line of much of the Israel advocacy establishment: that to be a Zionist means that Jews need to provide unqualified support for Israel because the world is so hostile to the national aspirations of the Jewish people. Even if I accept the second part of that statement, there are very few young Jews who are prepared to simply be Israel flag-wavers.

I believe Israel is the single most important project of the Jewish people of the 20th and 21st centuries. There is much to be proud of after 66 years, but much work left to be done — finding a suitable political agreement with the Palestinian people; strengthening Israel’s democratic principles; achieving true religious pluralism; eliminating institutional discrimination that negatively impacts Israel’s Arab citizens; supporting the renaissance of Jewish culture and learning; incubating new forms of communal life that reflect Judaism’s highest values. This effort should excite, inspire and engage the best minds and hearts in the Jewish world. That would be a Zionism worthy of the term.

Rabbi Sid Schwarz is a senior fellow at Clal. He is the author of “Jewish Megatrends: Charting the Course of the American Jewish Community” (Jewish Lights). He also serves as the director of the Rene Cassin Fellowship Program, a fellowship on Judaism and human rights with hubs in New York, London and Jerusalem for next-gen Jews.